At a secret forum in a private club, the Pima County Republican Party held a forum for 6 GOP candidates for Congressional District 2 in Tucson, where Democrat Ann Kirkpatrick is the incumbent.

The Blog for Arizona obtained a 2-hour audio recording of the closed event, so that the public can hear about the candidates’ opinions. Only registered Republicans were allowed to attend and the media was expressly excluded. (In contrast, Democratic candidate forums are completely public and attract hundreds of attendees.)

About 50 people attended the hush-hush meeting a week ago at the Mountain Oyster Club (don’t Republicans know the name means bull testicles?)

In a bizarre touch, the GOP held a raffle at $20 per ticket to win an AR-15 assault rifle.

The GOP candidates are:

Brandon Martin – He is a repeat candidate who lost the primary in 2018. A hard-right, belligerent candidate, he is an ex-military interrogator. He is the top fundraiser with $62,000 in donations. He and James Schmidt are feral NRA members. 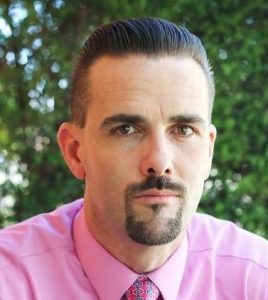 Joseph Morgan – He is formerly an ultra-right pundit for the Arizona Star and radio announcer. He admitted being “an unknown” who is not “well connected.” Morgan plugged his web site so much that the audience started to laugh when he did. Morgan has $22,000 in campaign donations. He says his campaign is “a tireless, irate minority.”

Eric Ruden – A complete unknown with no campaign website, Ruden owns a pest control company in Tucson. He plans to contribute $100,000 of his own money to his campaign. “I could self-fund a lot more, but self-funded candidates tend to do very poorly,” he said.

James Schmidt – He has no donations and is likely funding his campaign with a credit card. Schmidt is a professed conservative Christian from rural Dragoon, AZ. He is the owner of Arizona Ammunition and his wife works at Walmart. “We drive hundreds of miles and see thousands of people and we don’t get donations,” he said.

Shay Stautz – He was the quietest candidate by sound volume. A tea party Republican, Stautz donated $50,000 to his campaign and has $60,000 in loans. He says he has another $150,000 in his bank account. Brandon Martin attacked him as a RINO for his campaign donations to Democrats, even though he is hardly a moderate. 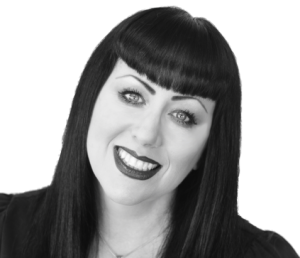 Justine Wadsack – With only $1,900 in contributions, she is a Realtor in Tucson and an avowed Christian who hates Planned Parenthood. A political unknown, Wadsack shocked her friends when she announced as a Republican. She said she won some kind of lawsuit against the state, and she wants to get rid of federal payments for foster care and adoption assistance.

None of them is a serious contender against Kirkpatrick, who has been in Congress a total of 8 years in CD1 and CD2. In 2018 Kirkpatrick trounced Republican Lea Marquez Peterson with 54.7% of the vote. 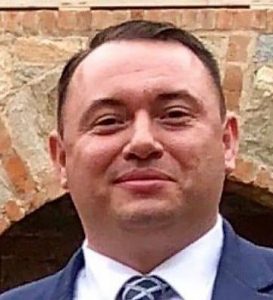 Unexpectedly, the candidates spoke with alarm about the state of the country after three years of Trump and GOP control of the US Senate:

Cutting the Deficit with Cuts to Social Security

When asked about the national budget deficit, Morgan said the deficit is caused by Medicare and Social Security and he recommended unspecified cuts. 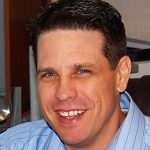 Ruden said it was time to “address entitlements,” but added oddly, “I like making money, and using money, and I like the good things that money can provide.”

In an unforced blunder, Schmidt said, “I remember when this country had a balanced budget.” That was during the Democratic Clinton administration when there was an official surplus of $419 billion during fiscal years 1998, 1999, 2000, and 2001. Schmidt argued that Trump’s tariffs, which are paid for by consumers, would somehow reduce the deficit.

Wadsack would balance the budget by eliminating the Department of Education, food stamps, welfare, and public benefits for “illegal aliens.” She said, “You stop that incentive for these people to come here and utilize our healthcare, our welfare, our food stamps, and you will find billions and billions of dollars you can put back into the system.” 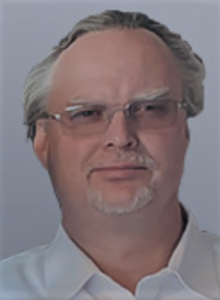 In contrast, Stautz called for an economic policy that increases tax revenue, and for cutting extravagant Defense projects like the Marine Corps C53E helicopter that costs $100 million apiece, and cutting the new $10.8 billion nuclear-capable cruise missiles.

Martin supported Rand Paul’s call for a 2% cut to every federal program except social security.

All the GOP candidates said they were pro-life and that Planned Parenthood should get no federal funds. Only Ruden was a moderate, saying, “I really dislike this issue. It divides our country. Am I going to die on the sword of that particular issue? I probably won’t.

She added, “If we don’t protect our children from the agenda of Planned Parenthood, we’re done as a nation. I’m going to state capitol tomorrow to fight planned parenthood. I want it defunded. I want it gone entirely. No more.”

Not to be outdone, Morgan raged, “I believe Planned Parenthood is the evilest organization on earth today. I believe abortion is state-sanctioned murder. It is the taking of a human life.” He added bizarrely, “There is no way of getting around it, unless the woman is about to give birth to a cat, dog or a cow.”

“This argument that there are all these underprivileged women who will not have access to healthcare is a lie, because we have federal healthcare clinics. Planned Parenthood exists to kill children. They make money from it and they should be shut down post-haste,” Morgan said.

Adding an element of crazy, Martin said the country has a shortage of workers and babies. “You hear the government say we have a shortage of labor and need to import workers. Maybe if we stopped killing the next generation, we’d have enough people to keep working for the country.”

Asked how to fight drug abuse and Mexican drug cartels, Wadsack said simply “build the wall.” Later she added, “I’m not an expert on foreign policy.”

Martin said the drug cartels should be classified as terrorist organizations.

Morgan called that “a knee-jerk reaction,” saying “We need to see one another as our neighbors, and find ways to help addicts.”

Stautz agreed that there should be increased drug addiction treatment and service.

Ruden said wistfully, “we have to influence people on a moral level to change their behavior so drugs are not in demand.”

Schmidt said without explanation, “If the demand is eliminated and stopped, it goes away. Cut off the demand. That’s my answer.”

How to Appeal to Independents

Most of the candidates were unsure when asked how they would appeal to the district’s independents and swing voters.

Martin said he would talk to voters about protecting “life, liberty and property” (not the pursuit of happiness).

Wadsack said she had support from Hispanics, but noted her friends were taken back when she declared as a Republican.

Ruden said he would talk to people about the unfunded liabilities of Medicare and Social Security.

Schmidt said, “You’ve got to knock on doors and ask people what are the issues. I’ll bet the issues are the same as the ones I have. We may have different solutions to the issue. You’ll be amazed at the people you’ll appeal to.”

Stautz just said, “With the right messaging we can bring those independents back to our side.”

The best answer came from Morgan: “It starts with recognizing that these are our neighbors, they are fellow Americans. When you see each other as people, we can look for solutions to the things that affect us all like immigration, healthcare, having an economic development plan.”