Governor Candidates Farley and Garcia Will Restore Education in Arizona

Governor Candidates Farley and Garcia Will Restore Education in Arizona 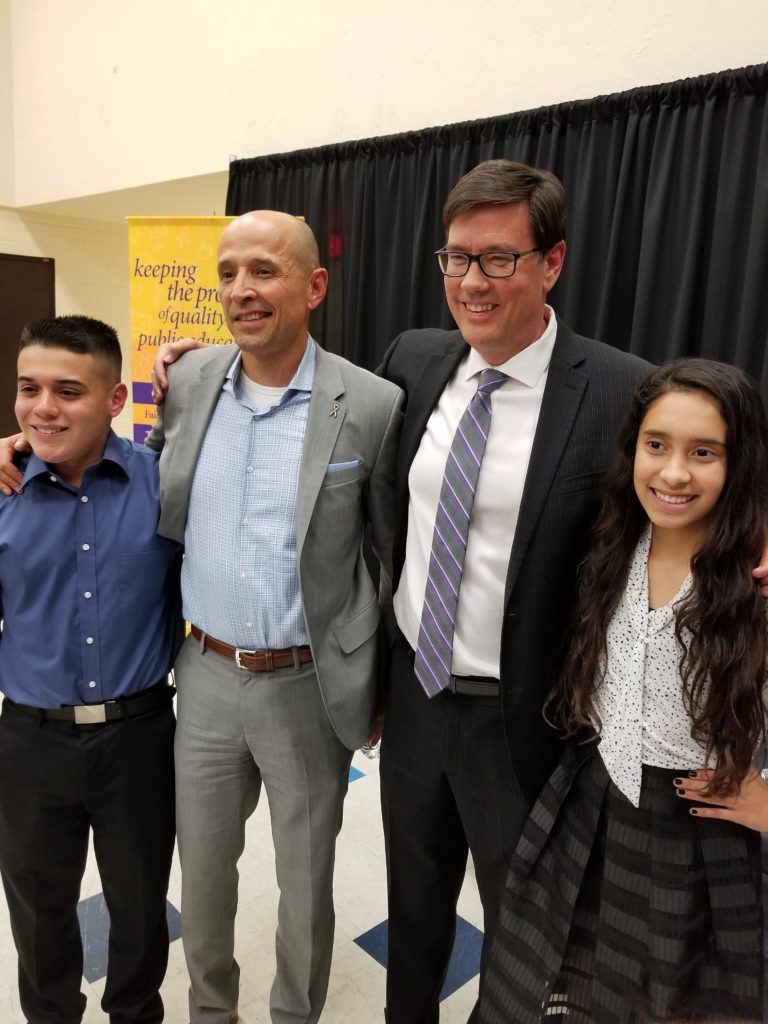 Democrats in Arizona have two outstanding choices in the candidates for Governor: college professor David Garcia and veteran Arizona state senator Steve Farley — both of whom pledged to restore school funding and raise teacher salaries after years of sabotage by the Republican legislature and governor.

They spoke at an education town hall sponsored by the Arizona Education Association at Pueblo High School on the far south side.

Farley pledged to give teachers a 20% pay raise, to fully fund education, to sponsor a constitutional amendment to allow collective bargaining by teachers, and to block deportation of DACA recipients.

He repeatedly spoke in Spanish to the standing-room only audience, emphasizing his Latino heritage, and referring to himself as “The anti-Ducey.”

Farley pointed out that there are 1,300 teacher vacancies in Arizona. He called for a 20% raise in teacher pay. “There are classes doubled up because there are not enough teachers.”

Farley said the teacher raises would cost $750 million, and funding would come from closing 330 corporate sales tax loopholes that bleed $13.7 billion from the general fund.

Garcia offered no specifics, saying only “we need to pay teachers as professionals.” He called for rolling back standardized testing, saying “A standardized test will not tell you how good a teacher you are. When you teach students to fill in a bubble sheeting, you take all the joy and creativity out of teaching.”

Both candidates called for restoring funding for education support staff, including food service, student transportation, and school counselors. “I used to stutter in 5th grade,” Garcia said. “I got a few minutes with a school counselor and he changed my life. If should not be a matter of luck that you get a counselor, it should be an expectation.” 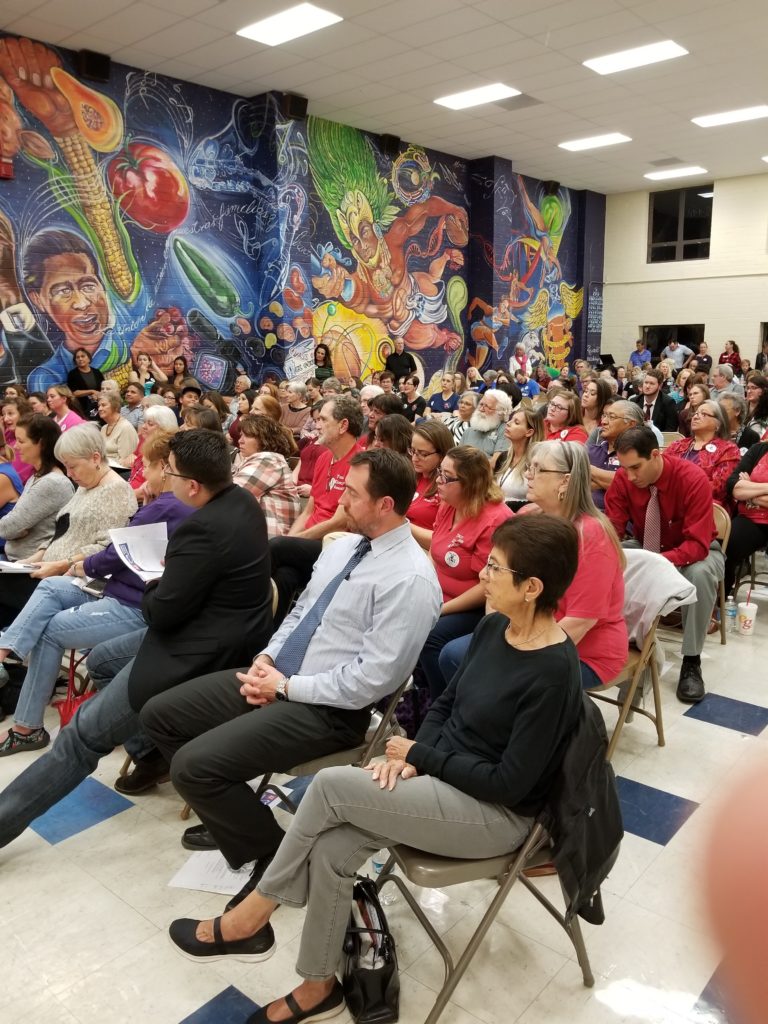 Garcia and Farley supported restoring ethnic studies in high schools. A federal judge in Arizona ruled in August that the state violated the constitutional rights of Mexican American students by eliminating a successful Mexican American studies program in Tucson in 2012, saying officials “were motivated by racial animus” and were pushing “discriminatory ends in order to make political gains.”

Garcia said, “I took Chicano literature in college and I was shocked that it took so long to read about my neighborhood and my history. We need to have ethnic studies in high school as soon as possible.”

As a state Senator Farley led the fight against the bill to ban Mexican studies. “How can you get rid of a program that raises test schools and reaches students that other curriculums don’t reach? It was showing tremendous outcomes. But that wasn’t the reason were banned. It was banned because the people in the legislature were trying to attract the racists who vote for them in their primaries,” he said.

Public employees in Arizona do not have collective bargaining rights due, in part to the anti-union provision in Article XXV of the Arizona Constitution. The right to work provision says unions cannot require employees to join.

“I will make Arizona a union-friendly state at last,” Farley said. “Now that there’s an ongoing war against unions, people in the lower end of the scale do worse, and the people at the top 99.9 percent are getting more than they ever had in their lifetimes. That must change.”

Garcia said he will give teacher unions a voice when developing education policy. “We will go to educators first. We’ll go to strongest people out there and that is the teachers union. We will develop education policy with educators and then take it out to a broader community,” he said.

Garcia and Farley have an uphill battle to defeat Gov. Ducey, who was elected in 2014. The race is rated as “likely Republican” by five surveys compiled by Ballotpedia. Ducey is heavily supported by the right-wing Koch brothers and millions in dark money contributions.

Farley said, “”I’ve won six elections in a row, so I know how to win. I’ve been serving in the legislature for 11 years, and I know the tricks it takes to get things done. I know how to beat him because a lot of people upset with him including Republicans. We can beat Governor Ducey because he’s not well liked by anybody.”

Garcia said, “We’ve seen Democrats overperforming everywhere since November 2016, and that will happen in Arizona. When we get communities that are not paying attention today, people within walking distance from this school, and we get them to vote in big numbers, that’s when we win big. What I can bring and what we’ll do with my campaign (speaking in Spanish, then English) is talk to people in their language and then we’ll win big.”