Lt. Gen. Mark Hertling (ret.), the former commanding general of the U.S. Army Europe and Seventh Army, along with Molly K. McKew, who advises governments and political parties on foreign policy and strategic communications, have co-authored an important piece at POLITICO that you really should read to understand the nature of the war that we are in with Vladimir Putin’s Russia.

That’s right, “Make no mistake: Hacking the 2016 election was an act of war. It’s time we responded accordingly.” Putin’s Attack on the U.S. Is Our Pearl Harbor (snippet): 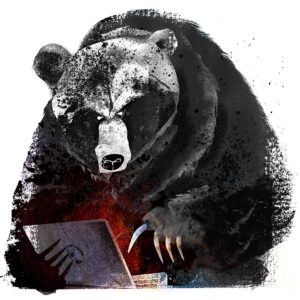 Russia’s cyber warfare capabilities are just one element of an arsenal of hybrid, asymmetric means the Kremlin has focused on expanding since its cyberattacks against Estonia in 2007 and its invasion of Georgia in 2008. In 2013, the Russian chief of the general staff General Valery Gerasimov outlined this concept of warfare, emphasizing that “the role of nonmilitary means of achieving political and strategic goals has grown, and, in many cases, they have exceeded the power of force of weapons in their effectiveness.” Putin polished what they had learned in earlier operations and put these on full display a year later, as Russia seized and then annexed Crimea, and then launched an invasion of eastern Ukraine fronted by local proxies backed by the Russian military.

While it has become quite popular to debate whether or not what is referred to as “the Gerasimov Doctrine” was intended to be military or security doctrine or not, the way of war Gerasimov discussed is, in fact, how the Russians now fight. Testifying before the House Armed Services Committee in March 2018, General Mike Scaparrotti, head of U.S. European Command, was asked about Gerasimov, and he responded succinctly and with candor: “Russia has a doctrine that … sees these activities below the level of conflict as part of the full spectrum, with the intent that if they can undermine a target country using these means … never having to use military force, that’s their objective.”

Gerasimov has since updated his thinking on the uses of hybrid warfare to erode the will of the enemy, saying that “spiritual resources—the nation’s cohesion and desire to confront the aggressor at all cost,” were one of the most important determiners of victory or defeat in these new shadow wars. Confusing the enemy has always been a doctrinal tenet of Russian war-fighting, so this new approach just replaces the old “Maskirovka” (deception) as a primary objective. The more you read about how Russia has tested and adapted these tactics in its near-abroad, the harder it is to deny that the Kremlin’s attack on America is no outlier but rather one more entry in an ongoing, evolving playbook that is yielding more success than anyone wants to admit.

So where are the air-raid sirens and the calls to arms from those who vow to protect and defend our Constitution against all enemies, foreign and domestic?

Instead, Russian asset Donald Trump has invited Vladimir Putin, war criminal, the man who ordered the “Gerasimov ” attacks against the United States in 2016 to a state visit in Washington, D.C., this fall, just before the midterm elections. Trump plans to invite Putin to Washington this fall: 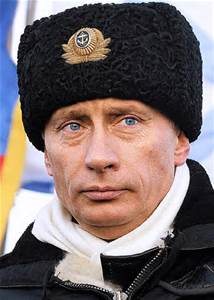 The statement comes after Trump teased a second meeting with Putin on Twitter earlier in the day. Sanders says the president tasked National Security Adviser John Bolton with extending an invitation to the Russian leader.

This is the equivalent of President Roosevelt inviting Emperor Hirohito of Japan to the White House to celebrate the Cherry Blossom Festival after Japan’s secret attack on Pearl Harbor on December 7, 1941.

The joke making the rounds in Washington is that “maybe by then the Special Counsel’s criminal indictment of Vladimir Putin will be ready and he can just go pick him up at the airport.” If only the world worked this way.

The other import of Lt. Gen. Mark Hertling’s piece is that it addresses the main argument of those who say that an act of treason is not possible here because the U.S. is not at war with Russia.

If treason is narrowly limited to wars declared by Congress, then this would be true, since Congress has not declared a war since World War II, despite numerous U.S. military conflicts since then.

The United States and Russia are not currently in a “shooting war,” despite an armed engagement between U.S. forces and Russian led mercenaries in Syria earlier this year. US strike in Syria kills Russian fighters in first such clash (February 2018).

But surely the meaning of “war” for purposes of treason must adapt to the modern methods and tactics of warfare.

In that case, Russia is clearly at war with the United States, whether our compromised commander-in-chief and his collaborators in Congress choose to acknowledge this war, or not.

Depending on the level of evidence of cooperation (“collusion”) between the Trump campaign and Russian state actors developed by the Special Counsel, I would not entirely discount a charge of treason.

Assuming, arguendo, that there was no “collusion” during the campaign, a highly improbable scenario given the degree of publicly reported information to date, Donald Trump’s regular and persistent discounting of the intelligence community’s unanimous conclusion that Vladimir Putin ordered the attack on the U.S. election to aid the election of Donald Trump, after being briefed by the intelligence chiefs with highly classified intelligence, From the Start, Trump Has Muddied a Clear Message: Putin Interfered, puts him squarely in the cross-hairs for a charge of being an accessory after the fact in an obstruction of justice charge:

Virtually every time that Donald Trump has publicly cast doubt on whether Russia attacked our election or described the Russia investigation as a “hoax” or “witch hunt” is a separate factual allegation in support of an accessory after the fact obstruction of justice charge.

And if Trump is doing this to protect Putin because he has damaging “kompromat” on him, I would not entirely discount a charge of treason.