Earlier this week, former Secretary of State Hillary Clinton, at the first official event of her presidential campaign, spelled out the ideas that she said will be at the heart of her campaign. In Iowa, Hillary Clinton lays out big vision for her campaign:

“I want to be the champion who goes to bat for Americans in four big areas,” she told four students and two educators at a roundtable staged in an automotive technology classroom at a branch campus of Kirkwood Community College.

It was the first time Clinton had laid out specific campaign themes since she announced on Sunday in a short video that she’s in the 2016 race for the Oval Office.

“ We need to build the economy of tomorrow, not yesterday,” she said, as a handpicked audience of about 20 and about 60 reporters seated nearby behind a yellow ropeline looked on.

“We need to strengthen families and communities because that’s where it all starts.

And we need to fix the dysfunctional political system and get unaccountable money out of it once and for all, even if that takes a constitutional amendment.

And we need to protect our country from threats that we see and the ones that are on the horizon. So I’m here in Iowa to begin a conversation about how we do that.” 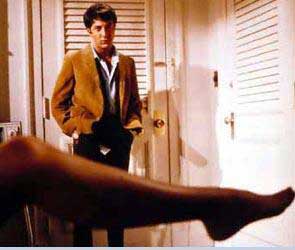 A major theme of the Hillary Clinton campaign is the Move to Amend movement for a constitutional amendment to overturn Citizens United v. FEC and its progeny?  “Mrs. Robinson, you’re trying to seduce me. Aren’t you?”

Apparently so. Hillary Clinton says she would support a constitutional amendment on campaign finance reform:

Hillary Rodham Clinton is calling for changes to the nation’s campaign finance system, saying here Tuesday that she would support a constitutional amendment if that’s what it takes to fix what she called a “dysfunctional” system.

“We need to fix our dysfunctional political system and get unaccountable money out of it once and for all — even if it takes a constitutional amendment,” Clinton said in opening remarks at a roundtable event with Kirkwood students and instructors.

The 2016 presidential election is expected the be the most expensive in U.S. history, with super PACs and campaigns likely to spend billions of dollars.

Clinton’s comments come as many of the Democratic Party’s biggest donors, as well as her super PAC allies, are gathering in San Francisco for a meeting of the Democracy Alliance.

What, you expect her to unilaterally disarm like one of those holier-than-thou reformers? The RNC and its affiliates will spend a billion dollars to defeat her, and the “Kochtopus” dark money evil empire has already budgeted a billion dollars to defeat her. This does not include all the other billionaire Plutocrats who want to buy a president and will spend their money to do it.

You first have to get elected to propose a constitutional amendment to Congress, or better yet, to replace the aging Justices of the U.S. Supreme Court with Justices who will restore the law to what it was before by overturning Citizens United as wrongly decided.