Home/COVID-19 & Healthcare, National Politics/Joe Biden blasts Donald Trump after Woodward reveals the Liar in Chief has been BS’ing the People about COVID 19
Previous Next

Bob Woodward’s latest work, Rage, will not be released until September 15, 2020. 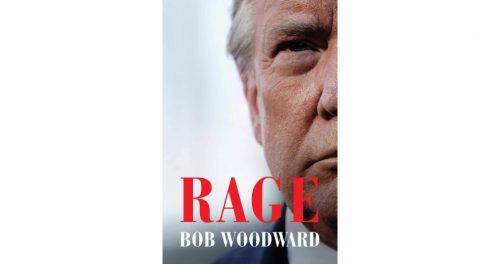 It is already a classic and best seller.

The Washington Post columnist and co-lead writer (along with Carl Bernstein) in the Watergate Investigation, has successfully published behind the scenes accounts of several Presidential Administrations

Rage will continue that literary tradition with its narrative of the Trump Presidency and its reaction to recent events, including the Coronavirus.

According to analysis by CNN as well as taped conversations between Trump and Woodward, the President of Betrayal admitted that he:

This is the President of the United States and he admits, on tape, to deliberately lying to the American People about the severity of COVID 19.

Granted this is really not a surprise to anyone who has been monitoring the events since January, it is astonishing to hear on tape, Trump, knowing the truth, still risked people’s lives by encouraging a premature economic reopening in the summer and public schools to resume in-person instruction.

He has held political rallies with thousands of people (his supporters) in attendance not wearing masks, knowingly risking their lives.

This man is truly a monster and a sociopath.

Even though it will not go anywhere and the election is in 55 days, the House of Representatives should launch Impeachment proceedings against him again.

He has betrayed the people and his oath of office.

Starting at about the seven-minute remark, Mr. Biden first lavishes praise on Michigan Governor Gretchen Whitmer for her handling of the Coronavirus.

He then strongly chastised Donald Trump based on the revelations in the Woodward book. Among the remarks, the Democratic Presidential Nominee said:

“On the day that we hit 190,000 dead because of COVID 19, we just learned from the Washington Post columnist Bob Woodward that the President of the United States has admitted on tape, in February, that he knew about COVID 19, that it passed through the air. He knew how deadly it was and it was much more deadly than the flu. He knew and purposely played it down. Worse, he lied to the American People. He knowingly and willingly lied about the threat it posed to the country. For months, he had the information. He knew how dangerous it was. And while this deadly disease ripped through our nation, he failed to do his job on purpose. It was a life and death betrayal to the American People. Experts say that if he had just acted just one week sooner, 36,000 people would have been saved. If he acted two weeks sooner back in March, 54,000 lives would have been spared in March and April alone. His failure has not only cost lives. It sent our economy in a tailspin. It costs millions of more in American livelihoods. This is a recession created by Donald Trump’s negligence and he is unfit for this job as a consequence of it. How many schools aren’t open right now? How many kids are starting the new school year the same way they ended the last one at home. How many parents feel abandoned and overwhelmed. How many frontline workers are exhausted and pushed to their limits? And how many families are missing loved ones at their dinner table tonight because of his failures? It’s beyond despicable. It’s a dereliction of duty. It’s a disgrace.”

How many more people have to needlessly die because of the Liar in Chief’s deceptions to prove to the residents of the Trump Zone and Fox Island that the Chief Executive Demagogue in the White House has betrayed them and does not deserve reelection.

He deserves a jail cell.