All the way back in 2015 I told you about the attempt by the fringe far-right to revive the long-discredited Lochner Era of Supreme Court jurisprudence. George Will’s radical ‘litmus test’ for a return to the Lochner era (excerpt): 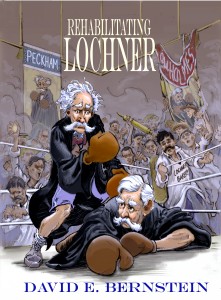 There is a revival of a long-discredited legal doctrine among conservatives, mostly among Libertarian lawyers, some of whom post at the Volohk Conspiracy, the Federalist Society, the so-called “Constitution in Exile movement,” and a book by David Bernstein, “Rehabilitating Lochner,”which argues that the U.S. Supreme Court decision in Lochner v. New York (1905) was correctly decided, and that the Lochner era never should have ended:

The Lochner era is a period in American legal history in which the Supreme Court of the United States made it a common practice “to strike down economic regulations adopted by a State based on the Court’s own notions of the most appropriate means for the State to implement its considered policies,” by using its interpretation of substantive due process to strike down laws held to be infringing on economic liberty or private contract rights.

Since the 1930s, Lochner has been widely discredited as a product of a “bygone era.” Robert Bork called Lochner “the symbol, indeed the quintessence, of judicial usurpation of power.” In his confirmation hearings to become Chief Justice, John Roberts said, “You go to a case like the Lochner case, you can read that opinion today and it’s quite clear that they’re not interpreting the law, they’re making the law,” concluding that the Lochner court substituted its own judgment for the legislature’s findings.

Chief Justice John Roberts recently reaffirmed his views on Lochner by citing it 16 times in his dissent in Obergefell v. Hodges. Chief Justice Roberts’ Marriage Equality Dissent Has A Hidden Message for Conservatives:

[I]n the process of reaching his conclusion, Roberts also rejected a particularly aggressive brand of judicial conservatism that is rapidly becoming ascendant in conservative legal circles.

Chief Justice Roberts announced to his fellow conservatives that their most ambitious legal cases are doomed to failure.

This is newly relevant today because a conservative activist judge, U.S. District Court Judge William Shaw Stickman IV in Pennsylvania, appointed by Donald Trump, expressly relied on the revival of the substantive due process doctrine of Lochner in striking down Democratic Pennsylvania Governor Tom Wolf’s coronavirus pandemic stay-at-home order. This perverse revival of a long-discredited legal doctrine simply cannot be allowed to stand in this modern day and age.

In March, Pennsylvania Gov. Tom Wolf (D) did what many governors did: he responded to the coronavirus pandemic by issuing a stay-at-home order that shuttered much of the state, including temporarily closing many businesses.

A federal judge in western Pennsylvania has ruled that the coronavirus-related shutdown imposed by Gov. Tom Wolf is unconstitutional for reasons including violating the First Amendment Right to assemble. U.S. District Court Judge William Stickman IV said the limits on gatherings of 25 people indoors and 250 out of doors, as well as the stay-at-home and business closure components of the orders issued by Wolf and Health Secretary Dr. Rachel Levine were both unconstitutional.

Judge William Stickman IV, a 41-year-old judge put on the federal bench by Donald Trump and Senate Republicans, the governor’s actions were “undertaken with the good intention of addressing a public health emergency. But even in an emergency, the authority of government is not unfettered.”

As a practical matter, the significance of the ruling is limited, because it applies to restrictions that are no longer in place. Nevertheless, Pennsylvania’s Democratic administration announced plans to appeal the ruling.

What struck me as notable about Stickman’s ruling, however, was a reference to what the jurist referred to as “the Lochner era.” He added, “[O]ur Supreme Court has never repudiated the recognition that a citizen has the right to work for a living and pursue his or her chosen occupation.”

And what, exactly, is “the Lochner era”? I’m glad you asked.

Circling back to our coverage from several years ago, at issue is an old Supreme Court case called Lochner v. New York, decided in a 5-4 ruling in 1905, which has been a popular topic of conversation in fringe, far-right circles for a long while.

The case dealt with a New York law, approved in 1895, that sought to protect bakery workers by establishing a maximum number of hours (10) they could work on a given day. The court’s majority ruled that the law was unconstitutional: the relationship between businesses and workers, the court said, was effectively outside the reach of government regulators.

The “Lochner era,” spanning roughly the first third of the 20th century, was born. In the process, the Supreme Court struck down practically every public policy — including minimum-wage laws — intended to protect workers from private-sector excesses. There was a “liberty of contract,” the justices said, and labor laws were an unconstitutional interference.

In other words, when Americans agree to accept a job, they necessarily accept everything that comes with that employment: the agreed upon wages, the hours, the working conditions, etc. If Americans disapprove, they can quit and look for some other job. Under this school of thought, the government lacked the legal power to intervene on workers’ behalf.

At least, it did. Back in 2005, the New York Times Magazine published a striking piece on the so-called “Constitution in Exile movement,” which believes, among other things, that the Lochner ruling was right and that that era never should have ended.

Justice Clarence Thomas’ opinions, for example, have placed him squarely in the middle of this “movement.” Sen. Rand Paul (R-Ky.) has also made clear that he longs for the Lochner era, calling the ruling a “wonderful decision.” In 2015, George Will wrote a syndicated column endorsing a Lochner “litmus test” for presidential candidates.

And now, a Trump-appointed judge in Pennsylvania is referencing the Lochner era while striking down a governor’s pandemic restrictions.

To an extraordinary extent, the modern American mainstream simply wouldn’t recognize a society shaped along Lochner lines. A return to this era would mean an end to minimum-wage laws, an end to laws prohibiting discrimination in the workplace, and the elimination of practically all legally mandated workplace benefits, even related to hazardous working conditions.

Voters haven’t had much reason to worry about this, because Lochner-era proponents have largely been relegated to the fringes. But yesterday’s ruling from a Trump-appointed judge serves as a reminder: in contemporary politics, radical ideas can move from the Republican fringe to the Republican mainstream with unsettling speed.

The other troubling aspect of this opinion is the fringe far-right’s continuing weaponization of the First Amendment to expand it far beyond the “original intent” of the Founders.

Justice Elena Kagan accused the Supreme Court’s conservative majority of “weaponizing” the First Amendment in  Janus v. AFSCME (2018). In a string of recent decisions, she argued, these justices had turned the protection of free speech into an all-purpose tool for shredding democratic policy choices that they disliked. The Bosses’ Constitution: How and why the First Amendment became a weapon for the right (excerpt):

[A]s Kagan made clear in her dissent, the stakes were even higher. Over the last decade, the Supreme Court has used the First Amendment as a justification for slashing regulations and protecting private economic power [a different basis than the substantive due process of Lochner, but producing the same result].  In 2010, the Court ruled in Citizens United that the First Amendment guaranteed corporations (as well as unions) the right to spend unlimited sums of money in support of political candidates. In 2011, the Court ruled that the First Amendment protected the sale of prescription data by pharmacists to drug companies, which used it to tailor their advertising to specific doctors. Invoking free speech, the Supreme Court and the lower federal courts have also struck down a series of limits on advertising for pharmaceuticals and tobacco products, including health-labeling requirements and a ban on cigarette advertising near schools. Scholars and lawyers worry that, if spending money and transferring data are forms of speech, nearly any transaction might be constitutionally protected in an economy where everything is information and everything is for sale.

Yet the weaponization of the First Amendment isn’t new. Citizens United has become notorious, but it merely extended a principle that the Court announced back in 1976 with its decision in Buckley v. Valeo, a ruling that gutted Congress’s post-Watergate attempts at campaign-finance reform. But what makes the weaponization of free speech by today’s Court so worrisome is that it’s only one part of a much broader pattern in which the Court has aimed its most aggressive jurisprudence against egalitarian redistribution and the interests of working-class Americans. 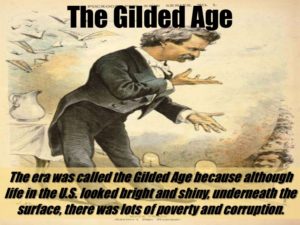 All of these rulings are part and parcel of the libertarian right’s attack on the redistributive state. But there is also a larger ambition at work here: to tilt the scales of capitalist democracy by hindering the capacity of democratic politics to reshape the market and assert the equality of citizens against the vast disparities of rich and poor. In so doing, the Court has recast the Constitution’s core principles of personal freedom, equality, and democratic accountability to entrench the power of employers and the wealthy. A Court that once advanced a modest but real egalitarianism by supporting desegregation, voting rights, and criminal-justice reform is now creating a Bosses’ Constitution.

Elections have consequences: a Democratic Senate and a Democratic President are the only hope against the far-right’s corruption of the federal judiciary to entrench the power of corporations and Plutocrats.