Harvard Constitutional Law professor Laurence Tribe was a guest on The Last Word with Lawrence O’Donnell last night, argued that Trump’s pardons to absolve the crimes of his friends might be crimes themselves if they’re issued to obstruct justice. Tribe explained to Lawrence O’Donnell why it’s important for the next administration to investigate and prosecute those abuses of power: “We can only move ahead if we ensure some degree of accountability for someone who has been a criminal in office.”

The interview was prompted by Tribe’s op-ed in the Financial Times (which I cannot excerpt for you here). Read the full op-ed, Donald Trump’s pardons must not obstruct justice.

Trump’s pardons of his co-conspirators, Roger Stone and Paul Manafort, two of the original members of the GOP “ratfuckers,” clearly falls into the category of corrupt pardons to obstruct justice. Trump dangled pardons during the Mueller investigation to obtain their silence and noncooperation. Both Stone and Manafort lied to the Mueller investigation and failed to cooperate, even after Manafort had signed a witness cooperation agreement. The quid pro quo of the crime was completed when Trump granted these two “ratfuckers” their pardon. (This was among the obstruction of justice elements outlined in the Mueller report).

Now that Stone and Manafort can no longer assert a Fifth Amendment privilege against self-incrimination, prosecutors can force them to testify — or they can choose to commit a new crime by refusing to testify or lying to prosecutors, for which they are not pardoned. 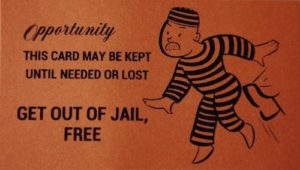 I fully expect Trump to corruptly pardon everyone involved in his 2016 election collusion scheme with the Russians. He will also preemptively pardon the members of his Trump crime family, giving them a “get out of jail free” card.

This only applies to federal charges. The state of New York is free to prosecute the Trump crime family under state law.

Contrary to what Trump believes, he cannot pardon himself. As Tribe explains, Richard Nixon’s justice department opined in 1974 that a self-pardon is not within the president’s constitutional power. It also violates the centuries-old tenet that no one can be a judge in his own case. (Nemo judex in causa sua is a Latin phrase that means, literally, “no one is judge in his own cause.”)

In Burdick v. United States, 236 U.S. 79 (1915), the U.S. Supreme court held that acceptance of a pardon carries “an imputation of guilt, acceptance a confession of it.” In pardoning himself, Trump would be confessing to his guilt, and thumbing his nose at the rule of law. “Whadaya going to do about it?” Set it aside in court.

If Trump really wants to close the Russia investigation circle, he should pardon the Russian intelligence officers indicted by Robert Mueller. I dare him.