Lawless Authoritarian Rethuglican Senators Declare Themselves Above The Law

Lawless Authoritarian Rethuglican Senators Declare Themselves Above The Law

Update to Authoritarian Rethuglicans In The Arizona Legislature To Decide That They Are Above The Law (excerpt):

Republican senators, having been thwarted in their efforts to arrest the Maricopa County Board of Supervisors, have dreamed up a new plan for how to get their hands on the county’s ballots from the November election.

Simply pass a law declaring that laws don’t apply to them.

Senate Bill 1408 [Warren Peterson] is breathtaking in its arrogance:

“The Legislature’s plenary authority to conduct an investigation on any matter may not be infringed on by any other law,” it says.

That’s almost as stunning as Rep. Shawnna Bolick’s bill, the one that declares the Legislature has plenary — or absolute — power to veto our vote for president.

A judge will determine whether the Arizona Senate has the authority to subpoena ballots, tabulation machines and other equipment and data from Maricopa County for a purported audit of the 2020 election.

Maricopa County Superior Court Judge Timothy Thomason asked the two sides to submit their final motions by Monday and will hear arguments in the case on Feb. 24.

“I’ll do what I can and I’ll get a ruling out as quickly as I can,” Thomason said during a hearing on Wednesday.

Thomason had urged the two sides to resolve their differences outside of court, which they have been unable to do. The case had languished for weeks, but the county asked Thomason earlier this month to quash the subpoenas after Senate Republicans moved to hold the Board of Supervisors in contempt for refusing to comply with them.

All 16 Senate Republicans co-sponsored a resolution holding the Board of Supervisors in contempt, which empowered Fann to have the Senate’s sergeant-at-arms arrest them. However, one GOP senator, Paul Boyer, broke ranks with his fellow Republicans and the contempt resolution fell short by one vote.

Since then, Petersen has sponsored legislation that would expressly permit the legislature to request the disputed election materials and conduct an audit of the election.

Note: Whatever “credit” Sen. Paul Boyer earned with the media for killing the contempt resolution with a tie vote, he did vote for the resolution initially. And on Thursday he voted for Sen. Petersen’s bill to declare that the Arizona legislature is above the law. So he is undeserving of any credit the media has given him. He is just as bad as the rest of his GQP Caucus.

If a judge rules that the law doesn’t give the legislature the authority to subpoena ballots and tabulation machines from Maricopa County so it can conduct an audit into debunked conspiracy theories that the 2020 election was rigged, the Senate took a big step Thursday to grant that power to itself.

Let’s be clear: this is an attempt to intimidate Maricopa County Superior Court Judge Timothy Thomason into ruling in favor of the GQP legislators. It is also contempt for the court, and contempt for constitutional separation of powers. These authoritarian Rethuglicans are effectively telling the judge “It does not matter how you rule, we are above the law and we will do whatever we damn well please!”

As I said, Sen. Paul Boyer went along with this assault on the judiciary and judicial review: 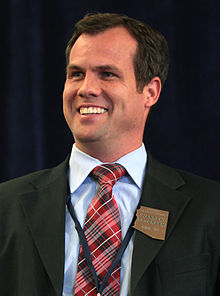 On a party-line 16-14 vote, the Senate passed Senate Bill 1408. The proposal, sponsored by Sen. Warren Petersen, R-Gilbert, would give the legislature the express authority to subpoena ballots, election equipment and information from counties, and explicitly states that the legislature has the authority to investigate any matter — and to ignore all other laws in the process.

Sen. Martin Quezada, D-Glendale, criticized SB1408, which he said continues to spread disinformation about the election.

Some GOP lawmakers have said they support the audit because many of their constituents have expressed concerns about the integrity of the election in Arizona. But Quezada said Republican leaders could restore trust in the election by explaining to people that the election was accurate and secure.

Quezada also rejected arguments from some of his Republican colleagues that this is more about respect for the legislature’s authority than it is about the allegations surrounding the election.

“This is not about a state body battling with a county body because they are not complying with a subpoena. That is not what this is about at all. This is about perpetuating more misinformation,” he said. “It’s irresponsible and it’s damaging to our democracy.” 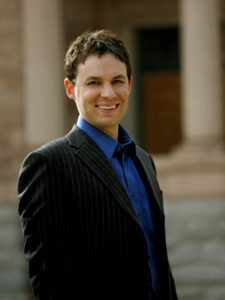 Republican Sen. J.D. Mesnard, R-Chandler, said many lawmakers believe the legislature has the authority the Senate is trying to exercise to subpoena materials and audit the election, and the bill simply clarifies that in state statute.

He steered clear of the actual allegations [the Big Lie] that prompted the subpoenas and the audit demand in the first place.

“This is a much broader statement about the legislature and our subpoena powers, because as of late, it seems those powers are not respected,” Mesnard said. “Our subpoenas are supposed to matter. This is making that very clear.”

Tell it to the judge, you fascist, and prove your claim in court. If you can’t, you do not get to enact a law declaring yourselves to be above the law and to thumb your nose at the authority of the court and constitutional separation of powers.

Mesnard also argued that SB1408 is about more than just the recent election: It’s about future elections and what authority the legislature has to investigate if the need arises in later years.

“Even if you set aside this election, if something nefarious happens in the future, regardless of whether you believe it happened now, and suddenly you wanted to investigate it, you would find yourself in the very same situation,” he said.

Isn’t that what Rep. Shawnna Bolick’s bill is designed to do? Allow a Republican-controlled legislature to set aside an election, that the the legislature has plenary — or absolute — power to veto our vote for president if Republicans do not agree with the will of the people?

Sen. Mesnard is full of shit. Hundreds of election challenges were filed around the country after election day, eight involving Arizona. There is an existing statutory procedure for this. If the plaintiff has any evidence to support their challenge, they can succeed. This is about manufacturing evidence from a Big Lie conspiracy theory where no such evidence exists. That’s why Trump’s lawyers were 1-64 in court (the one win was a minor deadline issue).

These dead-ender lawless authoritarian Rethuglicans are still trying to set aside an election that is long since declared over and final. Are there any conservatives of conscience in the House who will step up to defeat SB1408 and this authoritarian power grab from the courts, and the torching of our Constitution?

Rep. Shawnna Bolick’s bill, HB2720, should never even get a hearing in committee.