Most people missed the blatantly political indictment because it was surreptitiously announced the day before Christmas Eve. 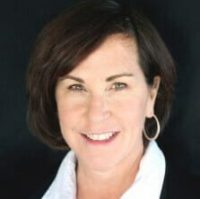 The indictment is a direct attack on the Latino tradition of taking ballots to the polls for disabled people, the elderly, and rural voters with no mail delivery. In 2016 the legislature made the longstanding practice illegal, continuing a racist history in Arizona of suppressing Latino votes.

This is the first use of the “ballot abuse” law because no county recorder in Arizona wanted to enforce it. So, Brnovich had a flunky impanel a state grand jury to do the dirty work.

Brnovich deliberately ignored a 9th U.S. Circuit Court of Appeals ruling in January that the law is unconstitutional and violates the Voting Rights Act by suppressing minority voters. The court stayed its ruling for the 2020 election, and now the U.S. Supreme Court will hear arguments on March 3 on whether to affirm the ruling.

“With all the talk about ‘election fraud,’ the Republicans are looking for someone to make an example of,” said state Rep. Charlene Fernandez (D-LD4). “These individuals fit their profile. It’s ridiculous. There is nothing to gain by thing, nothing.” 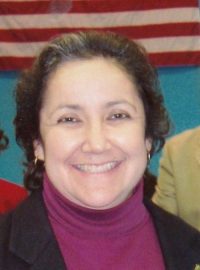 San Luis is a rural town with no mail delivery. It is right on the border with Mexico, in far southwest Arizona near Yuma. The population is 98.7% Hispanic or Latino. The town has been hit hard by the Covid pandemic, making voters reluctant to leave their houses.

“In San Luis, there is no home mail delivery. People have to wait until someone is going to the post office to drop off a ballot. There are no mailboxes. People don’t understand that. Before this became a felony, people would pick up ballots for their friends. It was just something you did,” Rep. Fernandez explained.

In particular, collecting ballots is a uniquely Democratic Latino custom. As the 9th Circuit pointed out, it is not a custom of white Republicans who enacted the bigoted law.

Yet the law means that Juarez and Fuentes face up to two years in prison and up to a $150,000 fine – in a case that allegedly involves four ballots in the August 2020 primary election – an insignificant matter that will not affect the outcome.

Brnovich offered no facts to back up the hateful indictment. There is no evidence that collecting ballots has caused election fraud. The attorney general’s “Election Integrity Unit” has had little to show itself, and the indictment is an attempt to justify the unit’s existence.

Brnovich wants to run for governor, despite his tarnished record of failed lawsuits to overturn DACA, to kill Obamacare, and to overturn Joe Biden’s election. His lawsuits against the Arizona Board of Regents failed repeatedly, and a judge has ordered the state to pay nearly $1 million in the board’s legal fees. 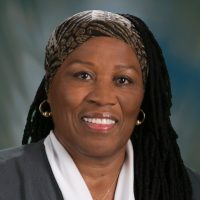 “Voter suppression is a strategy by the GOP,” said Dr. Gerae Peten, Chair of the LD4 Democrats. “They will do everything they can to dismantle voter participation. Not everyone has the ability to get to the post office – invalids, people who live alone, people who have limits on getting around. This law should be repealed.”

“This is typical of Arizona — SB1070 comes to mind. People of color are constantly being attacked in Arizona. Of course, they would choose not only two Latinas but women on top of that. The rights of people of color and women are all in jeopardy.”

The ugly history of suppressing votes

For decades, Arizona has aggressively disenfranchised Latino, Native and Black voters. It was so bad that the state was required in 1972 to get “preclearance“ from the federal government before making changes that could restrict access to voting.

For more than 60 years, the state required voters to pass a strict literacy test, which kept many Mexican-American, Apache, and Navajo voters from voting. 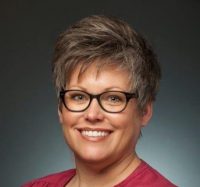 Arizona Secretary of State Katie Hobbs filed a brief with the U.S. Supreme Court, pointing out that the state systematically has:

Arizona rejects ballots at a rate more than 11 times higher than the next highest state, Hobbs pointed out, creating “a prohibited discriminatory result.”

Hobbs, who spent eight years in the state Legislature, voted against the law that criminalizes people for helping neighbors ensure their ballots are counted. “There has never been a case of voter fraud associated with ballot collection charged in Arizona,” she said.

“I will continue to condemn any efforts to create unnecessary barriers to voting, especially when those obstacles are based on hyperbolic fears,” Hobbs said. “I opposed this law when it was being considered by the legislature, and nothing has changed since then. The court made the right call for voters in this state.”

As a result, Hispanic, Native and Black voters came to rely on friends, neighbors and campaign to collect and delivery their voted mail ballots. 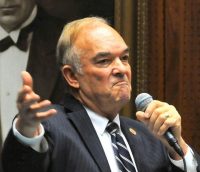 Now-disgraced state Sen. Don Shooter first introduced the ballot collection law, “motivated by a desire to eliminate the increasingly effective efforts to ensure that Hispanic votes in his district were collected, delivered and counted,” according to a Democratic National Committee brief with the U.S. Supreme Court.

The effort failed, and in 2018 Shooter was expelled from the state legislature for a  pattern of conduct that was dishonorable and unbecoming of a member.

The video was prominent in the debates of the voter collection law. Without any evidence of voter fraud, the ballot collection law passed in 2016.