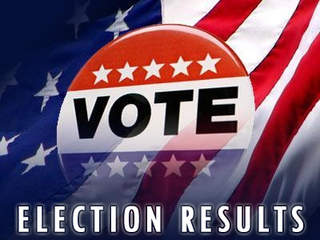 In an hour, the polls will close. The big question is: Will dark money from the Koch Brothers and their multinational corporate brothers win or will the people win? Will millions of dollars — more than $25 million to buy each Senate seat for Republicans and more than $15 million in Arizona for Republicans — take this election? Or will the “little guy” (as my Mom would say) win?

Watch this post on Blog for Arizona as we fan out and cover the elections. Most of the bloggers here volunteered their time today to win this election for the people, for the Democratic Party, the party of “the little guy”. Tonight we will be working (actually volunteering) to give you interesting tidbits and photos from the parties and results as they come in.

Look for comments to this post and look for other stories later as results come in. On Facebook and Twitter look for Tweets and photos from @P2Hannley, @Good4AZ, @Bad4AZ, and @BlogForArizona. (Tweets are below for those of you not on Twitter.)

Since October 1, Pima County has led the way in Southern Arizona with a record-breaking 80,000 phone calls and we led the NATION in canvassing with 80,000 door knocks. We have out-planned, out-paced and out-worked our competition in every measurable way and we have you to thank for that. From food donations to lit drops to sign installations, it has been a team effort— start to finish.We may not win every race, but as members of the Pima County Democratic Party we can hold our head up high with the knowledge that we gave it our all. Our cause is just, our goals are worthwhile and the arc of History bends toward progress. We will prevail because we will persist.It is great to be a Democrat.

Arizona early ballot counts will be posted after 8:00 p.m.