Lori Oien On How Not To Do Contrast Messaging

Lori Oien On How Not To Do Contrast Messaging

Lori Oien has just taken her campaign from hopelessly out-matched to pitifully incompetent. Her attack on Rodney Glassman as a ‘enviro hypocrite‘ according to the Star’s Sunday edition, will not only fail to convert a single voter concerned with the environment, but it has very likely gifted about 5 points worth of Oien’s own base to Glassman. Already a long shot as a Republican with little or no cross-over appeal in a Democratic town, Oien has just insured that she can’t be elected.

I’m not one who decries negative campaigning. I don’t fault Oien for attacking Glassman; it’s the only way she has any chance of winning. If I were her advisor, I’d have had her attacking well before now. With a sizable registration deficit and a bad environment nationally for GOP candidates, good contrast messaging is about the only way that Oien can win – other than Glassman doing something truly mind-blowingly stupid.

No, attacking is what is required of Oien by her circumstances, so it is especially incumbent upon her to do it well. Unfortunately for Oien, her ineptitude probably just took this from a 60/40 race to a 65/35 race.

There are several reasons why Oien not only failed to deliver a successful attack, but actually harmed herself in the process. First, she failed to damage Glassman at all; the charges just don’t stick because they do not involve a active choice or judgment by Glassman that relects his character. Second, she failed to demonstrate any contrast between herself and Glassman with the attack. Third, her attack will alienate a significant constituency that might otherwise have voted for her.

I give Oien points for taking a page from Rove’s playbook and going after an opponent’s strength and trying to turn it into a liability. Glassman’s commitment to environmental sustainability is a strong suit of his, but Oien chose badly in that those for whom environmental concerns are salient to their voting behavior are not going to find her a credible alternative. In short, even if a tree-huger believes Oien’s message and finds it relevant to Glassman’s credibility on environmental issues, that person is not going to vote for Oien instead. At best, Oien might keep a few voters at home or stimulate some roll-off on that portion of the ballot.

Oien has no notable environmental record or signature issues that she can deliver with the attack. There is no contrast between Glassman’s ‘scandal’ and Oien’s character or positions. She hasn’t anything to point to that says she’ll be a better city council person because of this difference between them. She just dangles it out there with a vague imprecation that Glassman has poor judgment, or is a hypocrite, or is a naugty little rich boy… who knows? Certainly not Oien, nor the voter who hears her message.

The worst part of Oien’s strategy is that it is politically tone deaf to a significant part of her own base: business owners and wealthy people. By attacking Glassman on the past performance of his passive holdings, she is proving herself to be that which a portion of her constituency hates the most: a moralistic populist crusader.

Business owners and wealthy folks look at Oien’s attack and they see somebody who might make the same sort of attacks on them if given power. She seems to be attacking Glassman just because of his passive ownership of property and the normal give and take of doing business in a regulatory state. She denies that she is criticizing Glassman’s family wealth, but the fact she has to deny it is the problem.

Oien is linked very closely to MADD, and they have a growing reputation for the sort of moralist meddling that libertarian-leaning folks are uncomfortable with. Everyone respects MADD’s role in getting real drunks off the road, but increasingly people see MADD as an organization suffering mission creep by targeting non-dangerous folks who are exercising their legal freedoms and getting harassed for it. MADD calls their campaign ‘zero-tolerance’; law abiding folks who like a drink now and then but don’t drive impaired call it a pain in the ass. There has been lots of news recently about police targeting lawful alcohol consumption in the name of zero tolerance policies. Oien’s attack on Glassman for his passive property interests could confirm some people’s impression of Oien as a meddling, sanctimonious busy-body: hardly the sort of candidate that people concerned with personal and economic freedom are going to vote for.

On the other hand, the very same attack puts Glassman in a very sympathetic light to those same traditionally Republican voters: Glassman is being attacked for his family’s wealth, criticized for property he doesn’t manage, and attacked for business transactions that he had nothing to do with overseeing. That’s a pretty sympathetic frame for certain voters. Those voters might look at Glassman as being potentially sympathetic to their concerns and interests as a result of Oien’s charges, whereas Oien may now be seen by those voters as a potential enemy, with some justification. 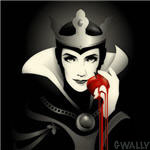 It is very likely, in my opinion, that Oien has not only failed to win any votes with this attack, but that any voters who might roll off will be more than made up for by Republican voters who decide to vote for Glassman because he’s ‘one of us’ despite his quaint progressive notions. Surely, he’ll grow out that phase soon enough…

Poor Lori. You only really get one shot with the poisoned apple of negative campaigning, and she just blew it. If you can’t make your opponent eat it, you have to choke on it yourself.

And thus ends the only coverage of the Tucson City Council race you’ll likely see here. God, what a boring race. See you on inauguration day, Rodney.