Home/AZ Government, AZ Politics, COVID-19 & Healthcare/Mesnard’s Pre Existing Bill is lacking but Democrats can build on it when they take over the State Legislature in 2021
Previous Next

On Thursday, May 21, 2020, the Arizona State House of Representatives passed SB 1397, a Senate bill sponsored by State Senator (and former Arizona House Speaker) JD Mesnard on a 59 to 1 vote.

Both Democrats and Republicans (including Mesnard) know it.

While the measure is designed to help people maintain health care coverage in the (probably unlikely) event the Affordable Care Act (Obamacare for those that think they are different) is declared unconstitutional by the Supreme Court it does nothing to prevent insurance companies from price gouging people that suffer from pre-existing conditions.

Mesnard and his Republican colleagues in the Senate and House know that and have not been receptive to alternative bills or amendments that would protect people from astronomical health care bills.

The Senate Democratic alternative to SB 1397 (SB 1599,) a plan that would have put caps on what insurers charge patients with pre-existing conditions never made it to the Republican-controlled committee.

At the time, reactionary Legislative District 11 State Senator Vince Leach, after he, Mesnard, and other Republicans ignored the pleas of two witnesses who testified what they might face if there were no price caps, commented:

“This is no ACA, and was not designed to be a replacement for the ACA.”

A Democratic House Amendment advanced by Legislative District 28 State Representative Kelli Butler earlier this week was, as reported by the AZ Mirror, quashed as well by the Republican Majority. 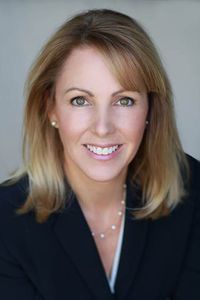 In discussing her concerns, Butler said, during the meeting at the Commerce Committee (please see video below) that this bill, especially during a pandemic, was:

Commenting on the bill, at the request of Blog for Arizona, after the House adjourned sine de on May 21, 2020, Representative Butler added:

“With ACA patient protections at risk of being thrown out by the US Supreme Court, and in the middle of this global health crisis, it was incredibly disappointing that the majority party in the State House refused to even allow debate on meaningful reforms that would truly protect people with pre-existing health conditions.”

“When I read SB1397, I immediately realized it was nothing more than a sounds-good bill that would accomplish very little. It seemed designed to provide political cover for AG Brnovich and Republican bill sponsors — we all know access to quality healthcare is one of our constituents’ biggest concerns.”

“I worked with stakeholders and health system experts to develop a bill that could be offered alone and as an amendment in the House when SB1397 came before us. My amendment filled many of the gaps that will be left if AG Brnovich and others succeed in eliminating all ACA protections.”

“When SB1397 came up for debate in COW, Rep. Steve Pierce immediately “called the question,” a seldom-used procedure that prevents the introduction of amendments and severely limits questions and debate. The Republican majority clearly orchestrated the maneuver to avoid having the Democratic caucus describe the flaws of SB1397.  It was incredibly frustrating and upsetting that they blocked us from talking about the real solutions needed to protect people with pre-existing conditions.”

“Incidentally, when SB1397 came before us in House Commerce Committee, the sponsor claimed it could not be amended because the changed process would not allow for amendments. However, it’s important to note an amendment with many of the same provisions was offered in the Senate during the regular session and he did not allow that amendment on his bill either.”

Murphy Bannerman of the Arizona Democratic Legislative Campaign Committee (ADLCC) issued a statement that echoed Butler and other Democrats’ concerns. 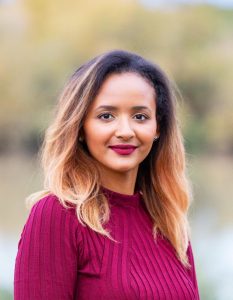 “Mesnard has admitted at every turn that SB1397 will not fully protect the 2.8 million Arizonans with preexisting conditions if their lawsuit is successful. Arizonans need true protection from predatory insurance companies now more than ever — It is unconscionable that Republicans like Mesnard would spearhead this bill during a global pandemic.”

Although Democrats realized the Mesnard legislation was sorely lacking in any real protections for Arizona patients, why did they unanimously hold their noses and vote for it?

Sean Bowie, the State Senator from Legislative District 18 said something similar to Representative Butler when she explained her yes vote that probably encapsulated the feeling for the whole Democratic Caucus, when he signaled his support for the bill in the Senate. He said, in reporting at the time by the AZ Mirror, it was “better than nothing.”

One comforting note Democrats can potentially take from this measure is that it lays the foundation to build on it with future legislation. In the unlikely event, the Supreme Court overturns the Affordable Care Act, Democrats, if the summer political momentum carries over into the fall, could adopt stronger legislation that protects Arizonans and puts caps on Insurers if they take control of the state legislature in 2021.

Hopefully, Governor Doug Ducey, who undoubtedly has future political ambitions for higher office, will be receptive to a deal as he will want to look like the latest incarnation of a compassionate conservative before he makes pilgrimages to Iowa and New Hampshire.

Remember it is up to you, the people, turn out and vote if you believe health care is a right and Arizonans should not have to fear financial ruin or, worse, death if they can not afford the cost of their medication.

Register/sign up for the Permanent Early Voting List (PEVL) in Arizona or any state that allows early or absentee balloting and mail. Arizona residents can sign up at servicearizona.com

Arizona residents, mail your General Election ballot by October 28, 2020, for the November 3, 2020 election.

Check-in with the Secretary of State’s office where you live to verify your mail-in ballot was received, processed, verified, and counted.

Know the voter ID requirements in your state.

If you can, support Clean Election Candidates with a small contribution.

Also, please remember to stay informed on all the candidates and vote for all the offices on the ballot.

Also, remember to research all the ballot initiatives, sign to get them on the ballot if you support the measure, and vote on them as well.

Please click here to review the February 10, 2020 article that covered this legislation in the State Senate.