Mollycoddling right wingers is insulting to them and does no favor to the rest of us.

Home/Civil & Human Rights/Mollycoddling right wingers is insulting to them and does no favor to the rest of us.
Previous Next

Mollycoddling right wingers is insulting to them and does no favor to the rest of us. 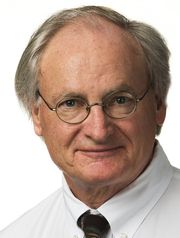 Conservative AZ Republic columnist Doug MacEachern has a habit of being willing to die on the weirdest hills, such as the time he defended a spurious anonymous complaint harassing the executive director of a pro-choice organization last November. More recently, he chided Democratic Sen. Steve Farley (D-Tucson) for tweeting and others for reporting a direct quote of his colleague Sen. Sylvia Allen (R-Snowflake) proclaiming that she would like for there to be mandatory church attendance.

First, MacEachern set the table with misty nostalgia for past lawmakers from Tucson who were so pleasant. Then he expressed somber disappointment that Farley, who held such promise to continue the tradition of being “a good person to be around”, has failed to do so.

So why was he such a jerk to Sylvia Allen?

That’s so civil of you, Doug!

Allen, a Navajo County Republican from Snowflake, has been in the news. Perhaps you heard. Every news source in town, pretty much, reported on Allen’s meandering whimsy in a committee hearing about “how we get back to a moral rebirth in this country.”

Allen said she didn’t know how that moral rebirth might happen because “we are slowly eroding religion at every opportunity that we have.”

And then she delivered the money comment that we in the media ran with like streakers on spring break*: “Probably we should be debating a bill that would require every American to attend a church of their choice on Sunday to see if we could get back…”

That “require every American to attend a church” comment, on its own, could be construed as a joke or not. The entire context of her remarks at that hearing, plus a subsequent interview with Arizona Capitol Times where Allen called her comment “flippant” but further pressed the need for an at least culturally-enforced compulsory religion laid bare her intentions fully.

“People prayed, people went to church,” she said in explaining her views.
“I remember on Sundays the stores were closed,” Allen said. “The biggest thing is religion was kicked out of our public places, out of our schools.”

MacEachern scolded Allen’s critics for picking on her – “inarticulate”, according to his tweet about it – statement. But there was nothing inarticulate about her statements at all! I fully understood Sylvia Allen’s meaning as did everyone else who heard it. Allen thinks that lack of practicing religion, enforced by government dictate or social pressure, has led to a collapse in public morals. I happen to think she’s wrong about that and find her inference that I’m incapable of morality because I’m not religious to be insulting and more than a little frightening. I don’t see why Sylvia Allen, who is a grown woman in a position of authority, cannot handle my (and others) saying so.

But Doug MacEachern does treat Sen. Allen as a fragile flower unable to deal with criticism:

We know her as a lawmaker whose primary issue this session has been reforming public-employee disclosure laws – a change prompted by her son-in-law, a former jail detention officer, who got caught in flagrante delecto trading cigarettes for oral sex. This was her going-home bill.

But, really, that creates an image of Machiavellian complexity that does not do Sen. Allen justice. She is an intensely religious product of an isolated LDS village, Snowflake, whose views and values perfectly reflect a most sheltered upbringing. Yes, she does believe the Earth is, roughly, 6,000 years old.

Not to put too fine a point on it, but Allen is pure, unadulterated rube. In her perfect world – which is what she clearly was drawing upon during her whimsy about mandatory religion – resolving social disputes in church is given wisdom.

As someone who disagrees with Sylvia Allen on every issue possible, I find myself having to defend her from MacEachern’s disgusting paternalism. Senator Allen can easily speak for herself and defend all of her positions. She is no rube and there are people – male and female – who agree with her about the age of the earth and numerous other topics. And they can be found in every single nook and cranny of the United States, from rural Arizona to the Upper East Side of Manhattan. They aren’t all “rubes” by any stretch. Some, like Ted Cruz, have Ivy League educations. Right wing authoritarians choose to believe ridiculous things and to ignore or discredit all evidence that refutes them. They are free to stop doing that at any time.

While there is a distinct whiff of sexism in MacEachern (and others) rushing out to defend Allen as merely being “awkward” or “inarticulate” in her choice of words, when she was neither, there is a maddening general tendency across the political spectrum to treat right wing authoritarians as if they are these helpless, addlepated creatures who know not what they do. Meanwhile, “liberal” and all its iterations have been made into a dirty word and the sneering contempt with which people like Sylvia Allen and Doug MacEachern treat liberals and Democratic voters continues unabated. We’ve handled conservatives smack talking about us all this time; they can surely endure being directly quoted by a colleague when they say something patently absurd and offensive in a Senate committee hearing.

What MacEachern’s snit over Farley tweeting about Allen does demonstrate is what I others have been saying about “civility” for years: It’s mostly about powerful people protecting their tender sensibilities by telling everyone else to shut up.