The editors of our sad small town newspaper, the Arizona Daily Star (“all the news that Jim Click decides is fit to print“) gave a “qualified” editorial endorsement to Prop. 123 on Sunday. Their cynical reasoning is summarized in this excerpt. Our view: a qualified ‘yes’ on Prop. 123:

Opponents of Prop. 123 argue that this lawsuit is the only leverage public education supporters have, and that to give that up is folly. They might be true, but it’s a naive position. These elected officials have had years to do the right thing and have refused. 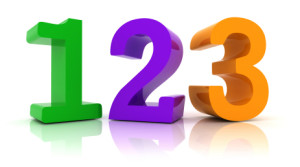 This will not change until voters elect different, and better, legislators. The way “safe” districts are drawn, it is fantasy to imagine that will happen soon.

In other words, the editors have lost all hope in our democracy, and in particular, you the voters.

The Star editors do not believe that Tea-Publican leaning voters who vote out of GOP tribalism for anyone with an “R” behind their name on the ballot, in reckless disregard for the consequences of their mindless actions, are capable of experiencing an epiphany and come to their senses, and vote to throw the lawless Tea-Publicans out of office to hold them accountable for their repeated violations of law and the Arizona Constitution.

The editors have lost hope that all of you who could not be bothered to vote in 2014 — an historically low voter turnout year — will bother to vote in 2016 to change the course of this state. The editors believe that you are hopeless “sheeple” who are willing to accept eternal abuse from our authoritarian Tea-Publican overlords and live your lives in hell. 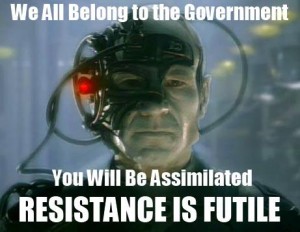 A similar, but more sinister cynical view is adopted by the patrician prevaricator for the Plutocracy, George Will’s mini-me at the Arizona Republic, Robert Robb.

This GOPropagandist believes  that Tea-Publicans are like the Borg Collective in Star Trek:

“In their collective state, the Borg are utterly without mercy; driven by one will alone: the will to conquer. They are beyond redemption, beyond reason.“

Robb disparages opponents of Prop. 123 as naive “flat-earthers” (as he has previously disparaged child advocacy organizations and education organizations, along with their Democratic supporters in the legislature, as being “the spending lobby.”) If the Prop. 123 flat-earthers get their way:

It’s not as though the skunks are going to have an epiphany if Prop. 123 is defeated and enact a tax hike to give the schools even more money.

Then we’ll replace the skunks with more enlightened leaders who will, goes the response. By which, they mean Democrats.

And mere control isn’t enough. Under the Arizona Constitution, it requires a two-thirds approval in both chambers to enact a tax increase.

But don’t forget that the head skunk, Ducey, has the job until the end of 2018. You know, the guy who ran promising a tax cut every year. He won, 53 percent to 42 percent.

You’ll have to wait until recreational marijuana is legalized to find a Democratic insider who thinks anything remotely like that is possible.

In other words, “Resistance is futile, you will be assimilated” by the GOP Collective, according to this GOP apologist.

A more reasoned analyses comes from The Republic‘s Laurie Roberts, who is as skeptical of Prop. 123 as are her colleagues E.J. Montini and Linda Valdez. Roberts: Trying (and failing) to jump onto the Prop. 123 bandwagon:

Over and over, I’ve heard Ducey proclaim that Prop. 123 and the $3.5 billion it’ll bring to the schools over the next decade is a good start.

What I haven’t heard him proclaim:

What comes after a good start? Has he made a single tangible commitment to improving the funding for Arizona’s public schools after Prop. 123 pays the schools what the law says they already are owed?

And what comes after that good start screeches to a halt in 10 years and the gravy train rolls to a dead stop?

Never mind that we could have stopped paying lawyers a long time ago, had this state’s leaders simply followed the law and covered the cost of inflation, as required by law.

They could do it still, by funding the schools out of the general fund, where there is a surplus of $600 million. Or by calling a halt to the annual tax cuts that are taking hundreds of millions of dollars out of budget. Corporate tax cuts approved in 2011 alone will cost the state $350 million a year once they’re fully in place in 2018, according to legislative budget analysts. Meanwhile, Ducey and legislative leaders are penciling another $30 million tax cut into next year’s budget.

Rather than using that money to fund schools, they want to tap the state land trust to pay their bills.

Put another way, they want to pay the kids what they’re owed out of the kids’ trust fund.

And here’s one thing they never mention in the glossy ads full of beaming children: Prop. 123 eliminates the voter-imposed mandate, requiring the Legislature to add funding every year to cover inflation.

Current law requires the Legislature and governor to fund inflation, no matter what.

Our leaders pooh-pooh the triggers, saying they’re nothing to worry about. Nothing that’ll ever happen.

So why, I wonder, are they there in Proposition 123?

In the end, I suppose whether you can launch yourself onto the Prop. 123 bandwagon comes down to one issue: trust.

Do you trust our leaders when they say this is the best path forward for public schools?

Leaders who are now considering public funding for an “economic freedom school” at ASU whose founding director has called for eliminating public education.

I’d like to support Prop. 123. I really would. Yet every time I look at that happy bandwagon, filled with smiling children, it’s appearing more and more like a Trojan horse.

The Republic also published an opinion by Chuck Coughlin, president and founder of HighGround Inc., a public-affairs and consulting firm, and the former “shadow governor” of Arizona under Governor Jan Brewer. My Turn: Could we do better than Prop. 123?

So, the question before us is, do we support Prop 123 or, as we often say to our kids, could we do better?

Sometime within the next few weeks, our Legislature will pass and our governor will sign a new budget for the coming fiscal year. Most sources indicate that this new budget will include approximately $30 million in new tax cuts.

Even if the new budget did not include any new tax cuts, previous legislative action will bring forth corporate tax cuts for fiscal year 2017 of $194 million, $279 million in fiscal 2018 and $346 million in fiscal 2019.
Altogether, that’s a total of $819 million in tax cuts over the next three years already in place, or $849 million if you include this year’s proposal.

Many well-respected economists have pointed out that corporations around the world are sitting on large sums of capital. Lest we not forget that Arizona, itself, is sitting on a large pot of capital. Today, Arizona’s “rainy day fund” balance is sitting at $460 million.

So with $849 million in pre-programmed corporate tax cuts and $460 million in the “rainy day fund,” is it the right policy choice to take from our trust account when the state has over $1.3 billion in capital available to invest in our most important asset — the human capital we call Arizona students?

Prop 123 has received similar criticism from a number of former state treasurers who claim, in part, that the proposal raids future revenues for our kids’ education to pay for current obligations and it lasts only 10 years — creating a funding cliff about the time most legislators and our governor will no longer be in office.

So as you ponder your own vote on 123 ask yourself: Could we do better?
Could we delay some tax cuts further? Could we use current revenues in the rainy day fund more wisely? Is there a better proposal to reform the State Land Trust to put more money in, so we can take more money out?

For me, I have answered that question, but it is worth asking as early ballots arrive: “Could we do better?”

The Republic also has an opinion by Abraham Kwok that raises more questions about Prop. 123. What Ducey needs to say to help Prop. 123.

Finally, the Arizona Daily Sun in an editorial opinion takes a skeptical view and advises voters to wait and see what the governor and legislature do with the state budget this week before voting. Our View: Many reasons to question good faith of Prop. 123:

So that is why we are holding off sending in our ballot on Prop. 123 – the election is not until May 17. As noted in the beginning, we have good reason to question whether the Prop. 123 settlement was negotiated in good faith when it comes to truly supporting public education. The pending tax cuts and final budget will provide key evidence to either confirm or deny that skepticism. Hang onto your ballot – and pay close attention to the news coming out of the Capitol in the next few weeks.

Ultimately it is up to the voters of this state to hold our lawless Tea-Publican legislators and governor accountable for their repeated violations of law and the Arizona Constitution, and to kick them out of office en masse in November. It’s time for Arizonans to rise up ans say “enough is enough!”