Lawyers Defending American Democracy (LDAD) is calling for disciplinary action against Texas Attorney General Paxton and the lawyers who supported his frivolous Supreme Court petition seeking to overturn the election. 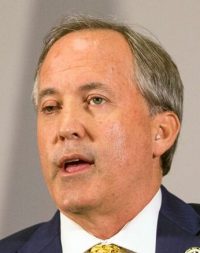 AG Paxton and 17 other state AGs submitted an amicus brief calling for the Court to negate millions of votes, along with 126 House Members who likewise endorsed AG Paxton’s position. The US Supreme Court refused to hear the lawsuit on Dec. 12.

“We call on state licensing authorities to promptly investigate the breach of ethical rules by these public officials and all lawyers participating in the filing of this Supreme Court petition.
They must not shrink from applying established ethical rules to discipline those officials.”

Josh Shapiro, Pennsylvania’s Attorney General, called Paxton’s petition a “seditious abuse of process.” It had no legal or factual basis. The action sought to negate the votes of millions of fellow Americans, delegitimize a duly elected incoming President, and undermine the foundation of the Republic: citizen’s trust in the validity of our elections.

The state Attorneys General who joined Paxton’s abusive lawsuit, and the lawyer members of Congress who endorsed it, are guilty of serious ethical misconduct. ABA Model Rule of Professional Conduct 3.1, adopted in one form or another by states throughout the country, provides: “A lawyer shall not bring or defend a proceeding unless there is a basis in law and fact for doing so that is not frivolous . . . .”

The Supreme Court swiftly agreed that the Petitioners failed to satisfy the threshold issue of standing. As Pennsylvania responded, “Texas has not suffered harm simply because it dislikes the result of the election.”

In addition, the petitioners provided no evidence of widespread fraud, rehashing the same allegations uniformly rejected by more than 40 state and federal judges. The legal claim was incoherent.
As the Republican Attorney General of Ohio wrote, “The relief that Texas seeks would undermine a foundational premise of our federalist system: the idea that the States are sovereigns, free to govern themselves.“

There is reason to question the motivations of the litigants in filing these frivolous actions. The Republican Party and President Trump have raised more than $200 million via this fraud on their supporters. Attorney General Paxton, who is under state indictment and federal criminal investigation, may well have his own motive for this filing – seeking the favor of a President who can pardon him. The other public officials who joined or signed onto the Petition placed their loyalty to President Trump or their own political self-interests above the oaths they have taken as lawyers and public servants.

Those oaths oblige them to uphold the Constitution. The Attorneys General and Congressional representatives did just the opposite. The Petition represented an attack on the vote itself, the central pillar of our Republic.

State Attorneys General are not exempt from lawyers’ ethical duties. State and local Bar associations and the leaders of the Bar need to publicly condemn this behavior. Licensing authorities should hold these elected officials accountable.

As fellow lawyers, we repudiate this misconduct. It brings shame on the nation, our profession, and the public officials who participated in this unethical and anti-democratic action.

Our condemnation of this misconduct must be expressed.

“Judicial time is a precious resource. To protect it, ethics rules forbid lawyers to file garbage claims. Government lawyers must be especially vigilant. Texas’s Supreme Court petition was a political campaign document in legal camouflage. Lawyers who filed or joined it ill-treated the Court, harmed the rule of law, and ill-served the public. Disciplinary investigation is necessary.”

“Every Constitutional lawyer knew the lawsuit was frivolous; the AG’s office should have known that, too.”

“In constitutional democracies, courts remain open to enforce important norms. The Texas effort to reverse the outcome of our presidential election, without any plausible grounds in fact or law to justify that result, amounts to an abuse of our courts (even where the courts are able to quickly reject the meritless claims). Worse still is the apparent goal of sowing doubt about the election’s outcome and to use the availability of our courts as a weapon against democracy itself.”