While the Manhattan DA, Cyrus Vance, Jr. has a September 1 hearing date, let’s not forget that there is another long-running investigation into the financial records of the Trump crime family’s criminal enterprise in New York.

The New York State attorney general’s office has asked a judge to order Eric Trump to provide testimony under oath and the Trump Organization to hand over documents about four Trump properties it is investigating, asserting the company has stonewalled the inquiry for months, court papers show. 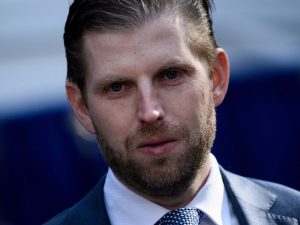 Eric Trump, who is President Trump’s son and the executive vice president of the company, abruptly canceled an interview under oath with the attorney general’s office last month, and last week the Trump Organization told the office that the company and its lawyers would not comply with seven subpoenas related to the investigation.

The filings in State Supreme Court in Manhattan [equivalent to a County Superior Court in Arizona] come as President Trump faces legal actions on several fronts. The Manhattan district attorney’s office has suggested in court filings that it is investigating possible bank and insurance fraud by the president and the Trump Organization.

The attorney general, Letitia James, started the civil inquiry in March 2019 after President Trump’s former personal lawyer, Michael D. Cohen, told Congress that the president had inflated his assets in financial statements to banks when he was seeking loans and had understated them to reduce his real estate taxes.

The office initially subpoenaed records from two of the Trump Organization’s lenders, Deutsche Bank and Investors Bank, seeking loan records for four of the company’s big projects and a failed effort to buy the Buffalo Bills of the N.F.L. in 2014. 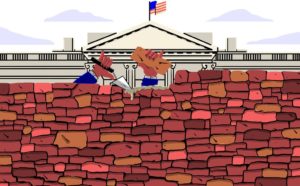 The Trump Organization at first provided some information and sought to forestall the attorney general from seeking a similar court order eight months ago, after the company failed to turn over information on a particular property.

But more recently, the attorney general’s office said, the Trump Organization had stalled and stonewalled, according to the filings, some of which were sealed.

The investigation is reviewing a number of Trump properties, including several that were raised in Mr. Cohen’s congressional testimony. The Seven Springs estate in Westchester County, N.Y., the Trump International Hotel and Tower in Chicago, 40 Wall Street in Lower Manhattan and the Trump National Golf Club, Los Angeles were the subject of the subpoenas.

The attorney general’s office has also asked the judge to order two lawyers to sit for interviews under oath: Charles Martabano, a land-use lawyer who does work for the Trump Organization, and Sheri A. Dillon, who has represented President Trump and his company on tax matters.

The office also asked the judge to order Ms. Dillon’s firm — Morgan, Lewis & Bockius — to comply with a subpoena, along with the Trump Organization, two related entities that own Trump properties, and Seven Springs LLC, which owns the Westchester County estate.

While the inquiry is civil, if Ms. James found evidence of criminal offenses, she could refer the case to another law enforcement agency or ask Gov. Andrew M. Cuomo of New York to authorize a criminal prosecution.

The investigation began after Mr. Cohen told the House Committee on Oversight and Reform last year that President Trump had knowingly inflated the value of his assets to show a net worth of as much as $8.7 billion in financial documents, many of which were provided to Deutsche Bank.

“I believe these numbers are inflated,” Mr. Cohen said at the time, adding that he had been present when the documents were given to the bank.

“It was my experience that Mr. Trump inflated his total assets when it served his purposes, such as trying to be listed among the wealthiest people in Forbes, and deflated his assets to reduce his real estate taxes,” Mr. Cohen said in his testimony.

Ms. James started her office’s inquiry in 2019, after months of promising that she would aggressively investigate Mr. Trump. Months earlier, she had listed herself among possible legal headaches for the president, along with Mr. Cohen and Robert S. Mueller III, the special counsel who was looking into Russian interference in the 2016 election.

“The president of the United States has to worry about three things: Mueller, Cohen and Tish James,” she said.

I will update when there is a hearing date scheduled.