Our reality TV show president and authoritarian wannabe tin pot dictator pulled an election year stunt on Saturday in a pathetic attempt to make it appear as if he is actually doing something, which he is not. In the process, he demonstrated just how uninformed and unfit for the job he is. Trump attempts to wrest tax and spending powers from Congress with new executive actions:

President Trump on Saturday attempted to bypass Congress and make dramatic changes to tax and spending policy, signing executive actions that challenge the boundaries of power that separate the White House and Capitol Hill.

At a news event in Bedminster, N.J., Trump said the actions would provide economic relief to millions of Americans by deferring taxes and, he said, providing temporary unemployment benefits. The measures would attempt to wrest away some of Congress’s most fundamental, constitutionally mandated powers — tax and spending policy. Trump acknowledged that some of the actions could be challenged in court but indicated he would persevere.

But there were instant questions about whether Trump’s actions were as ironclad as he made them out to be. A leading national expert on unemployment benefits said one of the actions would not increase federal unemployment benefits at all. Instead, the expert said it would instead create a new program that could take “months” to set up. And Trump’s directive to halt evictions primarily calls for federal agencies to “consider” if they should be stopped.

Trump also mischaracterized the legal stature of the measures, referring to them as “bills.” Congress writes and votes on bills, not the White House. The documents Trump signed on Saturday were a combination of memorandums and an executive order.

One of the measures Trump signed on Saturday aims to provide $400 in weekly unemployment aid for millions of Americans. Trump said 25 percent of this money would be paid by states, many of which are already dealing with major budget shortfalls. The federal contribution would be redirected from disaster relief money at the Federal Emergency Management Agency. [Would this be the funds intended for Puerto Rico relief after hurricane Maria?] Those funds are not likely to last more than two months, and Trump would not say when the benefits would kick in.

About those FEMA funds. Our reality TV show president is literally rebooting a ‘House of Cards plot’ after stimulus negotiations collapsed:

Washington Post correspondent Dave Weigel thought he had heard of the idea before.

“I hate to do this but… was this not literally a House of Cards plot? Didn’t [President Spacey] raid FEMA to pay for his jobs program?” Weigel asked. (That would be President Frank Underwood portrayed by Kevin Spacey).

*Spacey not Space. Autocorrect hates people who just want to be different.

Another document signed by Trump on Saturday attempts to defer payroll tax payments from September through December for people who earn less than $100,000. The impact of this measure could depend on whether companies decide to comply, as they could be responsible for withdrawing large amounts of money from their employees’ paychecks in a few months when the taxes are due.

The president said that if he wins reelection, he would seek to extend the deferral and somehow “terminate” the taxes that are owed. He also dared presumptive Democratic presidential nominee Joe Biden to try to recoup those tax dollars if elected in November. The payroll tax funds Social Security and Medicare benefits, and it’s unclear where those programs will get funding if the taxes are deferred.

Just to be clear, Donald Trump admitted on live TV he will ‘terminate’ Social Security and Medicare if reelected in November:

President Donald Trump on Saturday afternoon openly vowed to permanently “terminate” the funding mechanism for both Social Security and Medicare if reelected in November—an admission that was seized upon by defenders of the popular safety net programs who have been warning for months that the administration’s threat to suspend the payroll tax in the name of economic relief during the Covid-19 pandemic was really a backdoor sabotage effort.

Trump touted his order for a payroll tax “holiday”—which experts noted would later have to be paid back—but said if he won in November that such a cut would become permanent.

The Trump campaign was apparently so satisfied with the public acknowledgement of the president’s promise to make the payroll tax permanent—a move that would inherently bankrupt the Social Security system—that it clipped the portion of the press conference and shared on social media immediately after it concluded.

The president’s critics did as well, though they carried a different message:

Defenders of the program, including the advocacy group Social Security Works, were quick to point out the implication of what the president said and condemned Trump for threatening the program that has kept countless millions of people out of poverty—during retirement years or due to disability—since it was created over 75 years ago.

“We just heard it straight from Trump’s own mouth,” the group responded: “If reelected, he will destroy Social Security.”

“Social Security is the foundation of everyone’s retirement security,” Altman added. “At a time when pensions are vanishing and 401ks have proven inadequate, Trump’s plan to eliminate Social Security’s revenue stream would destroy the one source of retirement income that people can count on. Moreover, Social Security is often the only disability insurance and life insurance that working families have. If reelected, Trump plans to destroy those benefits as well.”

As the Trump administration has foreshadowed this kind of move for months, economists on Friday warned again that any effort to undermine the payroll tax would do practically nothing to help struggling workers and families, but everything to sabotage two of the most popular and successful programs in the country.

“It’s like borrowing money from the Social Security and Medicare trust funds to give to employers just to hold,” Seth Hanlon, a tax expert and senior fellow at the left-leaning Center for American Progress, explained to Business Insider. “They’re just gonna hold the withheld taxes because they’d have to pay it eventually.”

Richard Fiesta, executive director of the Alliance for Retired Americans, said in a statement that “after learning that Democratic and Republican congressional leaders would not go along with his harebrained scheme to cut Social Security’s dedicated funding source, President Trump lashed out and announced he would begin dismantling the system single-handedly.” 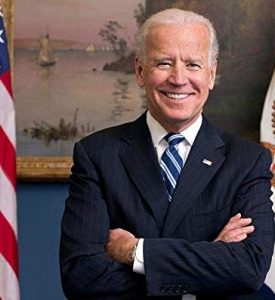 In an emailed statement addressing the president’s order, Biden said that such a move would “undermine the entire financial footing of Social Security.”

The presumptive Democratic nominee said that unlike the 2012 payroll tax plan put forth by the Obama administration, Trump’s executive order does not appear to include “protections or guarantees that the Social Security Trust Fund will be made whole.”

“He is laying out his roadmap to cutting Social Security,” Biden said. “Our seniors and millions of Americans with disabilities are under enough stress without Trump putting their hard-earned Social Security benefits in doubt.”

It remains unclear if Trump has the legal authority to suspend payroll taxes by executive action, and the president intimated during a question-and-answer session with reporters Saturday that he is expecting a lawsuit to challenge his move.

Trump has insisted that Congress include a payroll tax cut as part of the coronavirus relief talks, but both Democrats and Republicans have rejected the idea. He is fixated on this idea.

Two of the other executive actions are related to eviction protections and student loan relief. The plan related to housing only makes suggestions to federal agencies but does not halt evictions nationally. The measure on student loans aims to extend the relief granted by Congress in March through the end of the year.

Trump’s action on unemployment does not funnel additional money to the existing unemployment program, but instead creates a new program for “lost wages” that states will have to set up from scratch, said Michele Evermore, an unemployment expert at the National Employment Law Project. It could take months for such an effort to get off the ground, Evermore said, and states have already been overwhelmed in trying to set up the unemployment insurance programs.

Trump also signed an executive order stating that it was U.S. policy to minimize evictions and foreclosures. The order does not reinstate the federal eviction moratorium that expired last month or fund the billions in assistance Democrats have said is necessary to help people already behind on their rent.

Instead, the order calls on the Department of Health and Human Services and the Centers for Disease Control and Prevention to “consider” whether it was necessary to temporarily halt evictions. The Treasury Department and the Department of Housing and Urban Development “shall identify” federal funds to provide temporary assistance to renters and homeowners “who, as a result of the financial hardships caused by COVID-19, are struggling to meet their monthly rental or mortgage obligations,” the order says.

“The President cannot create new money with an executive order. These EOs simply show the limitations of the President’s legal authority,” said Jack Smalligan, a former official at the Office of Management and Budget and now a senior policy fellow at the Urban Institute, a centrist think tank.

Senior members of Trump’s administration cast doubt on the feasibility of these maneuvers as recently as this week.

Sen. Ben Sasse (R-Neb.), who has largely spoken out against the government spending large sums of money in coronavirus legislation, offered one of the party’s more cutting rebukes, calling the theory behind the move “unconstitutional slop.”

Rep. Justin Amash (L-Mich.), a libertarian who left the Republican caucus last year, compared the president’s actions to that of a “king.”

“Our Constitution doesn’t authorize the president to act as king whenever Congress doesn’t legislate,” Amash posted on Twitter.

Our Constitution doesn’t authorize the president to act as king whenever Congress doesn’t legislate.

It is still unclear if it is legal for Trump to unilaterally intervene on unemployment and other benefits, with the president intimating on Saturday in New Jersey that he does anticipate law suits against the orders.

Oh, there will be lawsuits, and courts will quickly enter restraining orders.

The “burn, baby burn” caucus of the Republican Party needs to get their disloyal asses back to the negotiating table and cut a deal. This ridiculous reality TV show bullshit has to end. Americans are dying from COVID-19, they are going broke, going hungry, and being evicted from their homes, all while these lickspittle servants to billionaire Plutocrats are more concerned about manufacturing right-wing propaganda talking points for Trump campaign ads and Fox News.