In 2016, the Supreme Court struck down a TRAP law from Texas requiring hospital admitting privileges for doctors performing services at abortion clinics in Whole Woman’s Health vs. Hellerstedt. 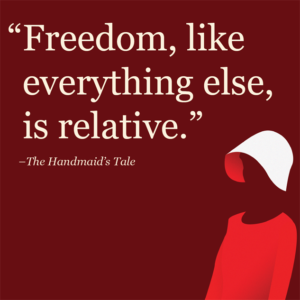 The state of Louisiana then enacted the very same TRAP law as the Texas law already struck down by the high court, for a do-over attempt at the court after Justice Anthony Kennedy retired and was replaced by Brett “I like beer” Kavanaugh, an avowed anti-choice forced birther. This do-over was a transparently cynical use of Senator Mitch McConnell’s years-long assault on the federal courts to pack the federal bench with right-wing activist ideologues who would eventually vote to overturn long standing precedents in Roe v. Wade (abortion 1973) and even Griswold v. Connecticut (contraceptives and the “right to marital privacy” 1965).

Things didn’t go exactly according to plan today when Chief Justice John Roberts, who had voted with the minority in Whole Woman’s Health, changed sides on the basis of stare decisis (to stand by prior precedent when deciding a case with arguably similar facts). My first reaction was “What, now you suddenly discover stare decisis?,” because Justice Roberts is responsible for 21 cases in which an identifiable precedent was overturned or altered during the Roberts court. Precedent And The Roberts Court In 4 Charts. Why now? I have no idea.

The top-line takeaway today is that Whole Woman’s Health is still precedent and remains the law of the land, as modified by Chief Justice Roberts’ concurrence today in sustaining this precedent.

The opinion is June Medical Services v. Russo. Here is a link: https://www.supremecourt.gov/opinions/19pdf/18-1323_c07d.pdf

But things are not always what they appear to be as legal analyst Mark Joseph Stern explains at Slate. John Roberts’ Opinion Preserving Abortion Rights Is Also a Threat to Abortion Rights:

Chief Justice John Roberts handed reproductive rights advocates a victory on Monday when he joined the liberals to strike down Louisiana’s draconian restrictions on abortion clinics. The outcome is, indisputably, a triumph for Louisiana’s three remaining clinics, which can now remain open thanks to the Supreme Court. 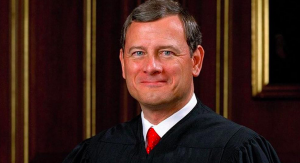 But Roberts’ opinion itself is far from an unalloyed endorsement of a constitutional right to choose. In fact, the chief justice cut back protections for women seeking abortions and laid the groundwork for a future erosion, if not outright reversal, of Roe v. Wade.

Monday’s case, June Medical Services v. Russo, dealt with abortion restrictions that are identical to a Texas law that the Supreme Court struck down in 2016’s Whole Woman’s Health v. Hellerstedt. Louisiana required abortion providers to obtain “admitting privileges” at a hospital within 30 miles of their clinic. These privileges are often impossible to obtain, since hospitals can deny them for a panoply of reasons, including their opposition to abortion and their view that the provider admits too few patients to justify the credential. Had Louisiana enforced this requirement, it would’ve left the state with just one doctor authorized to terminate pregnancies.

In Whole Woman’s Health, the court ruled that Texas’ admitting privileges law imposed an “undue burden” on the constitutional right to abortion. Since Louisiana’s law is indistinguishable from Texas’, it should have been plainly unconstitutional under Whole Woman’s Health. But the 5th U.S. Circuit Court of Appeals effectively defied precedent by upholding the Louisiana regulation. The 5th Circuit may have hoped the Supreme Court had changed since 2016: Justice Anthony Kennedy, who cast the fifth vote, retired, replaced by Justice Brett Kavanaugh, a foe of abortion rights. Thus, the big question in June Medical is whether Roberts, who dissented in Whole Woman’s Health, would nonetheless invalidate Louisiana’s law on the grounds of stare decisis, or respect for precedent.

And that’s exactly what Roberts did—with a catch. The court actually splintered 4–1–4: Justice Stephen Breyer wrote for the four liberals, the chief justice wrote an opinion concurring in the judgment, and the four other conservatives dissented. Breyer, who wrote Whole Woman’s Health, faithfully applies his own precedent. He explained that the burdens of the law outweigh its alleged benefits to patients, rendering it an “undue burden” and a “substantial obstacle” to abortion. Under 1992’s Planned Parenthood v. Casey, the landmark decision reaffirming Roe, a restriction on pre-viability abortion violates the Constitution if it imposes an “undue burden” or “substantial obstacle.”

Although Roberts supported Breyer’s bottom line holding, he declined to join Breyer’s opinion. Instead, he penned a separate, narrow concurrence to explain his views. Because the chief justice’s opinion is narrower than Breyer’s, it is “controlling”—that is, it’s the law of the land. Advocates on both sides of the abortion debate will thus be scrutinizing Roberts’ concurrence for years to come. And it gives both sides reason for encouragement.

Start with Roberts’ agreement with the liberals that the Louisiana regulation placed a substantial obstacle in patients’ path to abortion. The chief justice explains that the result in June Medical “is controlled by our decision four years ago invalidating a nearly identical Texas law.” Under “principles of stare decisis,” the court is obligated to acknowledge that Whole Woman’s Health’s analysis “requires the same determination about Louisiana’s law”: It is unconstitutional. Here, the federal district court made factual findings that the Louisiana law would impose an undue burden by shutting down two of the state’s three clinics, making it much more difficult for residents to terminate a pregnancy. The law requires SCOTUS to abide by those findings unless it sees a “clear error.” While the other four conservatives contested these findings, the chief justice accepted them, requiring him to affirm the district court.

In short, Roberts—alone among the conservatives—agreed with the liberals that Louisiana cannot pretend its law creates no real burden for abortion patients in the face of ample evidence that it would shutter clinics.

But the chief justice then whittled down the holding of Whole Woman’s Health, replacing its balancing test with a stingier rule that may give states broader leeway to restrict abortion. Roberts expressly disavowed Breyer’s test, which weighed a law’s benefits to patients against its burdens. “There is no plausible sense in which anyone,” he wrote, “let alone this Court, could objectively assign weight to such imponderable values” as “the potentiality of human life” and a woman’s “own concept of existence.” Rather, he declared, the court must retreat back to Casey’s cramped standard, which asks only if an abortion restriction imposes an “undue burden,” and does not permit courts to consider the benefits, or lack thereof, in making that determination.

Casey’s “undue burden” standard was itself a compromise position that replaced the strict scrutiny standard of review applied by the court in Roe v. Wade.

Roberts’ revision marks a retreat from Whole Woman’s Health, effectively overruling its expansion of Casey and preventing courts from invalidating moderately burdensome abortion limitations. Consider this hypothetical example: A state requires patients to wait one week between requesting an abortion and obtaining one. During that period, she must visit the clinic at least three times to view multiple anti-abortion documentaries, ostensibly to ensure she understands the consequences of her decision.

Under Breyer’s balancing test, this law would obviously be unconstitutional: It provides no actual medical benefits to patients while imposing at least some real burdens. But under Roberts’ version of the Casey standard, it might be constitutional: Yes, the law would put an obstacle in patients’ path to abortion, compelling them to make repeated visits to a clinic that might be hundreds of miles away and spend hours viewing propaganda. But it is, at least in theory, a surmountable obstacle (even though in reality many women would just give up). So Roberts may well find that it is not an undue burden.

In truth, however, it’s not even clear that Roberts’ loose test will survive for long. The chief justice noted that “I joined the dissent in Whole Woman’s Health and continue to believe that the case was wrongly decided.” He then pointed out that no party in June Medical “has asked us to reassess the constitutional validity” of Casey. Here, Roberts strongly suggests that he would be open to overruling Casey if a state asked him to. But because Louisiana did not challenge that decision, Roberts felt obliged to stand by it.

Fourteen states have already passed laws banning abortion before viability—that is, before the fetus can survive outside the womb. Because SCOTUS has ruled that states cannot ban abortion before viability, these laws are an indisputable violation of Casey. The states are defending their abortion bans by explicitly asking courts to overrule Casey and abolish the constitutional right to terminate a pregnancy. The Supreme Court could take up one of these cases next year. In June Medical, Roberts refused to accept Louisiana’s misrepresentations of its own law. Yet he didn’t side with the liberals out of a newfound respect of women’s autonomy. He did so because he decided this particular case was not the right vehicle to overturn Casey. Abortion rights have survived another day, but a chill wind still blows.

A woman’s right to control her own reproductive health and to make her own decisions in private consultation with her doctor and her own conscience remains under threat from the anti-choice forced birthers. Five conservative male justices are looking for the right case to reverse almost 50 years of abortion rights precedent. This is what is at stake for women in this year’s election.

Roberts made it clear that he reads the Casey decision very narrowly, to allow restrictions on abortion that don’t impose an “undue burden” on reproductive freedom. He signaled that he is still open to upholding laws that chip away at the existing abortion rights framework, which has been his approach in the past. Roberts hasn’t had some transformative epiphany that made him into a staunch defender of abortion rights.

But crucially, Roberts also made it as clear as he could that, so long as he is the swing vote on the court, he isn’t open to overturning Roe or Casey. He doesn’t want the Roberts Court to be remembered as a reactionary body that reversed nearly 50 years of settled law on abortion rights.

This is a massive setback for legal conservatives. It means that to overturn Roe and Casey, they need President Donald Trump to be re-elected and to get at least one more conservative on the court to replace a liberal justice.

I am not sure that I agree, but Feldman certainly gives motivation to get out and vote.