I don’t know why Republicans are so hellbent on a sixth conservative justice on the Supreme Court when the five justices they already have on the court have been going apeshit with election challenges in favor of Republicans, and now giving a “win” to the Trump administration on the U.S. Census (America loses).

This does not bode well for the future.

The Supreme Court granted a request from the Trump administration to halt the census count while an appeal plays out over a lower court’s order that it continue. 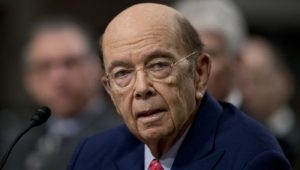 The administration had asked the high court for “immediate relief” because a lower court order would have required the census count to continue until October 31. The Trump administration argued that would have prevented Commerce Secretary Wilbur Ross from delivering a count of the nation’s population to President Donald Trump by December 31.

The ruling is a win for the administration, which argued the shortened deadline is necessary to give the Commerce Department enough time to meet the December deadline. The administration noted that the count had been delayed by Covid-19 but that if the time spent counting were shortened, that deadline could still be met.

Justice Sonia Sotomayor dissented from the order, fearing that the shortened timeline would produce inaccurate results.

“Because the harms associated with an inaccurate census are avoidable and intolerable, I respectfully dissent from the grant of stay,” she wrote.

No other justice noted a dissent.

The decision is likely to fuel fresh scrutiny on the accuracy of the bureau’s US population count, which has already been disrupted by the pandemic.

The outbreak hit just as the massive once-a-decade count was getting underway, scrambling the Census Bureau’s plans. The agency suspended field operations for a time, although that work eventually resumed in some areas.

The census determines how many representatives each state gets in Congress and how billions of dollars in federal funding is spent. Schools, roads and other important things in communities will gain — or lose — funding over the next 10 years depending on this official population tally.

And while this year’s census has relied more heavily on collecting responses by phone, mail or online, the operation still needs a robust field operation to reach minority communities as well as students on college campuses, seniors in assisted living facilities and people experiencing homelessness.

The new Congress in January may have to order a supplemental census to improve its accuracy before using that information to reapportion Congress and to send that data to the states. A temporary delay in reapportionment and redistricting can be accommodated. Something to consider.