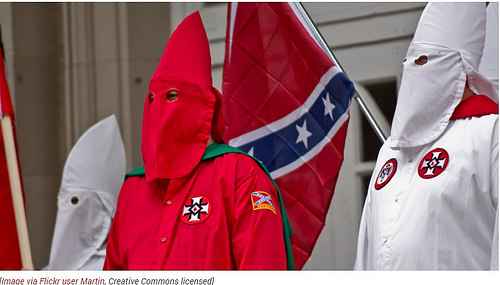 Remember how we’ve been told, lo these many years, that the reason for all the “extremism” in Congress and in state governments is that unwashed yokels wrested democracy from the capable hands of Serious Business People™ and were somehow able to put their petty culture war concerns ahead of The Very Important Things That Serious Business People™ Care About. Thus we are told we must eliminate public campaign financing (at least from states, e.g. Arizona, whose benighted voters are deemed unable to handle it by NYT columnists). We are told that primary elections must be changed because the conventional wisdom (which is never wrong) holds that yokels voting in closed primaries are ruining everything. Above all, we simply must impress upon these truculent yokels the need for civility in our public discourse! These things, surely, will lead to a glorious era of temperance where country club Republicans politely sip tea with centrist Democrats!

Interestingly, there is a state that has no public financing of campaigns whatsoever and a jungle primary that has been in place since 1976. That state is Louisiana, which has been the locus of a bit of a kerfluffle lately.

Yes, Louisiana is home to David Duke, the KKK leader who won one of two spots in the 1991 primary election that year (Jungle Primary FTW!). But Duke continues to be important this year, due to Rep. Steve Scalise (R-Obvs) having to explain why he spoke at a Duke white supremacist event in 2002. Duke has threatened to expose other politician who he says have ties to him if Scalise is ousted from leadership. Even more disturbing is the revelation that donors to Duke’s organization have also donated to dozens of politicians from the major parties (vast majority Republican, natch).

The obvious conclusion to draw from Louisiana’s failure to become a centrist utopia despite having the primary system preferred by Serious People and no public campaign financing is that they must be home to a powerful breed of uber-yokels (with extra-strength racism!) who are able to overcome those hurdles. How else to explain why a KKK Grand Wizard could arise to such political prominence there? It’s a mystery!

Reporter Andrea Dubé drilled down into the actual money that David Duke has been able to raise and give to (mostly) Republican candidates.

At least two politicians have paid big money for David Duke’s list of supporters: two-term Louisiana Governor Murphy J. “Mike” Foster, Jr. paid $150,000, and former Louisiana state legislator (and current president of the Family Research Council) Tony Perkins paid $82,500. Both Foster and Perkins were caught trying to cover up their purchases. Other politicians have most certainly used Duke’s lists – they have just gotten better at hiding it.

Reviewing the finance reports from Duke’s last campaign for federal office in 2000, I found at least 58 politicians who have received money from donors who also gave to David Duke. This list is by no means exhaustive, in fact it only includes the data from 17 of Duke’s contributors. Duke has raised millions of dollars from national political donors, and most of this money isn’t accounted for in public records.

So what does it mean? It certainly doesn’t mean that these politicians are all white supremacists. It does mean, however, that they’ve accepted money from supporters who have financially backed a very prominent white supremacist.

It is tempting to shrug off David Duke as a radical figure who is out of touch with mainstream values. Most of these politicians probably will. Duke’s overt racism makes even the most conservative politicians nervous, and they will bend over backwards in their attempts to distance themselves from him. But the ugly secret? They are benefiting – directly and in the form of large sums of money – from Duke’s sinister world.

Below is the list of politicians who have accepted money from David Duke supporters. As you’ll see, it includes John McCain, Rand Paul, Mitt Romney, Rick Santorum, Steve King and David Vitter among many others.

Not unwashed Clean Elections primary candidates getting $5 contributions from yokels. These are frequent contributors giving sums ranging from the hundreds to the thousands of dollars to both David Duke and several (mostly) Republican politicians, many of whom are now considered to epitomize the so-called GOP establishment.

And Steve Scalise remains the GOP Majority Whip of the US House of Representatives as of this writing because “David Duke without the baggage” is the new moderate Republican. Very Serious People™, you might want to sit down for this, but it’s looking increasingly improbable that the genteel tea sipping is going to ensue anytime soon and your face-saving narratives for our current political dysfunction (Clean Elections! The closed primaries! Uncivil rhetoric on both sides!) are dissolving.