Steve Diamond is the Only Choice for Pima Dist. 4 Supervisor. Steve Christy is an Abomination.

Home/AZ Politics/Steve Diamond is the Only Choice for Pima Dist. 4 Supervisor. Steve Christy is an Abomination.
Previous Next

Steve Diamond is the Only Choice for Pima Dist. 4 Supervisor. Steve Christy is an Abomination.

After listening to a League of Women Voters debate, it is clear that Steve Diamond — the first Democrat to run for Pima County District 4 Supervisor — is the servant of the people.

At the same time, incumbent Steve Christy is a science denier who is the servant of super-PACs and the fossil fuel industry.

However, it gets more pernicious than that.

While the once-beneficial grants afforded police in 2003 were meant to defray police department costs, they have become Immigration & Customs Enforcement’s (ICE’s) chilling tool.

“These grants aren’t free. They come with strings attached,” Diamond warned his opponent.

Under Trump’s vicious regime, the state grants can only be secured by cooperating with ICE, which places immigrants in for-profit immigration detention centers owned by public companies. The companies such as Geo Group and Core Civic, consider the inmates as “inventory” in deplorable conditions. 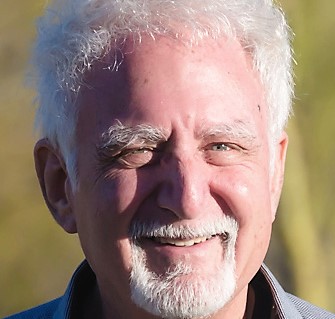 Steve Diamond is endorsed by the Arizona Daily Star.

Traffic Stops Based on Flimsy Pretexts

“What that means is that they’re making traffic stops based on flimsy pretexts such as cracked windshields or broken tail lights.”

If the drivers are undocumented, the police departments contact ICE, Diamond says.

“I don’t believe there are any facts behind this,“ Christy argues.

“Stonegarden Grants are designed to help protect the citizenry along with certain areas of our borderlands that are subject to violence, illegal gun dealing, and human trafficking.”

“I have been the strongest law enforcement partner that you have on the board of supervisors and have fought relentlessly, receiving Stonegarden grants and other law enforcement monies every step of the way,” Christy told the League of Women Voters forum. 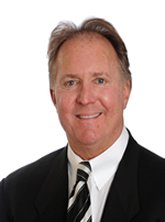 Christy “champions businesses large and small, especially restaurants and gyms that are forced to interface with the brutality of overreaching regulations” imposed by the Board of Supervisors since COVID began sickening Arizonians last March.

“There should be no mask mandate. There is a personal responsibility that can be exhibited by all of our citizens,” Christy states.

He’s annoyed that small business owners are painted as “bad guys” when they’re “about one of the most vulnerable groups in our community.”

“I don’t think that the small business owners are one of the most endangered groups in this community,” Diamond counters.

“I think that our disadvantaged communities, the homeless, tenants struggling to meet their rent and our immigrant communities of color are much more greatly disadvantaged than our small business owners,” Diamond maintains.

“I agree completely with the masks mandate, and I also agree with working with business owners for sensible regulations.”

Diamond notes that public health should be our No. 1 priority.

Christy argues that “overlaying COVID-19 as the No. 1 public health priority are ancillary health issues that have been created by the shutdown of our economy and the closure of our businesses.”

“We’ve seen a spike in depression, in opioid drug use, in suicide, child abuse, and domestic violence.”

Christy doesn’t believe that Pima County should be involved in climate change. “It’s too expensive to install whatever sustainable energy the committee is trying to install.”

“I certainly would not want to see the county deeply mired in the expense of clean energy and not take into consideration the needs of the energy system we have.”

Diamond assures voters that “we can nurture local business that are involved in sustainable energy,” without harming existing energy providers.

Christy is a Science Denier

“I don’t believe science backs climate change, and you can find just as much science that says there is no connection between man-made climate changes,” says Christy.

“Once again, we’re seeing science denial on Mr. Christie’s part,” Diamond points out. “If we’re basing our decisions on science denial, then we’re in trouble.”

“I will work toward justice and inclusion for disadvantaged communities, working families and the shrinking middle class, by which I mean economic justice, social justice, and environmental justice,” Diamond pledges.

“I intend to help grow the local economy out of the present recession without imposing tax increases or giving away taxpayer money,” Diamond concludes. For more information visit votestevediamond.com.

Lynn Shapiro, a former reporter for the American Legal News, began reading The Blog for Arizona in time to catch the midterm Blue Wave coverage and has been an acolyte ever since. In her writing career, she has covered gun laws, LGBT rights, cannabis litigation, Obamacare, and obstruction of justice for many publications, including Newsweek. Before writing about law and politics, Lynn wrote about medicine and prior to that, Wall Street. Lynn is a graduate of Hampshire College, and studied journalism at the University of Massachusetts. She lives in New York City for the time being.