The Arizona GOP had one job in 2014, and Robert Graham muffed it

Home/AZ Politics/The Arizona GOP had one job in 2014, and Robert Graham muffed it
Previous Next

The Arizona GOP had one job in 2014, and Robert Graham muffed it 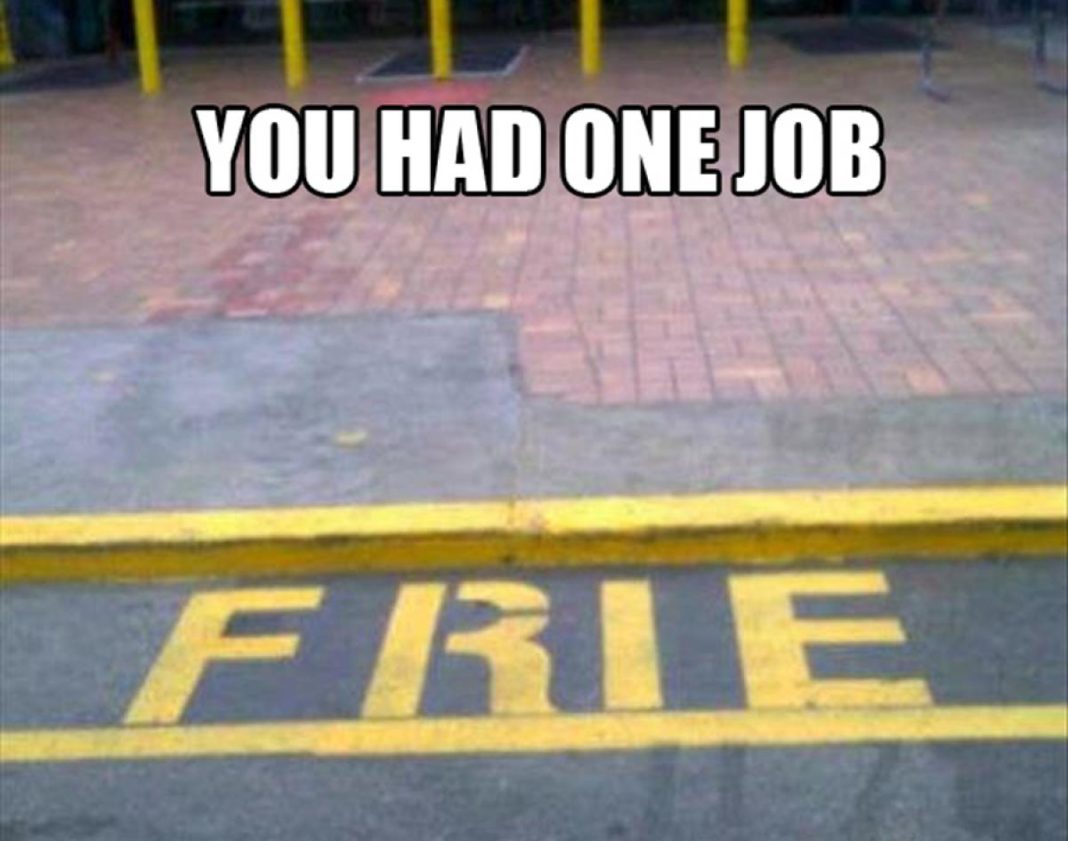 The AZ GOP sent out a strange message that looks like a cross between their Chairman Robert Graham spiking the football post election and some sage advice for the AZ Democrats.

Ten Reasons Arizona Democrats are Disenchanted
Arizona Democrats suffered crippling losses in the 2014 election, failing on an even grander scale than in their 2010 and 2012 losses. In addition to losing a congressional seat and falling short, again, in efforts to win a single statewide office, one must explore how the party that promised the world ended up delivering nothing, and then some. After repeated disasters at the polls Democrats must be pretty disenchanted. Could their demise have been prevented? Let’s take a look.

1. Democrats thought they had an advantage at the beginning of the primaries. Democrats went into the 2014 primary election confident that they could finally take a significant hold on statewide seats and even win some in the legislature. What they ended up with was a nonexistent primary process, substandard and untested candidates, heavy debt, and an inability to mobilize their party’s voters. While some liberals were clearly excited about Fred DuVal, his lifelong career as a special interest lobbyist was not something Arizona voters thought would make him a good governor.

2. Democrat Fred DuVal had little support from independent groups.
Fred DuVal was only able to rack up one-eighth of the spending independent groups used to contact voters. Apparently everyone loves a winner, and those groups seemed to know DuVal was weak from the start. Polls early and late in the game showed that reality, and of course no amount of spending can rescue a candidate widely expected to lose by double digits.

3. Democrats had an underwhelming primary. Untested candidates means an unenthusiastic electorate. Even the media had little to report during the Democrats’ process of secretly hand-picking nominees, and no publicity in a statewide election means doom. Everyone likes a good fight, even within the party. Democrats could only find one candidate for the biggest seat in the state. Republicans, in contrast, were able to watch a thoroughly competitive primary involving six candidates have a healthy discussion about the issues. In addition, Democrats handed the treasurer’s seat over to the Republicans by failing to produce a nominee.

4. The Democrat Party was in persistent debt while Robert Graham outperformed in fundraising for the AZGOP. The Arizona Democrat Party began 2014 with $7,000 in cash and $68,000 of debt. Under Graham’s leadership the AZGOP began 2014 with $193,000 cash on hand and no debt. Graham was prepared, responsible, and effective as a fundraiser well in advance of the election and was more than ready to fund voter registration, research, and party building activities to help our nominees succeed.

5. Democrats went into 2014 after stinging losses from 2012.
Though not as bad as 2014, 2012 was still a bad year for Democrats in Arizona. Republican presidential candidate Mitt Romney won Arizona by nearly ten points against Barack Obama. That same cycle, Richard Carmona lost against Jeff Flake in the Senate election. These major losses resulted in disappointment among Arizonan Democrats, and it was too much to ask for Democrats to come into 2014 with wounds from the 2012 election still fresh.

6. Diane Douglas. When Arizona Republicans vote, they’re thorough. Every statewide GOP candidate emerged with a victory and a four-year term. Diane Douglas, our new Superintendent of Public Instruction, is proof that every vote counts in a close race. And to her credit, she won the nomination against an incumbent through her hard work, dedication, and education policies that voters connected with. Not to mention the support of voters who equated Common Core with Obama’s heavy-handed mandates.

7. Barack Obama. When you hold the White House, you’re tempted to think that means everything. But on every issue the Democrat ideology failed to capture the hearts of Americans. From Benghazi and immigration, to ObamaCare and the national debt, the Obama Administration failed to deliver upon its promise of a new, liberal nation. Democrat voters were frustrated, betrayed, and unwilling to be pawns again. Ignored by their party after losing Arizona by ten points in 2012, Arizona Democrats had nowhere to go on election day and apparently just stayed home.

8. Voter registration advantages are nearly impossible to overcome. In 2012 there were 168,000 more Republicans in Arizona than Democrats. Another two additional years under the Obama Administration, where voters saw first-hand the implementation of the tax-hiking and health-undermining ObamaCare, the spread jumped to 178,000. Republican candidates nationally clamored to win back the U.S. Senate, and in Arizona candidates readied for their push back on the unconstitutional mandates coming from Washington. Republicans gained a net increase in registration over Democrats.

9. Republicans turned out. The most important reason Republicans were able to sweep the entire state is because their voters turned out. Unfortunately for Democrats, Republicans were not plagued by indifference or malaise. GOP voters excitingly turned in their early ballots or went to the polls. Enthusiasm resonated within the party and Republican turnout was significantly higher than Democrat turnout. Maricopa County, home to more than 60 percent of Arizona’s voters, saw a turnout of 45 percent for Republicans with Democrats and Independents lagging far behind at 28 percent.

10. Republicans take nothing for granted. Time will tell whether a series of increasingly harsh losses will affect Democrats’ future performances in Arizona politics. For now, Arizona Republicans led by Chairman Robert Graham will take nothing for granted and will work as hard and as long as they ever have to restore and maintain conservative leadership in this state.

Some of those things are simply observations that I or any other engaged Democrat would agree with while others are Robert Graham desperately flailing to take credit for Republican successes in which he had little to no part, in advance of next month’s reorganization where he faces opposition for State Chair.

Graham’s bragging about fundraising by the AZ GOP is especially laughable since the party raised a pittance for the 2014 election in comparison to the actual amount of money that flowed in from outside groups (over $27 million, most of which went to help Republicans). GOP statewide candidates needed no help from the state party and most of the legislative ones were safely positioned for election or reelection. Which leads me to the major failure that Robert Graham really does not want you, and by “you” I mean “members of the Arizona Republican State Committee” to pay attention to.

Election night was basically a bloodbath for Democrats in Arizona but I managed to find one silver lining on that dreadful night. As I noted to Mark as we morosely drove home from the Renaissance, “You know, it’s really gotta suck to be Shawnna Bolick tonight.” 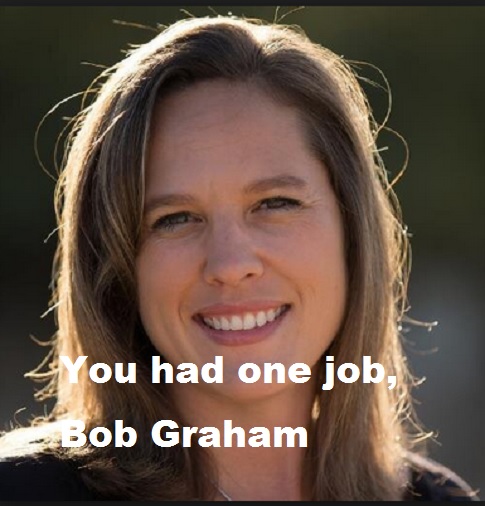 Bolick was the Republican candidate for LD28 House, in a district with a not-insignificant Republican registration advantage, challenging incumbent Democrat Rep. Eric Meyer, who ended up winning his fourth term for that seat by the best margin he ever had; it was the first time he was elected outright on election night without having to wait days for ballots to be counted. It’s puzzling that in what was looking to be such a rout of the Democrats that the AZ GOP didn’t devote more of the resources Graham claims credit for toward that race, considering how Dr. Meyer is now going to be the House Minority Leader. Oops.

I could also say that Graham choked on Ethan Orr (R-Tucson), who lost his reelection race for the House to Dr. Randall Friese (D), but I’ll sport him that one since it ended up being so close. But there’s no excuse for the LD28 loss. Graham had one job in 2014, and he sucked at it. I hope he gets reelected as Chair next month.