The Day of Reckoning is Coming for the National Debt

Home/AZ Congressional Delegation, National Politics/The Day of Reckoning is Coming for the National Debt
Previous Next

The Day of Reckoning is Coming for the National Debt 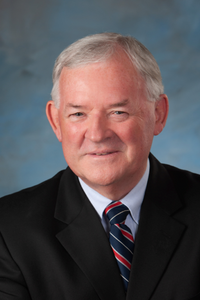 Bob Musselwhite is a candidate for the US House of Representatives for CD8, near Phoenix.

My name is Bob Musselwhite and I am running for the U. S. Congress as a Democrat.  I want to thank the Blog for Arizona for running these comments expanding from my platform.

This commentary involves the planned increase in the national debt contained in the President’s proposed budget.  I am opposed to any further increase no matter the party in power.

At the end of President Obama’s last budget, according to figures, and calculations vary, the national debt stood at approximately $20.24 trillion.  This budget extended about 10 months into President Trump’s term in office.  Now, a little after two years in control, by this president the national deficit has increased to $23.2 trillion and continues to climb.  This increase is not in response to any national emergency or reason such as the threat of collapsing banks.

Now we have a budget proposed by this President that continues increasing this deficit as if it were normal, spending money we do not have.  This budget will continue an economy on credit, while giving lip service to cutting expenses by reducing the safety net of those who are least likely to have any say in the matter.  The organic problem with the costs of our government is that too many public functions have been turned over to more expensive privatization and opportunities for corruption.  Privatization requires profit to start with.  Smaller government is not necessarily less expensive government if functions are privatized.

The ongoing increase in national debt must be immediately addressed by returning to a broader progressive tax bracket that required the very rich to pay their share.  We must then cancel expensive privatized contracts and begin to reduce costs by bringing services back “in house” within the government.  This is a pragmatic solution.  Ideology is almost never pragmatic and it is certainly not related to common sense.  The ideology of Milton Friedman, in this case, has proven to be incorrect.

Why does it matter?  Currently, interest rates are very low.  I consider the rates abnormally low, so there is not much of a pinch on our treasury/taxes.  This will change when it becomes necessary to cool an overheated economy by raising interest rates.  At that time these higher rates will produce limited resources to address ongoing national needs.

In addition, with this debt, we are putting our children and their children in a straight jacket when it comes to addressing the concerns of their day.  A very possible day of reckoning may lead to the devaluation of our dollar that would destroy savings accounts and pensions.

We need to avoid this situation by stopping this increase in the debt now and by adopting as a national goal the idea of paying it down to a more manageable level.  The national debt is sugar water for our economy.  It is not nourishing or sustainable.

For more information about the author, visit Bobmusselwhiteforcongress.com.