The Kirkpatrick v. Marquez-Peterson CD2 Congressional Debate at a Glance

The Kirkpatrick v. Marquez-Peterson CD2 Congressional Debate at a Glance 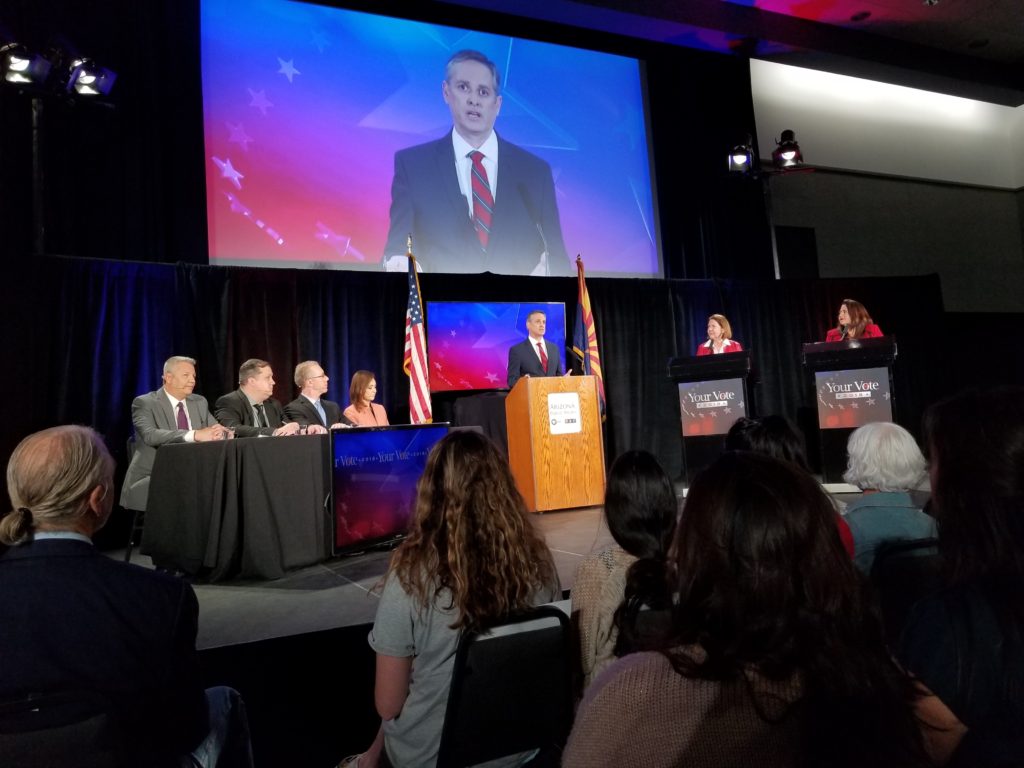 Voters have a clear-cut choice: Marquez-Peterson would be a clone of Martha McSally, who abandoned the district, and Kirkpatrick would bring back progressive values for the first time in 4 years.

The chart below displays each candidate’s answers to questions from a panel of news reporters. An empty box indicates that the question was directed to one candidate only.

Kirkpatrick accused Marquez-Peterson of wanting to cut Medicare and Social Security, but the Republican denied it.

Kirkpatrick charged that Marquez-Peterson opposes a women’s right to choose health care options, and the Republican let the accusation stand.