What else should the American People expect from the person who was endorsed by the KKK for President in 2016? 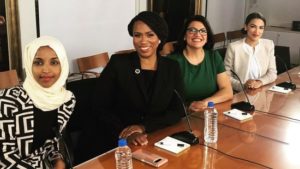 This morning, the 2016 Popular Vote Loser, also known as Individual One, tweeted that the four progressive Democrats ( Representatives Alexandria Ocasio-Cortez, Ilhan Omar, Ayanna Pressley, and Rashida Tlaib) who represent the Squad) who had become entangled in a war of words and direction with Democratic House Speaker Nancy Pelosi, should go back to their native countries and fix them before lecturing on how to repair America.

The Liar in Chief apparently has no idea that all four of these Representatives are now American Citizens.

This is their home. This is the country they want to fix.

Debating how to repair the country between factions in a political party is normal and is par for the process although some members (like some of the Squad) admittingly do need to think before they talk or write.

Issuing racially charged tweets and comments from the White House Lawn (the KKK endorsed Candidate made conspiracy-laden comments about Omar at the event where Labor Secretary Acosta resigned) should not be the norm of the nation’s political discourse.

The 2016 Popular Vote Loser’s comments are disgraceful and beneath the dignity of the office, he holds. 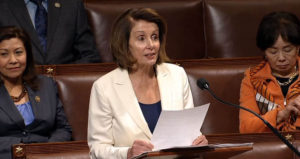 To her credit, Speaker Pelosi, and other Democrats have immediately stood up to the President’s vicious morning tweets by tweeting:

“When @realDonaldTrump tells four American Congresswomen to go back to their countries, he reaffirms his plan to “Make America Great Again” has always been about making America white again.

Our diversity is our strength and our unity is our power.”

Perhaps the latest vile racist act from the KKK endorsed candidate will serve as the catalyst for uniting the Democratic Caucus, its members, and program to move the country forward.