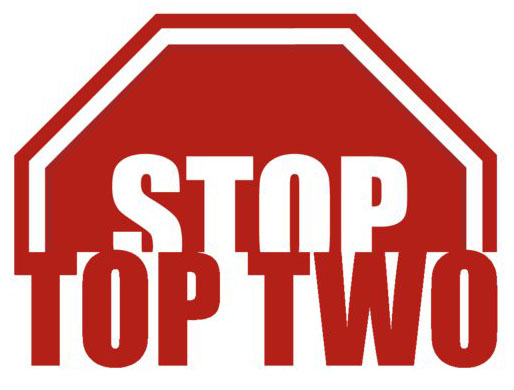 As I drove home Wednesday evening I caught the tail end of a recorded segment on the radio about the Top Two Primary initiative. I heard a man telling KJZZ host Steve Goldstein (I’m paraphrasing) about how Democrats have little power in state government so Hispanic voters would do well to stop aligning themselves with them. I rolled my eyes and continued on but I saw this summary of the interview when I got home:

Arizona’s Latino community is gravitating away from either major political party.

Those were the findings of a recent survey by an organization hoping to reform elections in the state.

About 40 percent of Latinos in Arizona are Independent, a trend that becomes even more pronounced among millennials. According to the survey, more than 75 percent of respondents said Latinos should register as Independent and eschew the established parties. This is good news for supporters of a ballot initiative that would allow independents to run in the primary.

Danny Ortega is a co-chair of the Open and Honest Elections Coalition.

He said Latinos, who were once loyal to democrats, are increasingly disillusioned with the party’s inability to make meaningful progress on immigration, education and other issues.

Pay careful attention to all the wording there: Arizona Latinos, they say, are increasingly becoming “independent” voters and the majority of Latinos told a pollster (and I’d be really interested in seeing how the question was phrased) that not registering for either party was in their best interest. This is because Democrats suck! Republicans are somehow held harmless in all this, despite them being the ones responsible for SB1070, Sheriff Arpaio’s reign of terror, and an endless, nationwide stream of anti-immigrant and anti-Hispanic vitriol. Amazing. That’s even worse than the “both sides are to blame!” false equivalence. Ortega is literally blaming Democrats for what Republicans did.

Ortega points out, correctly, that Republicans control the state government. Yet he does not propose that “independent” Hispanic voters could elect Independent candidates, nor does he explain in any way how rejecting Democrats will increase their power in Arizona. The only possible conclusion to draw from his statement is that Ortega thinks Hispanic voters, “independent” or not, should throw their support to Republican candidates, who will presumably be the “moderate” kind who support “meaningful progress” on immigration, education, etc. Unlike those worthless Democrats!

This is interesting because I’ve been told for years by supporters of this Top Two thing that the goal was to elect “moderate” Republicans in heavily white districts, such as Scottsdale, where no Democrat has a chance. But now it appears that even in heavily Hispanic districts that traditionally elect Democrats, the Democrats are targeted for elimination by it. Which makes sense considering Chuck Coughlin, who helped orchestrate the passage of SB1070 in 2010 to ensure GOP election victories, is heading up the initiative effort with Paul Johnson and considering who else is taking an interest in this initiative.