Trust but Verify: The Democratic Tightrope of 2020

Home/AZ Politics/Trust but Verify: The Democratic Tightrope of 2020
Previous Next

Trust but Verify: The Democratic Tightrope of 2020

If elections are races, 2020 is a triathlon. The first, grueling leg feels like a marathon itself: win the vote. For most races, the popular vote is enough. For the presidential race, of course, the excruciating math of the electoral college comes into play.

Winning a majority of votes, or electoral college votes, in a fair election is hard enough. In an ideal world, votes are counted accurately, and that would be the end of the race. 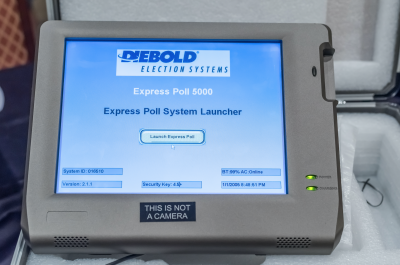 Above: a hacked voting machine is on display at the DEF CON 25 Hacking Conference held at Caesar’s Palace July 27 – 30, showing a splash screen after being booted up by a hacker.

In today’s real world, however, the use of vulnerable electronic voting machines, on the one hand, and baseless accusations of “massive mail-in ballot fraud” on the other create obstacles that must be simultaneously overcome by the exhausted campaigns.

Why must candidates do this? Why doesn’t the system fix itself? Candidates have the standing to challenge an election and demand an audit or recount before results are officially certified. And candidates have the ear of the public, so a candidate’s answer to accusations of fraud will be heard over the din.

Evidence is the key term here and is the only way to combine these opposing pressures into a single clear message. We must go the extra mile to gather evidence that demonstrates whether the final vote count is legitimate and to set a precedent for evidence-based challenges.

Ask the Voters, a grassroots project backed by election integrity activists, writers, and software engineers, has a possible solution. Ask the voters — all of the voters — in a targeted, suspect precinct.

The idea is simple, kindergarten-simple — no rocket science required. (Although one of the software engineers backing the project is indeed a former rocket scientist who worked on one of the Mars missions.) If cheating occurs, it is often concentrated. By analyzing the precinct level numbers, it is possible to tell which precincts are most suspect. Then volunteer canvassers can walk and attempt to gather affidavits from every voter in the precinct. If more total affidavits can be gathered swearing to have voted for candidate X, compared to recorded votes for candidate X — show that every American can understand. 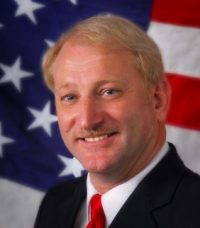 Clint Curtis, a former software-engineer-turned-attorney, did just that following his 2006 congressional run in Florida district 6. He had the confidence that he would find fraud for two reasons:

While the official results in 2006 showed a 16-point loss, yet the polls had shown a dead heat, Curtis asked his volunteers to walk some precincts.

As described at the time to BradBlog, they looked at specific precincts, like Florida District 66, where the official numbers recorded that only 55% of the Democrats who voted, voted for him — the Democratic candidate. That didn’t add up. When the volunteers knocked on doors, they were able to get affidavits from about 80% of the Democrats who voted, swearing that they, in fact, voted for Curtis. And the total number of those affidavits was larger than the total number of votes that had been officially tallied for him in that precinct.

Ask the Voters is calling candidates to take a hard look at the final results compared to polls, not to rush to concede and to prepare their tired volunteers to possibly canvas again after the election. Just 50 volunteers can thoroughly cover a single precinct in about a week.

How does this also time defend the legitimacy of the election?

Simply put, by asking the voters, any kind of fraud can be caught. Every vote must be tied to a real, physical address. So, if a ballot were faked, when a canvasser knocks on the door, that will be made clear. If you knock on a door to verify a recorded vote and the person answers, “What are you talking about? Who is that?” or “Yeah, that’s me, but I didn’t vote, get lost.” – then you’ve caught the fraud. It’s that simple.

No fraud in mail-in ballots

Ask the Voters provides an additional answer to voters who have been fooled by messaging about mail-in ballot fraud. Not only is there no historical evidence of fraud by fake mail-in ballots, but there is also a simple way to catch it if it were to occur. Telling a voter “don’t worry, trust me” is not a good way to reassure them or restore their confidence. Instead, inviting them to participate in a public process of verifying the vote, and explaining a logical way that their concern can be addressed, is more likely to make the voter feel respected and reassured.

These discussions of election fraud also provide an opportunity to discuss the very real evidence of vote manipulation by electronic voting machines.

Jonathon Simon in CODE RED: Computerized Elections and The War on American Democracy, asks – begs – Americans to take a hard look at the evidence that our elections have already been significantly hacked. As Simon points out, this insidious threat is, in some ways, more dangerous than violence. Election theft can allow the culprits to “steal and hold power that could not be gained and held legitimately. Ultimately to reshape American more effectively than could a junto rolling tanks down Pennsylvania Avenue. The junta would, by its very visibility, at least provoke resistance.”

Gathering evidence to challenge suspect results will increase the legitimacy of our elections, by uncovering real fraud while reassuring ourselves of the correctness of legitimate results.

Walking precincts in a pandemic is admittedly hard. Voters may not want to sign affidavits or to come out of their houses. While this method is the strongest legally, another option is in the works from Democracy Counts, an organization whose mission is to empower regular people to hold election systems accountable. Their flagship app, ActualVote, can be used for photographing poll tapes and recording the local precinct totals immediately.

They are also working on WannaVote, an app for allowing voters to anonymously attest how they voted or if they were prevented from voting. Campaigns may choose to use the quicker, lower friction app rather than paper affidavits to gather evidence, but the concept is the same.

It may not be easy

Protecting elections is no easy task. Every stage is worth guarding. SeeSay2020.com allows voters to report any irregularity or barrier to voting, to develop a nationwide map of voter intimidation, misinformation, lack of access to poll tapes, and any other indication of problems.

ProtectOurVotes.com offers another solution for photographing poll tapes to preserve the all-important precinct-level totals needed for verification and make sure the tabulators are not doing funny arithmetic when adding them up or changing the local totals after the fact. Tabulators should separately report the totals from election day, from those ballots counted after — the more subtotals that are reported, the better for verification.

Most voters, and most candidates, don’t have the time or expertise to verify all the details even if they want to. But candidates can holler for help before simply conceding. Democracy Counts offers a 911 page for candidates and has experts who can help figure out what to do if results appear suspect after election night. Volunteers with Scrutineers.org are systematically sending out a caution letter with simple steps for candidates to take before and after the election to safeguard the result.

Keeping our elections safe may not be easy, but it is worth it. “They” will not do it for us, but “We” can.

About the Author: Golda Velez