Starting now, I will be blogging on the LD9 Facebook page – www.facebook.com/LD9Democrats – about news that I get as a delegate to the Democratic National convention — along with my awesome fellow delegates from LD9 Gabriella Cazares-Kelly, Candidate for Pima Recorder and JP Martin. 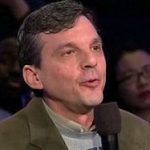 Jeff Jeans, a former conservative Republican who will tell his Affordable Care Act story during the 2020 Democratic National Convention. 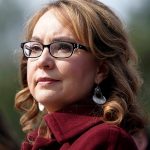 I just learned that 2 people from Arizona will speak at the convention – Jeff Jeans of Sedona, a former conservative Republican, and Tucson’s own Gabby Giffords.

@JoeBiden: There’s no better partner than @KamalaHarris to help me beat Donald Trump, but we can’t do it without your help. Chip in today to help us win in November:

@JoeBiden: The hard truth is Black women still only get paid 62 cents for every dollar white men make. It’s unacceptable. My administration will work to close the pay gap for Black women and create an economy where everyone gets a fair return for their work. #BlackWomensEqualPayDay