Tucson voters in northernmost Ward 3 have clear-cut choices among the three Democratic candidates running for the city council, as they spoke to Democratic precinct captains in the sprawling Ward.

Voters will select one in the primary on August 29. The winner will run against an “independent” in the general election on November 7. Some 88,700 people (36% Hispanic) live in the Ward, which sprawls from River Road on the north, to Swan on the east, to I-29 on the west, and Drachman on the south. Click here to see a map. 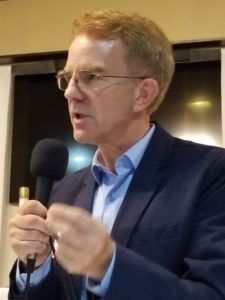 Raised $41,000 in contributions and matching funds. 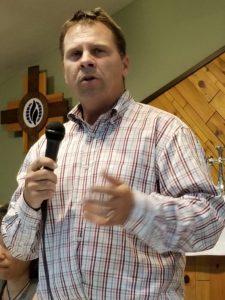 Owns Canyon Fence Co., which employs 26 people who get paid time off.

Raised $22,769 in contributions and matching funds. 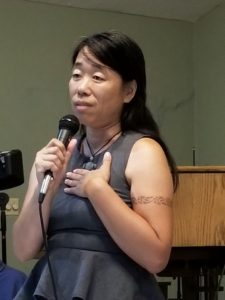 Where they stand on important issues

Durham: opposed. There is too much ambiguity about who gets the money and who benefits.

Chew: in favor. Have teachers, experts, and parents on the commission to implement it.

How to assure clean water for Tucson:

Durham: stop the Rosemont mine and harvest stormwater.

Tronsdal: have Tucson Water Department stay the course. The city has grown by 250,000 people since 1985, but water use is the same.

Oh yeah, the winner will run against “independent” Gary Watson, a registered Republican. He tried to run as a Republican but the party wouldn’t have him.