Former National Security Advisor John Bolton has had a change of heart and suddenly says he is willing to testify in the Senate impeachment trial of President Trump, after stiffing the House Intelligence Committee Ukraine investigation last year. Bolton Is Willing to Testify in Trump Impeachment Trial, Raising Pressure for Witnesses.

This is an evil man with a long, dark history. Congress should be skeptical of his motivations, which are always self-serving and self-aggrandizing.

First is the very bad optics of putting salacious details into a book for his personal profit what he would not share with Congress out of a sense of duty or patriotism, like the other Ukraine witnesses who put their careers on the line to testify. An argument can be made that Bolton should be required to disgorge any profits from his book under these circumstances.

Second, and more importantly, the salacious details Bolton wants to “tell all” about in his book are almost certainly highly classified and he is required to submit the draft of his book to the intelligence agencies for review and a declassification process. The Trump administration has no incentive to be cooperative in this process, and can drag out the declassification process indefinitely, certainly past the election.

So what is an Iran war hawk looking for a payday from a “tell all” book that only has a limited time of value before the election to do?

By testifying before Congress, Bolton can rely on the speech and debate clause for putting classified matters into the public record without facing legal action. It will be a bit of a “spoiler alert” for his book, but it may be his only option to sell his book this year.

But Bolton may have another motivation: his years-long obsession with regime change in Iran. His decision to testify came at the very same time that the Trump administration assassinated Iran’s top military commander, Maj. Gen. Qasem Soleimani. Mere coincidence? I think not.

Martin Longman at the Political Animal blog explains, Inside the Mind of an Iran War Hawk:

It’s interesting to ponder how much power John Bolton holds in his hands. It might not be too much to say that he is the only person in the world who may be able to determine whether or not Donald Trump is convicted in his Senate impeachment trial. In other words, if for some reason Bolton no longer wants Trump to be president, it’s quite possible that Trump will no longer be president.

Now, put yourself in the shoes of a real Iran hawk whose lifelong mission has been to effect regime change in Tehran. Imagine that you’ve helped put the administration on a course that will lead almost inevitably to that outcome, but you were fired before you could see the job through. And, imagine that you know that the job cannot be done correctly with the country this divided and led by a certifiable moron who has squandered every shred of credibility both at home and abroad. 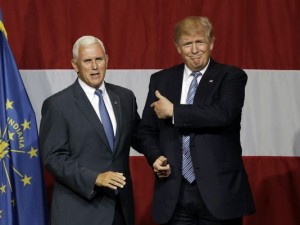 Imagine, too, that the immediate alternative to this moron is Mike Pence, a man who was instrumental in convincing Trump to authorize the assassination that put everything on an irreversible course. Can you trust him to see through the program of regime change? Would he have more credibility than Trump with Americans and our allies and the global audience? Wouldn’t it be far better if he were to oversee the next steps?

Trump, after all, is completely unreliable in most respects. Bolton couldn’t convince him to do basic things, like fund the Ukrainians or maintain support for the Kurds. He’s done so much damage to our alliances in the region that only replacing him can salvage our position there. Finally, many reports suggest that Trump soured on Bolton specifically because he was tired of being pushed to take a harder line on Iran.

So, is it necessarily surprising that Bolton would suddenly volunteer to testify at Trump’s impeachment trial?

When Bolton turned on Fox News on Monday night, he witnessed Sean Hannity demonstrating some inside knowledge about the president’s thinking:

“Sean Hannity opened his Fox show on Monday night, spouting off on Iran in a nearly 10-minute monologue full of bluster. But what was really interesting was the detail Hannity offered about the US’ strategy toward the regime. Hannity, for one, insisted that the US ‘won’t be going with boots on the ground in Iran. That’s not going to happen.’”

“And then Hannity proceeded to list some targets the US might hit if Iran retaliates for the killing of Iranian commander Qasem Soleimani.”

Everything seems to be in place to fulfill Bolton’s dream of a final confrontation with the regime that came to power by kidnapping and holding Americans hostage for 444 days. The only snag in the plan is that the country will never rally around a cause led by Trump.

It seems like the only thing to do now is put Pence in charge and things will be a “go.” 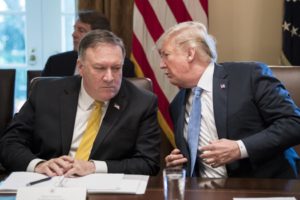 The Washington Post reported that the Soleimani killing was the brainchild of Secretary of State Mike Pompeo and Vice President Mike Pence, two of the biggest cheerleaders for the military operation in the days since Soleimani’s death. The two urged Trump to order a strike on the general for days in the lead-up to the operation as protests raged outside the United States embassy in Baghdad. Pompeo had been particularly relentless, reportedly calling for the Islamic Revolutionary Guard leader’s death since at least last summer. A senior U.S. official told the Post that Pompeo first floated killing Soleimani “months ago,” but at the time “neither the president nor Pentagon officials were willing to countenance such an operation.”

Mike Pence and Mike Pompeo are both evangelical Christians of the end-times apocalyptic Rapture cult variety. Nancy LeTourneau explains Pompeo Aligns U.S. Foreign Policy With Christian Zionists. Both Mike Pence and Mike Pompeo, who have pushed Trump towards aggressive action towards Iran, believe that there is a battle between good and evil that will end with “the Rapture.”

Fundamentalist religious extremists in Iran and the U.S. are the driving force behind this military conflict.