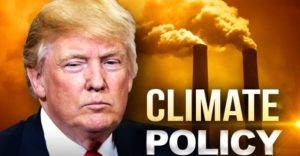 The United Nations scientific panel on climate change issued a terrifying new warning on Monday that continued emissions of greenhouse gases from power plants and vehicles will bring dire and irreversible changes by 2040, years earlier than previously forecast. The cost will be measured in trillions of dollars and in sweeping societal and environmental damage, including mass die-off of coral reefs and animal species, flooded coastlines, intensified droughts, food shortages, mass migrations and deeper poverty.

Who drew it? The president wanted to know.

Ninety-one leading scientists from 40 countries who together examined more than 6,000 scientific studies. Specialists such as Katharine Mach, who studies new approaches to climate assessment at Stanford University; Tor Arve Benjaminsen, a human geographer at the Norwegian University of Life Sciences; and Raman Sukumar, an ecologist at the Indian Institute of Science.

They are among the members of the Intergovernmental Panel on Climate Change, a group of scientists convened by the United Nations to make recommendations to world leaders. Their report, issued Monday, warns of environmental catastrophe as early as 2040 and advises that the worst can be staved off only if civilization is transformed more profoundly than at any point in recorded history.

President Trump, in comments to reporters Tuesday on the South Lawn, seemed unaware of the IPCC, as the body is known, and expressed doubts about its determinations. The remarks put him at odds with most world leaders, as well as with scientific fact — a familiar position for the brash former businessman who has long ridiculed climate concerns.

“It was given to me. It was given to me, and I want to look at who drew, you know, which group drew it,” the president said, as Hurricane Michael edged closer to the Florida’s northern Gulf Coast, threatening devastating flooding, which scientists say is exacerbated by rising sea levels.

Trump said some reports were good, while others were not as good.

Trump assured reporters: “But I will be looking at it, absolutely.” Yet he famously doesn’t read much, so the chances that he will look at it, let alone read it, are in question.

He has scorned climate science and promised to yank the United States from the Paris climate agreement, which gave rise to the report issued this week. 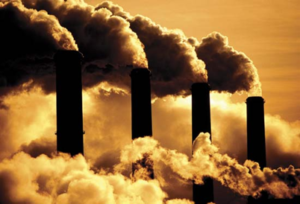 The worst impacts can be avoided only by a “far-reaching and unprecedented” transformation of the global energy system, including virtually eliminating the use of coal as a source of electricity, the panel warned.

Yet President Trump, who has questioned the accepted scientific consensus on climate change, continues to praise “clean beautiful coal” and has directed his Environmental Protection Agency to reverse major strides undertaken by the Obama administration to reduce greenhouse gas emissions from coal-fired power plants. This is unbelievably reckless. In addition to undermining the fight against climate change, the president’s efforts to prop up the dirtiest of all fuels will also exact a significant toll on public health, on the hearts and lungs of ordinary Americans.

This year’s political campaigns in Arizona have been dominated by issues like education, the economy, health care and border security. But candidates haven’t said much about climate change.

Even as rising temperatures are sapping water supplies in the desert Southwest and leading to more dangerous heat waves, the subject of human-caused climate change — and what Arizona could do to combat it and prepare for the effects — has been largely absent from the stump speeches, debates and tweets.

Some political observers say candidates may be reluctant to raise the issue because it turns the focus on long-term threats that may not feel like an immediate concern. Candidates may also feel the subject is too politically divisive, or it is not among the top concerns of the voters they’re targeting.

But polls have shown that climate change is a concern for a majority of Arizonans. In a statewide survey of 800 people last year, 69 percent agreed with the statement that “the state government needs to do more to combat climate change.”

Nearly two-thirds of those surveyed in the poll, conducted for the Nina Mason Pulliam Charitable Trust in conjunction with The Arizona Republic, agreed that climate change is one of the most serious problems facing the world today.

Global warming ought to be front and center for Arizona politicians, said Angelina Luangphon, an Arizona State University student.

“It’s difficult to hold them accountable if they’re not talking about climate change,” she said. “No one is talking about it enough.”

Gov. Doug Ducey acknowledged that the climate is changing and said: “There’s no doubt that we’re part of what goes on in the ecosystem and the environment.”

The Republican incumbent touted his administration’s approach when asked how Arizona should address climate change.

“In Arizona, we’re doing things the right way,” Ducey said in the emailed response. “The combination of our balanced energy portfolio, market forces associated with natural gas and our forward-looking utilities have put us on a path to achieve carbon reduction goals without additional regulations.”

Democratic challenger David Garcia argued that Arizona should be doing much more about climate change, including further promoting solar energy.

“I believe that climate change is a real and urgent threat and that politicians who do nothing about it put us and future generations at risk,” Garcia said in his written response. “Not only does lack of action threaten the future of our state and the planet, it also ignores an opportunity to make Arizona the nation’s leader in solar energy.”

Garcia and Ducey also differed on how the state should manage its diminishing water supplies and on what Arizona should do to reduce the number of heat-related deaths.

Climate change as a state issue

Ducey and Garcia, the candidates for governor, have repeatedly debated how Arizona should be managing water and dealing with the anticipated shortage. Garcia has occasionally mentioned climate change during the race. But as with other candidates, when Garcia and Ducey have publicly debated water policy, they’ve often not touched on the role of climate change.

“It’s harder to hold them accountable if they don’t even have to talk about climate change,” said Sandy Bahr, director of the Sierra Club’s Arizona chapter.

After President Donald Trump announced plans to pull out of the Paris climate accord, the Sierra Club sent a letter to Ducey with about 2,000 signatures, urging him to commit the state to a goal of reducing emissions in line with the agreement. But Ducey wasn’t among the governors and mayors who voiced support for continuing to pursue such goals.

Clashing views in the Senate race

In response to the questions from The Republic, Sinema said she supports “thoughtful and reasonable approaches to reduce climate pollution while ensuring Arizona families and businesses have affordable, reliable energy to power our economy into the future.”

She said she has supported more solar energy development and “common sense policies like the renewable tax credit, energy efficiency incentives, and state-level renewable portfolios that reduce emissions and provide a smooth transition to cleaner sources of energy.”

McSally said the U.S. has made progress in dealing with climate change, but through technological advances, not regulation.

“Crushing regulations, such as the Obama administration’s Clean Power Plan and the Waters of the United States, only serve as federal overreaches that further burden Arizona’s small businesses and farmers and harm those in poverty with increased utility bills,” McSally said in an emailed response.

“I have fought back against these harmful regulations to provide Arizona with needed flexibility and relief from Washington bureaucrats who do not fully understand the environmental and economic realities of our state,” she said.

The Republic’s Linda Valdez writes, Gov. Doug Ducey will do nothing about climate change. Think about that before you vote (excerpt):

Under Republican rule, Arizona became a leader in the head-in-the-hot-sand approach.

GOP former Gov. Jan Brewer abandoned the Climate Change Advisory Group that was set up to look for solutions by her Democratic predecessor, Janet Napolitano.

In March, he signed a bill that undermined a citizens’ clean-energy initiative even before it got to the ballot.

This pre-emptive strike was aimed at Proposition 127, which will go to voters in November and could become part of the solution to curbing greenhouse gas emissions.

Prop. 127 requires regulated electric utilities to get half of their power from renewable sources by 2030. That’s 50 percent from things like wind or solar.

The state’s ruling party decided to turn the mandate into mush even before voters have their say.

The law Ducey signed sets the fine for utility companies that violate the clean-energy requirement at between $100 and $5,000.

It makes you wonder why Republicans keep getting elected.

Answer: Low information voters who vote out of partisan party tribalism. They would vote for a cardboard cartoon cutout if it had an (R) behind its name on the ballot in too many communities in Arizona.

After all, a poll of Arizonans last year found more than two-thirds agreed that “climate change is one of the most serious problems facing the world today,” and 69 percent said state government should do more to curb global warming.

That reflects what Ducey’s Democratic challenger David Garcia is saying about the need to promote solar energy and curb greenhouse emissions.

“… politicians who do nothing about it put us and future generations at risk,” Garcia said in his written response to questions from The Republic.

If Ducey gets re-elected, he isn’t likely to break with the GOP orthodoxy of Donald Trump, who announced last year that the United States would pull out of the Paris climate accord.