7 Unexpected Things I Learned During My First Ramadan Dinner

7 Unexpected Things I Learned During My First Ramadan Dinner

Being a product of Iowa, the corn state, I had never been to a Muslim Iftar dinner — the feast celebrated at the end of the of a month of fasting by Muslims worldwide — including Tucson.

To be sure, I’ve been to many Christmas Eves, Seders, Thanksgiving dinners, Fourth of July picnics and Easter sunrise services. But my first Iftar dinner was last Friday night, June 16 at the Sema Foundation in Tucson, where 150 faithful Turkish Muslims gathered in the community event.

The invitation said, “With love & gratitude, we request the pleasure of your company for our traditional Ramadan dinner. Let’s all celebrate friendship together.” My friends and I were honored to go.

Here are 7 unexpected things I learned during my Ramadan dinner.

1. It is a beautiful family event with mothers, fathers and little ones running around. It reminded me of my own family. The signs in the community hall said, “Welcome. Welcome.”

Unsure of where to sit, I decided not to barge into a table of women or all men talking. We saw three seats at a family table and immediately felt at home. I wore a clean white shirt out of respect and felt embarrassed that I had worn shorts.

How could Trump think to impose a travel ban on these wonderful people? Thank God for the Federal Courts that have stymied his evil plan.

I talked with Oğuz, a soft-spoken, stocky man visiting from Los Angeles. I followed his cues and did not touch the delicious spread of dates, hummus, pita bread, dolmades that were clearly tempting everyone. We all waited until the sun went down at 7:38 pm.

2. The meal begins with a sip of cold water. Oğuz said Iftar literally means “break-fast. Anyone from an Orthodox family (Russian Orthodox in my case) knows that healthy adults fast during spiritually significant times, including abstaining from drinking, eating, immoral acts and anger. Muslims also encourage other acts of worship such as prayer, reading the Quran and charity.

3. Fasting for a month makes people appreciate the richness of their daily lives, by denying themselves sweets, earthly pleasures, and even water. We know how precious water is in Arizona.

What insanity possesses the White House to ban these warm, spiritual, welcoming people?

Meanwhile, plates of delicious salad, potatoes, lamb, and rice were served by young women who had covered their heads. There were two beautiful calls to prayer, sung by men with trained, expressive voices.

4. Rather than build mosques which would upset some Tucsonans, the Muslim community blends in and shares their culture at festivals like Tucson Meet Yourself in October. Who hasn’t ordered a baklava with a strong Turkish coffee?

5. They do not build multi-million-dollar garish, marble clad, Trump Tower-like edifices. Islam is a major worldwide faith, not a cult. There are 1.8 billion Muslims in the world as of 2015 – roughly 24% of the global population – according to a Pew Research Center estimate. 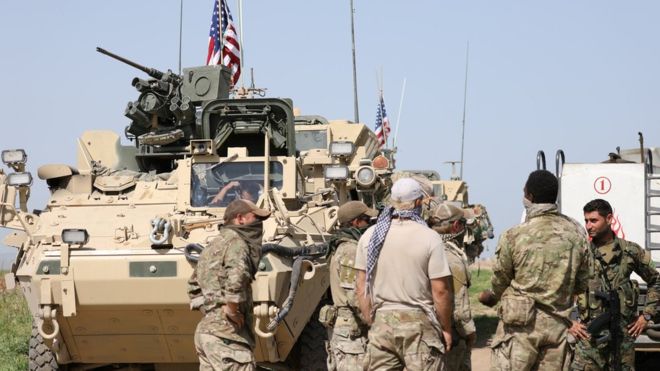 Kurdish fighters confer with members of US Special Forces.

6. Oğuz explained that he is a Turkish Kurd, a people who are the fierce fighters working with American forces to wipe out ISIS terrorists. The Kurds have surrounded Raqqa, Syria, and are within two miles of the ISIS headquarters. Things would be going better but Syria’s dictator Assad is bombing them.

Oğuz’s mother is in Turkey, but he says he cannot visit her. Oğuz is part of a resistance movement against monstrous dictator Erdogan, who put his name on an arrest list. The tyrant has detained 150,000 teachers, journalists, police officers, judges, and civilians.

7. The Turkish people did not bargain for this and most informed Americans do not blame them for the takeover by a murderous dictator. This is just as the rest of the world does not blame the majority of ordinary Americans for the would-be dictator who occupies the White House. They understand.

Oğuz is supporting Democrat Steve Farley for Governor, who on June 5 kicked off his campaign to rebuild education in Arizona. As the elected Precinct Committeeman in #238, I too support Farley. Neither of us had name cards, so we wrote down our contact info on pieces of paper.

On the way out I talked with a man holding a tiny baby. I told him I was a senior citizen and looked forward to talking with my son in Chicago on Father’s Day. He said he was 35, was working hard to support his family and his 5-month old child.

I told the father that his son would carry him in his heart as he made his way through life, just as I hold my own father in my heart. My 33-year-old son is a productive citizen of Chicago, with his own apartment and a beautiful long-time girlfriend. I can’t wait to talk with him.