The Arizona Ground Game (TAGG) is focusing on Legislative District 11 from now through the election because it is a lower-turnout area and all three state legislators consistently act against the issues Democrats support.

Legislative District 11 has been a strong Republican stronghold with some of the most extreme representatives in our Legislature. Most of Pima County is strongly Democratic but this area is the exception. This is where help is most needed right now to flip Arizona.

AZ Project11 involves connecting with thousands of forward-looking LD11 Arizona voters who didn’t vote in 2018, in a targeted, strategic voter outreach effort. Based on TAGG’s work over the last four years in other Legislative Districts (LDs), Project 11 is broad in scope, covering Pima and Pinal counties. TAGG is targeting the most important segment of the voter population. “Good voters will vote. Inspiring low-turnout voters is the key to win decisively,” said TAGG leader Tamar Rala Kreiswirth.

Two Project 11 training sessions are scheduled: Thursdays, Jul 9th & 16th 05:30-6:30 PM (Arizona time). For new volunteers, the training includes a short history of the why and how of the campaign. TAGG will keep the training to 45 minutes allowing for Q&A at the end. 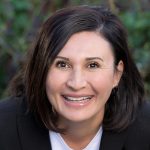 The Republican incumbents in LD11 are three of Arizona’s worst legislators who are running for re-election: Senator Vince Leach, and House members Mark Finchem and Bret Roberts.

Democrats challengers include JoAnna Mendoza and Linda Patterson, both candidates in a primary for State Senate LD 11. Dr. Felipe Perez is a candidate LD 11 House of Representatives. 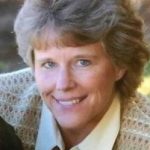 TAGG is also reaching out to 5,000 newly registered Democrats and Independents. The Resources page on the website includes information about why LD11 is so critical this election, understanding the local voters, scripts, and more. 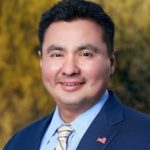 TAGG is also reaching out to 5,000 newly registered Dems and Independents. The Resources page on the website includes information about why LD11 is so critical this election, understanding the local voters, scripts, and more.

TAGG is working to enlist more volunteers so that every Project 11 precinct packet in LD11 has at least one Volunteer.

“The work we do now is critical to electing Mark Kelly, Joe Biden, and new LD11 AZ Legislators that will flip the AZ House and hopefully Senate,” Kreiswirth said.

The web page has very good information for anyone curious about what exactly Project 11 is — visit AZGroundGame.org/Project11.