The momentous decision was read out by Lady Hale, president of the supreme court. Unusually, none of the parties were provided with advance copies of the judgment due to its sensitivity. Only seven of the 11 justices who heard the case were present in court.

The first legal question the judges had to resolve was whether the prime minister’s decision – exploiting residual, royal prerogative powers – was “justiciable” and could consequently be subjected to scrutiny by the courts. The English high court declined to intervene; the Scottish appeal court concluded that judges did have legal authority to act. The supreme court supported the Scottish interpretation.

Delivering judgment, Hale said: “The question arises in circumstances which have never arisen before and are unlikely to arise again.” 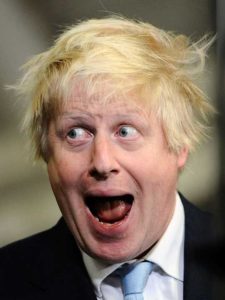 Then, giving the court’s judgment on whether the decision to suspend parliament was legal, Hale said: “This court has … concluded that the prime minister’s advice to Her Majesty [ to suspend parliament] was unlawful, void and of no effect. This means that the order in council to which it led was also unlawful, void and of no effect should be quashed.

“This means that when the royal commissioners walked into the House of Lords [to prorogue parliament] it was as if they walked in with a blank sheet of paper. The prorogation was also void and of no effect. Parliament has not been prorogued.”

Hale continued: “It is for parliament, and in particular the Speaker and the Lord Speaker, to decide what to do next. Unless there is some parliamentary rule of which we are unaware, they can take immediate steps to enable each house to meet as soon as possible. It is not clear to us that any step is needed from the prime minister, but if it is, the court is pleased that his counsel have told the court that he will take all necessary steps to comply with the terms of any declaration made by this court.”

She added: “The court is bound to conclude, therefore, that the decision to advise Her Majesty to prorogue parliament was unlawful because it had the effect of frustrating or preventing the ability of parliament to carry out its constitutional functions without reasonable justification.”

The judgment said: “This was not a normal prorogation in the run-up to a Queen’s speech. It prevented parliament from carrying out its constitutional role for five out of a possible eight weeks between the end of the summer recess and exit day on 31 October.

“Parliament might have decided to go into recess for the party conferences during some of that period but, given the extraordinary situation in which the United Kingdom finds itself, its members might have thought that parliamentary scrutiny of government activity in the run-up to exit day was more important and declined to do so, or at least they might have curtailed the normal conference season recess because of that.

“Even if they had agreed to go into recess for the usual three-week period, they would still have been able to perform their function of holding the government to account. Prorogation means that they cannot do that.”

The court stopped short of declaring that the advice given by Johnson to the Queen was improper. It was a question. they said, they did not need to address since they had already found the effect of the prorogation was itself unlawful.

This is a BFD in Great Britain, one does not lie to the Queen. Is lying to the Queen treason and what did Boris Johnson say to Queen Elizabeth II?:

Under UK law, treason is defined as disloyalty to the state, while the more extreme version of this, disloyalty towards the ruling monarch, is known as high treason.

While lying to the Queen might not fall specifically into the catgeory of treason, it would largely depend whether the act of ‘misleading the Queen’ is regarded as disloyal as to whether treason had been committed under those circumstances. Acts of disloyalty to the Queen can still be punishable with a life sentence in prison, although such acts used to be punishable by death.

Britain’s Treason Act was written in 1351 and is still in force to this day – albeit with amendments which have been made over the centuries – but is not commonly used these days.

Dozens of remain supporters who had been waiting in the rain outside the supreme court since early morning erupted into cheers as news of the ruling filtered through.

The Scottish National party’s Joanna Cherry, a barrister who was among those who challenged the prorogation in Edinburgh, was first out to give her reaction. “There is nothing to stop us, myself and my colleagues, immediately resuming the important job of scrutinising this Tory government, which has us hurtling towards Brexit,” she said. “Boris Johnson must not have guts for once, and resign.”

Gina Miller, who had taken the case to the supreme court, then emerged, flanked by lawyers and others.“Today is not a win for any individual or court,” she said, reading a prepared statement. “It’s a win for parliamentary sovereignty.”

“The prime minister must open the doors of parliament tomorrow,” she added.

There were jeers and booing from a handful of far right activists from the For Britain Party, who chanted “traitor” as the SNP parliamentary leader, Ian Blackford, gave interviews nearby. “We love you Boris, we do,” they sang.

Speculation before the ruling was that the court would find against the prime minister; that they were unanimous came as a surprise.

Neither of the two main lawyers who represented the government, Lord Keen QC and Sir James Eadie QC, were in court to hear the news of their crushing defeat.

James Libson, the solicitor at the law firm Mishcon de Reya, who represented Miller in this case, said:“This second success for our client Gina Miller in the supreme court is a testament to her resolve to take whatever steps are required to ensure executive overreach does not become a feature of our democracy. This case shows that our courts can be relied on to hold the executive to account when necessary and is evidence of the robustness of our system of separations of powers.”

Elaine Motion, the senior solicitor with the Edinburgh law firm Balfour+Manson, who represented Cherry and the 75 other petitioners in the Scottish case, said the ruling upheld the “critical importance” of the sovereignty of parliament.

In a statement, Motion said: “It is a huge vindication for the parliamentarians who led the way with the challenge in Scotland and an even more significant reinforcement of the critical importance of the rule of law and the sovereignty of parliament. Hopefully parliament can now get back to its essential work.”

Labour’s Ian Murray, one of the MPs who brought the case in Scotland, described the result as “historic” and an “astonishing rebuke to Boris Johnson for his disgraceful behaviour.”

The wording of the judgment is unusually clear and forthright. While securing the absolute supremacy of parliament over the government or executive, it marks a significant moment in asserting for the judiciary an enhanced position within the UK’s unwritten constitution. Some will see it as a further advance in the supreme court’s development into a constitutional court.

The judgment declares: “This court is not … precluded by article 9 [of the bill of rights] or by any wider parliamentary privilege from considering the validity of the prorogation itself … That advice [to the Queen] was outside the powers of the prime minister to give it. This means that it was null and of no effect.”

Eirik Bjorge, professor of law at Bristol University, said: “The court has shown that in extreme circumstances it is not afraid of policing the executive even in the middle of what used to be referred to as forbidden territory for judges:high policy and the royal prerogative.”

If only Americans could have confidence that the U.S. Supreme Court would uphold the supremacy of the Article I legislative branch over our wannabe Authoritarian dictator Donald Trump who imagines an imperial presidency under Article II.