Centrism at its absolute worst

Centrism at its absolute worst 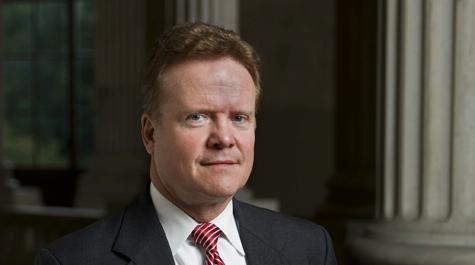 This is an emotional time and we all need to think through these issues with a care that recognizes the need for change but also respects the complicated history of the Civil War. The Confederate Battle Flag has wrongly been used for racist and other purposes in recent decades. It should not be used in any way as a political symbol that divides us.

But we should also remember that honorable Americans fought on both sides in the Civil War, including slave holders in the Union Army from states such as Missouri, Kentucky, Maryland and Delaware, and that many non-slave holders fought for the South. It was in recognition of the character of soldiers on both sides that the federal government authorized the construction of the Confederate Memorial 100 years ago, on the grounds of Arlington National Cemetery.

This is a time for us to come together, and to recognize once more that our complex multicultural society is founded on the principle of mutual respect.

Webb is being skewered, and rightly so, in the comments. One commenter pointed out that honorable people have always fought on both sides of conflicts but it’s the casus belli that matters and, in the case of the Civil War, the Confederacy’s motivation was completely and utterly morally bankrupt. There was nothing to be served by Webb’s statement other than pandering to the worst elements in our society to make himself look “reasonable”. There is no “mutual respect” in a society that tolerates one group of people flagrantly shoving their bigotry in everyone’s face with impunity. Period.

Centrism has its occasional place in our two party political system but not when the subject is a symbol of racist hatred. This isn’t some anodyne issue like marginal tax rates. You have to pick a side on this one. There is no ethically defensible centrist option. (And no, don’t try to pull the “it’s distracting from the REAL issues!” crap on me. I mark you right down as being on the “pro-racist hate flag” side for that.)