Last Friday January 15,  the PCs (Precinct committee people) in LD 9 selected 3 Democrats to send to the Pima County Board of Supervisors, to choose one for appointment to a vacant LD 9 House seat at today’s regular board meeting.  Victoria Steele, twice elected to that position resigned last week to run for CD 1 House, currently held by freshman Republican Congresswoman Martha McSally. (Steele  faces opposition in the Dem primary on August 30 for that seat from Dr. Matt Heinz, who also served in the Arizona State House.)

The 3 people nominated were:

Pamela Powers Hannley, managing editor (now part time) of the American Journal of Medicine, blogger here at Blog for Arizona and her own blogsite Tucson Progressive;

and Ted Prezelski, Council aide to Ward 2 Councilmember Paul Cunningham, founder of blogsite Rum, Romanism & Rebellion (inactive), who also ran for LD 28 House in the Democratic primary of August, 2010.  He is the twin brother of former LD 29 House Rep. Tom Prezelski, who served 2 terms in the Arizona State House. 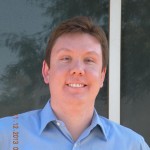 District 5  Richard Elias thanked all 3 candidates for their commitment to the Tucson community, saying it was a difficult choice, then made the motion to appoint Matt Kopec. 2nd by District 2 Supervisor Ramon Valadez.

Vote was 4-1 with Supervisor Ally Miller voting no, to fill the vacant LD 9 House seat.  Kopec will serve through the Nov. 2016 general election. Powers Hannley has already declared she will be running for this seat and said she will run even if not appointed to it.  The other House Rep. in this district is 1 term Democrat Dr. Randy Friese, who is running for re-election.