There are stupid bills dropped every session of the Arizona Legislature, no doubt, but these two really take the cake: Senate Concurrent Resolution 1001 and Senate Bill 1084 may just be the dumbest ideas this session.

SCR1001 is a Senate Concurrent Resolution, pursuant to A.R.S. 26-303(F), declaring that the COVID-19 emergency, declared by Governor Ducey in March, is OVER. 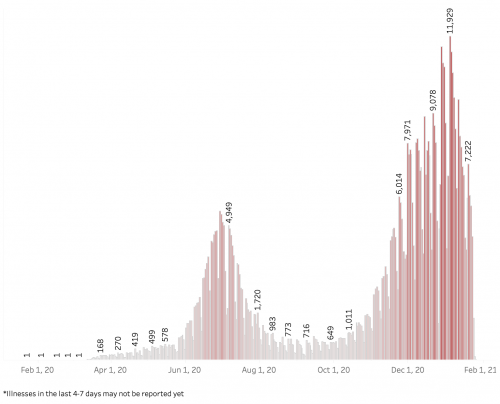 Unless you are living in a cave somewhere, or have your own reality distortion field, you know that Arizona is in the midst of an intense second wave of infections, taking dozens or even hundreds of lives every day. The vast majority of Arizonans have not been vaccinated and likely won’t be for months to come. What sort of lunatic thinks that this emergency is — in any sense — over? 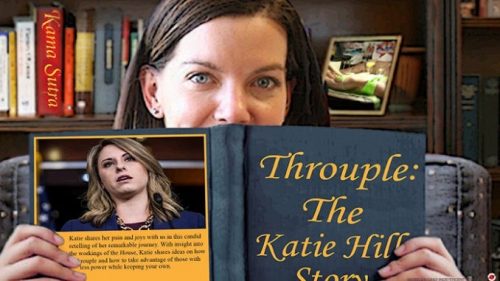 Now, I certainly don’t support Governor Ducey. Governor Ducey has objectively not handled this crisis well. He’s done a terrible and extremely short-sighted job. He has allowed political considerations to hamper the state’s response to the crisis. He has big-footed local jurisdictions, who knew much better than he what their local constituencies needed and wanted. His unwillingness to contradict or offend the virus-denying President Trump has cost Arizonan lives. He has made Arizona one of the worst managed virus responses in the country and a global hot-spot of infection.

But, Governor Ducey IS, at least, politically accountable for the thoroughly shitty job he’s done. In a crisis, it is often best to place accountability squarely on a single leader whom the people can hold clearly and directly accountable for success or failure. A clear unitary authority is, at least, consistent and accountable.

Certainly, the Arizona Legislature has the legal right to step in a declare an end to any emergency, but doing so would deprive the Governor of key powers to coordinate the state’s response to the on-going crisis, and completely muddy political accountability for the decision among 90 fractious legislators. Not to mention just being incredibly ignorant of actual facts on the ground, to the point of utter delusion, in this particular case.

And there is not much that the Governor could do to stop them. A Concurrent Resolution does not need the Governor’s signature. He can’t veto it.

All he could do is declare a new emergency immediately.

Which is where the utter insipidity of SB1084 comes in. It is also sponsored by the odious Senator Ugenti-Rita, but also co-sponsored by a raft of knuckle headed, pandering, mask-refusing, virus-deniers, such as Senator Kelly Townsend. Every co-sponsor should be disciplined by their electorates for this utter insanity.

This bill seeks to foil the Governor’s only rational response to such a pre-mature — and frankly embarrassing (our stupidity would be headline news across the nation the next day…) — termination of the COVID-19 emergency by our legislature: declaring a new emergency immediately. SB1084 precludes the Governor from declaring a new emergency based on the “same or substantially similar facts”.

Not only that, but ANY emergency declared by the Arizona Governor would AUTOMATICALLY terminate in just 21 days, unless the legislature crafts a resolution extending the emergency… EVERY 21 DAYS.

What happens if they are not in session? Nothing. The emergency terminates. And the Governor can’t declare a new one in response to the continuing emergency.

In essence, the Governor would be forced to call an emergency session of the state legislature and keep it in session in order to sustain any state of emergency for more than 21 days.

Which is the entire point. The GOP’s clown car caucus was incredibly butt-hurt that the Governor would not call an emergency session so that they could meddle in his COVID-19 emergency response.

Well, now you can certainly see why Ducey resisted: this unwieldy, absurd, and likely deadly contraption cooked up by wanna-be governors-in-waiting is the result of the wacko-birds in the legislature getting high on their own supply. Maybe we should drug test legislators while they are in session, now that the chronic is legal..?

Fortunately, SB1084 CAN be vetoed, and certainly will be vetoed by any rational Governor. No Governor could want or need 90 backseat drivers, many of them literal morons, every time there is an emergency situation.

Ducey is not irrational: he’ll veto. And likely get ANOTHER censure from Kelli Ward’s Trump Party for just doing his damn job.

Hopefully, there are enough sane Republicans still in the GOP caucus to join together with Democrats to kill this idiocy in committee, and these travesties will never even come to the floor for a vote.

Nevertheless, you should contact your local Reps and Senator and let them know what you think of this cockamamie suicide pact to fatally cripple Arizona’s emergency system and hog-tie the Arizona Governors’ emergency authority.