Dissenters: It is NOT OK for Bigots to Use Religion to Discriminate

Home/Civil & Human Rights, Courts & Law/Dissenters: It is NOT OK for Bigots to Use Religion to Discriminate
Previous Next

Dissenters: It is NOT OK for Bigots to Use Religion to Discriminate

Dissenting Arizona Supreme Court Justices assailed the court’s Sept. 16 ruling that it is OK to use religion to discriminate against people, calling it “deeply troubling,” “pernicious” and “mistaken.”

The 3 dissents came in Brush and Nib Studio v. Phoenix where the court majority drove a hole as big as a truck through the city’s Human Relations Ordinance, which prohibits businesses from discriminating on the race, gender or sexual orientation of their customers.

“Today’s decision is also deeply troubling because its reasoning cannot be limited to discrimination related to same-sex marriage or based on the beliefs of any one religion, but instead extends more broadly to other claims of a “right” by businesses to deny services to disfavored customers.”

“Phoenix’s early history includes shopkeepers placing “No Mexicans Allowed” signs in their shop windows, landowners inserting restrictions against people of Chinese descent in property deeds, widespread refusals to serve black Arizonans in restaurants, and hotel operators refusing to accommodate Jewish guests,” said W. Scott Bales, a former the Chief Justice of the Arizona Supreme Court. “Through years of hard work and perseverance, protections like the Ordinance have been put in place to ensure that we do not repeat the denials of access and opportunity that plagued our state in its infancy.”

Vice Chief Justice Ann A. Scott Timmer wrote, “Thus, as the City predicts, a Phoenix taxi-cab owner with a religious belief that women should only travel with men and who therefore refuses to accept unaccompanied women riders can show a substantial burden under FERA just by demonstrating the sincerity of his beliefs and pointing to the potential penalties for violating the Ordinance. It is not difficult to imagine similarly discriminatory scenarios involving race, color, religion, sex, national origin, marital status, and disability, all of which the Ordinance proscribes.” 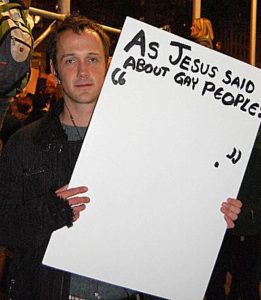 The majority said that the Brush and Nib bigots have the right to refuse gay people under article 2, section 6 of the Arizona Constitution, as well as Arizona’s Free Exercise of Religion Act (“FERA”).

The outrage is that the ruling distorts Christianity’s message of love in favor of a deeply right-wing, perverted message of religious hate.

“Our constitutions and laws do not entitle a business to discriminate among customers based on its owners’ disapproval of certain groups, even if that disapproval is based on sincerely held religious beliefs. In holding otherwise, the majority implausibly characterizes a commercially prepared wedding invitation as “pure speech” on the part of the business selling the product and discounts the compelling public interest in preventing discrimination against disfavored customers by businesses and other public accommodations,” Bales wrote.

“Nothing in the text of our constitution or its history suggests that it should be read to give greater protection for discriminatory conduct by businesses or other public accommodations than does the Federal Constitution,” the dissenters said.

“The majority’s analysis turns on labeling the conduct at issue “pure speech,” but this legal formalism harbors two pernicious ideas: one is that a vendor’s refusal to sell to certain customers is itself protected expression, the other is that the public interest in preventing discrimination does not suffice to require a vendor to serve all equally if the items sold involve expression by the vendor. One would think—indeed fervently hope—that we are long past the notion that businesses operating as public accommodations have a “right” to tell certain customers that they do not serve their kind.”

The majority relied on the notorious 2014 Hobby Lobby case, where the US Supreme Court said that a corporation’s religious beliefs allowed it to ban contraception coverage in its health insurance plan.

“The majority mistakenly relies on Hobby Lobby, 573 U.S. 682 (2014), and Gonzales v. O Centro Espirita Beneficente Uniao do Vegetal, 546 U.S. 418 (2006). Neither of those cases involved a … claim for an exemption from a public accommodations law, much less questioned the compelling interest in preventing discrimination by businesses.”

“Today’s holding threatens a more general harm. It could portend a marketplace in which vendors—regardless of their religious beliefs—who make items with expressive content can openly proclaim their refusal to sell to customers whom they disfavor.”

Republican attorney Kory Langhofer summed it up by saying, “The majority opinion seems to have been written with the knowledge that it will be read and cited by other state supreme courts and the U.S. Supreme Court.” 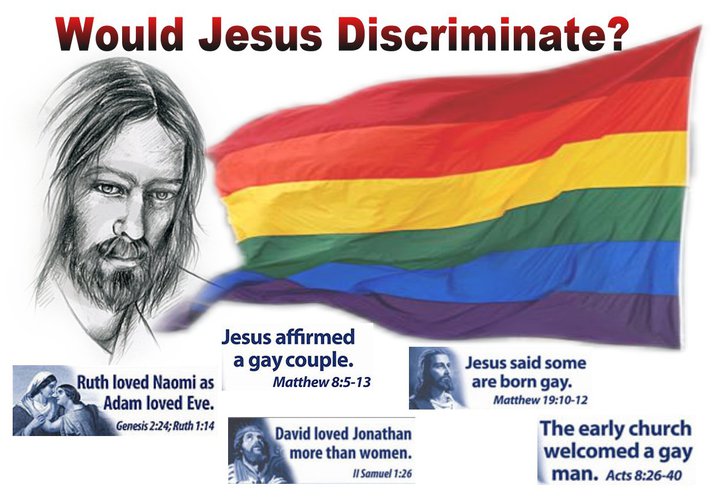