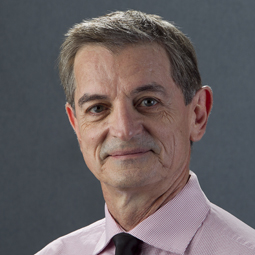 Arizona Republic columnist EJ Montini finds the way that some people engage in the ongoing debate over the fair use of the female breeding chattel to be unseemly.

No placards? No shouting? No exchange of insults and accusations?

Actually, no. Just people with different opinion having their say and responding to others in a way that suggests that they actually listened to the other side.

It began when a long-time anti-abortion advocate I hear from now and then wrote to me with this question:

“Was throwing away a baby worse than abortion?”

She was talking about the case of Samantha Perez, who was 16 years old when she gave birth to a baby girl in her family’s bathroom then dropped the newborn out a window into an outdoor storage room, where the injured infant was found by sheriff’s deputies. (The child is fine now, according to authorities.) Perez had hidden her pregnancy from her parents.

This week she was sentenced to five years in prison and lifetime probation.

“Do you agree with her getting prison time?” the woman asked me.

“And yet if she’d had an abortion nothing would have happened to her, how is that right?”

EJ appears to be unaware of how vigorously some public anti-abortion advocates deny that they intend to prosecute and jail women for abortion. They claim this is lie concocted by “pro-aborts” to defame their movement. However, rank-and-file antis who are not carefully trained to sidestep the prospect of prosecuting women will often let loose with that very desire, as EJ’s interlocutor did here. I’m honestly glad when they come right out with the straightforward argument that women who abort should be charged with murder. It’s refreshing, for one thing, and it also dispenses with the distracting, disingenuous nonsense about “protecting women”, laying bare the true agenda of the anti-choice movement.

Sadly, EJ Montini did not seize the opportunity to call attention to the horrors that await women under criminal abortion bans and the viciousness of the people pushing said bans. No, he instead chose to focus on the importance of maintaining decorum when discussing whether or not the female breeding chattel should face incarceration.

There is a sameness about the exchanges I have with this woman.

I argued that there is a difference between the attempted murder of a baby and the termination of a pregnancy. The woman does not accept that there is. I wrote about our exchange, and readers joined in.

And they were respectful of one another.

These days, showing respect for someone with whom you disagree is news. Or should be.

Montini goes on to cite examples of this respectful dialog on both sides. They include this one:

“If you knowingly take another’s life, then the matter in which you take it becomes irrelevant.”

That is a courteous way of stating that women who abort pregnancies should be treated as first degree murderers, I suppose. A medical student weighed in with a “scientific” argument. Here is his full comment, from Montini’s August 20th post about the 16 year old who hid her pregnancy and discarded the baby:

As science advances, and our understanding of genetics and the human body improves, we as Americans are being forced to reconsider preconceived notions about gender identity, homosexuality, and tansgender individuals. It is time we begin to apply the same scientific understanding to determine issues surrounding abortion, and the science is clear: a “fetus” as we call them has a heart beat at 6-8 weeks post-conception, and can feel pain and touch anywhere from 8-20 weeks post-conception. This understanding should be haunting our conscience as a society. Mr. Montini, as science is forcing conservatives and America as a whole to reconsider gender issues, so too should it begin to guide our decisions on abortion. Science has shown us that some individuals are born with same-gender attraction. As a medical student, I ask you to consider the science behind abortion. Why do we fight so hard to keep some “fetuses” alive when they are born prematurely as early as 18 weeks post-conception, while senselessly murdering others? As a society, we should be asking ourselves your neighbors poignant question [sic].

I guess Montini was so impressed by the medical student invoking science and LGBT rights that he missed the part where the guy basically accused women and their doctors of being senseless murderers. That seems like the kind of provocative language that should trouble EJ Montini yet, somehow, it doesn’t. EJ worries that people on either side of the abortion divide aren’t listening to each other but I can promise him, as one of those truculent and unruly pro-choicers, that I am most certainly listening to the other side. I pay careful attention to both the “polite” ones asking “poignant questions” and those who don’t bother with such niceties. I pay way more attention to the anti-abortion movement than EJ Montini ever will and I’m not at all interested in a civil debate with them over how much pain, misery, and death should be dealt to women over other people’s arbitrary judgments of their private lives.

So sorry if that’s impolite of me, EJ.