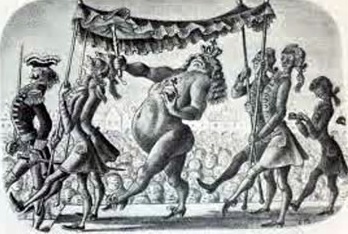 I stayed up past 3am to watch the AZ House vote on final bills before Sine Die last Friday morning. The very last bill the Committee of the Whole was debating when it was announced that the Senate would be skedaddling, thus, not hearing any more bills was SB1339, which would have forbade so-called “ballot harvesting”. It was directed at Democratic volunteers, under spurious allegations that they are stealing thousands of ballots or forging them, or something. Democratic Reps were understandably impatient with this slander and took to the floor to say so.

Rep. Rebecca Rios (D-South Phoenix) had sharp words for her colleagues. “Politeness be damned!” was her retort to the notion that the Republicans’ motives (suppressing Democratic votes) should not be scrutinized. Naturally this led to her being admonished for “impugning the motives” of her colleagues. It was yet more of the kind of tedious civility politics that enables the powerful majority in Arizona to silence critics and demand that their obvious bullshit not be publicly exposed for what it is. You are just supposed to accept the following (ludicrous) claim at face value: That volunteers collecting ballots in Democratic-heavy precincts are probably committing fraud and that Republican lawmakers are not cynically advancing this evidence-free assertion so as to pass a law aimed at suppressing Democratic votes.

Then, on Friday afternoon following Sine Die, at an education forum in Northern Arizona, Reps Sylvia Allen (R-Snowflake) and Bob Thorpe (R-Flagstaff) addressed an unfriendly crowd about education cuts. Once again, conservatives were miffed at not being shown deference (by people who are not required to follow legislative protocol) and their stated intentions not being treated as if they were magic:

So when an FUSD parent walked up to the microphone, decried how college tuition rates in Arizona have increased 80 percent in the past five years, and criticized Thorpe and Allen for providing tax cuts to corporations, Allen snapped.

The crowd gasped but Allen was not finished.

Allen also took a few jabs at NAU and the Arizona Board of Regents by telling students they should ask NAU administrators where they are spending money. At one point, she implied NAU spends its funds on cars and credit cards.

I’m fairly certain most people who were in that room have at least a glancing familiarity with tax-averse right wing economic dogma. They were rejecting it, and this was considered impolite to Rep. Allen. Meanwhile she expected her own insinuations about the motives of people who want more funding for schools (socialist! wanting to take “other people’s”* money!) and of the ethics administrators of colleges (bad!) to be found acceptable and inoffensive.

In other words, pure privilege on display.

In other words, they demand the constant pretense on your part that their Emperors are fully clothed.

*The unending attacks on school funding strike me as very similar to right wing objections to any coverage (public or private insurance) of reproductive health care. Once again, there is the insistence that “taxpayers” shouldn’t have to pay for a certain thing, in this case public education. The obvious implication is that students in the public education system are not in the care of people who also pay taxes. And since women are seen as the universal caretakers of children, this is no surprise. It looks like conservatives are framing public education funding as (non-working bon bon eating) women grasping for public dollars. They must think the single moms doing all those menial jobs they take for granted are a mirage.