The Islamic State of Iraq and Syria (ISIS), a militant Sunni group in control of the territory along the border of Syria and Iraq has launched an offensive that

captured Mosul, Iraq’s second largest city, and Tikrit. ISIS is also moving against the refinery town of Baiji and closing in on Bagdad. If ISIS captures Baiji, it will affect country’s gasoline supplies because the town is home to Iraq’s largest refinery.

In the past, Iraq was a staging area for al-Qaida operations in Syria. ISIS and its forerunners have been active in the fighting in Syria and have now turned Syria into a staging area for operations in Iraq. ISIS is using eastern Syria to rest and refit its units before sending them into Iraq to fight. The flow of refugees fleeing the outbreak of fighting in Iraq has begun, perhaps as many as a half million. Iraqi Kurdistan forces have moved to secure the city of Kirkuk. It is expected that these Kurdish Peshmerga fighters will not back down from a confrontation with ISIS forces. They have a long history of opposing al-Qaida and its related fighters.

The U.S. trained and supported forces of the Iraqi central government appear to be unwilling to resist and are withdrawing in disorganized fashion. Despite the billions the U.S. has spent on training and support, the morale and ability of the Iraqi government forces is faltering and inadequate. The Iraqi army has a less than good relationship with local populations and police forces. The Sahwa fighters, Sunni tribal fighters trained by the Americans, were able to contain ISIS related forces several years ago. Due to political bungling by the central government, its relations with Sahwa have deteriorated to the point that the Sunnis are no longer inclined to fight for the central government. 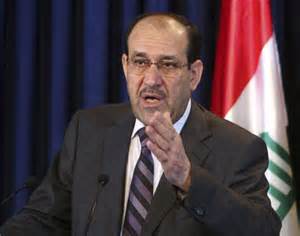 the tense areas bordering the Sunni and Shia communities. Maliki has done a great deal to help create the current problem. Since the U.S. departure, he has tighten his grip on power while estranging Sunni and Kurdish minorities. His advertised image as a strong Shiite leader able to keep things under control is now crumbling.

The parliamentary elections held on April 30 were the first stage in the lengthy Iraqi political process of forming a new government. The ISIS offensive hit at a time when the argumentative work of forming a new cabinet had just gotten underway. The Sunni, Kurdish and Shia political blocs will now have to attempt to form a government in a worsening military environment. Prime Minister Maliki has run a dysfunctional government that has been unwilling to place the nation’s interest above sectarian and tribal ones. If he remains unwilling to change his clearly failed policies, the current crisis may be the prod needed to force the squabbling political factions into agreeing to replace him as prime minister.

As the nation of Iraq splinters into Shia, Sunni and Kurdish sections, the U.S may be trying to identify friendly forces in Iraq and Syria that are capable of preventing ISIS from gaining more territory. If the goal is to keep Iraq in one 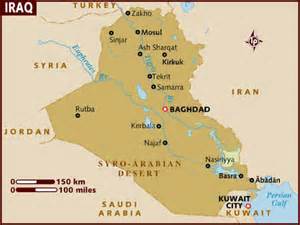 piece, supporting those friendly forces with cash, arms and supplies will quickly become a necessity. Unfortunately, restoring stability in Iraq will not be a quick or easy task even if there is an agreement between Iraq’s contrary political factions. In the malicious world of international affairs, the folly of one administration gets straightforwardly passed on to the next one. Like it or not, the Obama administration is stuck with dealing with the enduring problem of Iraq.