One miscalculation or mistake away from war

One miscalculation or mistake away from war

Wars often begin with a miscalculation or mistake after prolonged periods of posturing and saber rattling. We will be told that we have to save face or appear weak, especially by people like Sen. John McCain. So we will stumble into war.

Two events in recent days — the shooting down by a US F-18 of a Syrian Su-22 and the use of ballistic missiles by Iran against ISIS targets — are evidence of a scramble in eastern Syria that’s been gathering pace since the beginning of the year.

It’s the first time the United States has shot down a Syrian military aircraft, and at least the fifth occasion it has targeted regime and pro-regime forces since the Trump administration took office.

On Tuesday, a US fighter jet shot down a pro-Syrian regime drone in the country’s southeast, US officials told CNN. 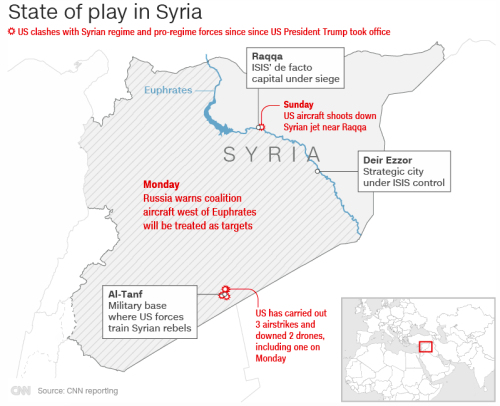 A lot of forces with competing aims are at close quarters in eastern Syria. The United States is aggressively backing a Syrian rebel alliance — the Syrian Democratic Forces (SDF) — as they fight their way into Raqqa, ISIS’ administrative capital for the past three years. Hundreds of US military advisors are close to the front-lines, supported by intense coalition airstrikes.

The Syrian army and its allies (largely Iranian, Iraqi and Lebanese Shia militia), however, are also closing in on Raqqa. Last week the Syrian military reached areas controlled by the SDF. It was almost inevitable that at some point these opposing alliances would butt heads. So when the Syrian air force bombed SDF positions Sunday, the US came to the aid of its partners on the ground — and the Syrians have one fewer Su-22.

The Pentagon said the action was “in accordance with rules of engagement and in collective self-defense of coalition partnered forces,” but that was not the view in Moscow.

Russia announced Monday that for the second time this year it was suspending its military cooperation agreement with the United States in Syria — an agreement designed to prevent unintended accidents in the skies over this crowded neighborhood. But it went a step further, warning that anything in the air west of the Euphrates River — including coalition aircraft — would be considered a target.

On Tuesday, Australia — a US coalition partner — announced that it was suspending all air operations over Syria.

The Russian Defense Ministry had already complained that the US and its supporters were allowing ISIS fighters to escape from Raqqa; Russian airpower and cruise missiles have been very active in the past month going after ISIS convoys and encampments in the desert south of Raqqa.

Russian Deputy Foreign Minister, Sergey Ryabkov, described Sunday’s shoot-down as an act of aggression by the US and “an act of assistance to those terrorists whom the United States is ostensibly fighting against.”

Showdown in the Euphrates Valley

Further east, the Syrian regime wants to regain the city of Deir Ezzor, most of which is still under ISIS control. Strategically located on the road to Iraq, and with a large airbase, Deir Ezzor and the towns around it seem likely to be ISIS’ Alamo.

The Iranian missile attacks on ISIS positions around Deir Ezzor Sunday were in retaliation for the terror attacks in Tehran earlier this month, but they also serve a larger purpose. Iran’s ultimate aim is to create a land corridor through Iraq and into Syria and Lebanon — projecting its influence towards the Mediterranean.

Its allies in Iraq, the Shia militia known as Popular Mobilization Units, have already parked themselves on the Syrian border, clearing ISIS out of towns like Ba’aj in the process.

And so the battle is moving inexorably towards a band of territory where the main highways linking Iraq and Syria are located. According to an assessment by the US Defense Intelligence Agency in May, ISIS is “moving key leaders and functions out of Mosul and Raqqa, relocating them to safe havens along the Euphrates River in Syria and Iraq.” Safe havens like the town of Mayadin that are already becoming distinctly unsafe for ISIS’ beleaguered remnants.

The US has established two small bases along the Iraq-Syria border in an effort to stop the Syrian regime and Iranian-backed militia from controlling the area. But those bases are isolated — and last week the Syrian regime trumpeted the arrival of its troops on the border for the first time in three years. Someone else also turned up — the commander of the Iranian Quds Force, Major General Qassem Suleimani.

There is still fighting elsewhere in Syria, notably in the south around Daraa. But many rebel factions have sued for peace or been shunted into Idlib in north-western Syria.

For now at least the main contest lines up the regime of Bashar al Assad with its allies in Moscow and Tehran against the United States and the few remaining non-jihadist groups still on the Syrian battlefield.

More is at stake than the liquidation of ISIS.

Today a Russian fighter jet flies within five feet from US spy plane:

A Russian Su-27 fighter jet flew within five feet of a US Air Force RC-135 reconnaissance aircraft on Monday over the Baltic Sea, according to a US official, an encounter that was assessed to be “unsafe.”

The Russian plane was armed and flew “erratically,” the official added, noting that the maneuvers were deemed unsafe due in part to the proximity of the aircraft.

Meghan Henderson, a spokesperson for European Command (EUCOM), confirmed to CNN that an intercept took place while the US aircraft was “flying in international airspace over the Baltic Sea.”

This latest intercept occurred amid the rising tensions between the two nations in Europe and the Middle East.

And then there is North Korea.

President Trump is being pressured by war hawks that he has to take action against North Korea after the death of an American citizen who was held in captivity and recently returned to the U.S. in a coma. John McCain: North Korea killed Otto Warmbier:

Sen. John McCain slammed North Korea for its role in the death of Otto Warmbier, saying the “US cannot and should not tolerate the murder of its citizens by hostile powers.” 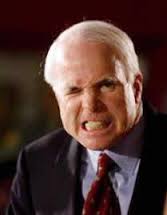 “Let us state the facts plainly: Otto Warmbier, an American citizen, was murdered by the Kim Jong-un regime,” the Arizona Republican said in a statement released late Monday. “In the final year of his life, he lived the nightmare in which the North Korean people have been trapped for 70 years: forced labor, mass starvation, systematic cruelty, torture, and murder.”

McCain said the regime is a threat to the region and to the United States.

The country is “destabilizing the Asia-Pacific region, and rapidly developing the technology to strike the American homeland with nuclear weapons,” McCain said in the statement. “Now it has escalated to brutalizing Americans, including three other citizens currently imprisoned in North Korea. The United States of America cannot and should not tolerate the murder of its citizens by hostile powers.” 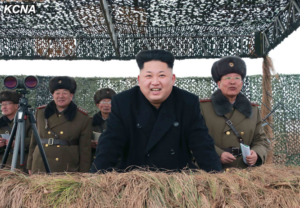 The officials said it is not yet clear if the activity indicates a sixth nuclear test is imminent, but noted there is concern that North Korea could set off a test during Wednesday’s visit to Washington by top Chinese diplomats and military officials.

U.S. officials have known that the site is ready to conduct an underground test for some time.

Two senior US officials with direct knowledge also told CNN that military options for North Korea have recently been updated, and will be presented to President Donald Trump for a decision to act if there is a nuclear test.

President Trump took to Twitter on Tuesday to offer a grim assessment of China’s role in restraining North Korea: “While I greatly appreciate the efforts of President Xi & China to help with North Korea, it has not worked out. At least I know China tried!”

Multiple US officials told CNN they are checking on what the President meant in his latest tweet about how China’s efforts in North Korea have “not worked out.”
One Trump administration official said bluntly they didn’t know what the President was referencing when asked what the tweet meant. Another said there was no meeting earlier Tuesday that they believe could have spurred Trump’s comment, and pushed back on the idea that the tweet could be a hint of some forthcoming diplomatic or military action.

On Jan. 1, North Korea’s 33-year-old leader, Kim Jong Un, said that his regime was at “the final stage in preparations to test-launch” an intercontinental ballistic missile, perhaps one capable of reaching the United States’ West Coast.

On Jan. 2, Donald Trump tweeted: “It won’t happen!” He thereby drew a red line comparable to his predecessor’s concerning Syrian chemical weapons. So Trump, who excoriated Barack Obama for ignoring that red line, must, Rand’s Bruce W. Bennett believes, be prepared to threaten actions that would prevent North Korea from learning from its test, actions such as shooting down the missile.

We are one miscalculation or mistake, one shot down plane over Syria, one nuclear test or ballistic missile launch in North Korea, from stumbling into a major conflict. And we are saddled with an erratic and impulsive man-child for president. Tbis is a dangerous confluence of circumstances.