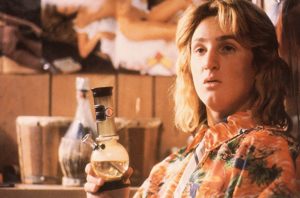 Not to harsh your mellow Dude, but an appeal is certain to follow.

The measure, known as Proposition 205, asks Arizona voters to legalize cannabis for recreational use and establish licensed outlets where sales of the drug would be taxed, similar to the system established in Colorado. Marijuana remains illegal under federal law, but the Regulation and Taxation of Marijuana Act would allow adults 21 and older in Arizona to possess up to 1 ounce of marijuana and grow up to six plants in their homes.

Foes argued in court last week that supporters of legalization are deceiving voters with their pitch of the measure. An attorney argued a 100-word summary of the initiative failed to adequately summarize the measure’s impact on laws affecting motorists, child custody, workplaces and licensing of certain professions.

In her decision, Gentry disagreed, writing:

“Plaintiffs demonstrated no ability to prepare a summary that would comply with the 100-word limit and with their objections. Plaintiffs, nonetheless, persist in asserting that omitting these provisions from the summary along with what they consider misstatements about the provisions that were included makes the summary fraudulent. Plaintiffs’ position is in essence that the summary should have more fully described what the initiative will do but do not explain how they could do it better. Instead, Plaintiffs simply argue that such a summary creates a risk of confusion and unfairness and threatens the integrity of the initiative process.”

Gentry wrote that the initiative’s required 100-word summary for voters “substantially complies with the law,” and would even with a stricter application of the compliance requirement.

She also rejected their argument because of the Legislature’s recent changes to the election code affecting citizens’ ability to sue to keep such measure off the ballot. “Whether wittingly or not, the legislature eliminated a means by which initiative petitions can be challenged,” the judge wrote.

This is the part of the ruling that is certain to draw an appeal because it potentially could affect the status of other initiative challenges. Howard Fischer has more on this part of the court’s ruling. Judge throws out challenge to legal marijuana initiative:

In a ruling Friday, Maricopa County Superior Court Judge Jo Lynn Gentry said when state lawmakers altered the election code last year they eliminated — perhaps inadvertently — the ability of individual citizens to sue to keep initiative measures off the ballot. And she said lawmakers failed to restore that right anywhere else.

“Thus, whether wittingly or not, the legislatures eliminated a means by which initiative petitions can be challenged,” Gentry wrote.

The judge also rejected a legal end-run attempted by Brett Johnson, the attorney for foes of legalization, who told Gentry she should use the court’s more general powers over actions of public officials to keep Secretary of State Michele Reagan from putting the measure to voters.

“Where the legislature has specifically acted to divest the court of jurisdiction, it would be imprudent to ignore the standing issue,” Gentry wrote.

Gentry, however, is prepared if the Arizona Supreme Court overturns her conclusion that the challengers have no legal right [standing] to sue: She also ruled that even if they had legal standing to contest the validity of the measure, they never provided the legally required proof that the initiative is too legally flawed to present to voters.

Gentry also rebuffed the challengers’ arguments that the initiative failed to provide its own immediate self-funding. Prop. 205 proposes to use money from the state’s 2010 voter-approved medical-marijuana program initially.

Gentry’s ruling suggests there could be legal problems for proponents even if the measure goes on the ballot and is approved.

One of the claims by challengers is that the measure does not comply with a constitutional provision which requires all initiatives that have a cost to identify a new revenue source to pay for it. The plan for this measure is to take start-up cash from an existing fund at the Department of Health Services to administer the medical marijuana law.

But Gentry said there is nothing in Arizona law that allows that issue to be raised before a measure goes on the ballot. She said challengers have to wait until it is approved to make that argument.

Friday’s ruling is not the last word.

“Despite today’s ruling we still believe this initiative perpetrates a fraud on the electorate,” said Seth Leibsohn who chairs Arizonans for Responsible Drug Policy, the group that is trying to keep the measure from getting to voters. “We will be seeking an appeal on the ruling.”

Even if voters approve Prop. 205, it will not be the last word. Legal challenges are certain to continue.