I see that a number of you are posting on Facebook about the Tea-Publican rancher running for Congress in CD 1, Gary Kiehne, who had this to say to the Pinal County Republican Committee. AZ congressional candidate says mass shooters are Democrats (with audio): 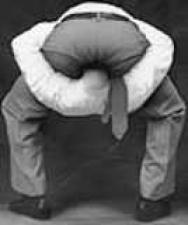 When it comes to mass shootings, “if you look at all the fiascos that have occurred, 99 percent of them have been by Democrats pulling their guns out and shooting people,” Kiehne said to an audience of about 60 people. “So I don’t think you have a problem with the Republicans.”

The Arizona Daily Star reporting, of course, does not disclose whether Mr. Kiehne’s debate opponent, fellow Tea-Publican Adam Kwasman, or any member of the Tea-Publican audience asked Mr. Kiehne to substantiate his wild-eyed claim with reference to his sources. (It should be noted that Andy Tobin was not present.)

I suspect that no one in the room even questioned his statement, because they are all victims of the epistemic closure of the conservative media entertainment complex closed information feedback loop. They all listen to the same hate radio programs, their tee-vee machines are all tuned to FAUX News, and they share with each other the viral e-mails generated by right-wing web sites. They were already familiar with this claim and accepted it as “fact.”

Mr. Kiehne got his “facts” from a right-wing viral email that lists the shooters in the killings at Fort Hood, Columbine High School, Virginia Tech, Aurora, Colo. and Newtown, Conn., as being registered Democrats. “Instead of registering and banning firearms,” the email says,”possibly we should register and ban progressive liberal Democrats.” Fact Check: Email was wrong about recent mass killers being liberals:

The information in the email seems to have originated with Roger Hedgecock, a former mayor of San Diego and now a lobbyist, lecturer and conservative radio talk show host. In his radio broadcast, Hedgecock did not provide any evidence in any of the cases, making assumptions in some and inaccuracies in others.

The email assigns a Democrat tag to Adam Lanza, the Newtown, Conn., shooter, because, it says, Connecticut has almost twice as many registered Democrats as Republicans. That is true (815,713 to 449,648, according to the latest state records) and it is also true that President Barack Obama carried Connecticut in the past two presidential elections.

But to assume that Lanza was a Democrat because of that makes an awfully large reach. Incidentally, as of the last election, there were 5,364 people registered as Republicans in Newtown, and 4,505 registered as Democrats. And Newtown went for Mitt Romney 51.7 percent to 47 percent, according to official election results.

There is no proof of Fort Hood suspect Nidal Hasan’s political affiliation. He registered to vote in Roanoke County, Va., where he lived before being sent to Fort Hood, according to a Nov. 9, 2009, story in the Roanoke Times. Virginia does not allow registration by party, so he wouldn’t have been registered as a Democrat.

Hasan could have registered in Texas when sent to Fort Hood, but Texas also does not register by party. If he voted in the Democratic primary in Texas, that would be his affiliation until a general election, in which he could have voted for whomever he wished, according to Texas voting law.

But Hasan’s voting habits have remained undisclosed; there’s absolutely no evidence that he is a registered Democrat.

Since Virginia does not have partisan registration, it would have been impossible for Virginia Tech shooter Seung-Hui Cho to register as a Democrat there. Cho and his family were permanent residents of the U.S. as South Korean nationals, according to a Washington Post article that quoted the Department of Homeland Security.

Hedgecock’s allegation that Colorado theater shooting suspect James Holmes was a registered Democrat was based on Breitbart.com blogger Joel B. Pollack, who said he found Holmes’ voter registration records. But it was later determined that those records — though of a Holmes of a similar age — were not those of the suspect.

Breitbart later retracted the claim, saying: “Newly released information on the suspect’s birthdate (which, as indicated in our initial report, was a slight mismatch), combined with new details Breitbart News has obtained about the suspect’s likely addresses, together suggest that the suspect may, in fact, not have been registered to vote.”

Dylan Klebold, 17, and Eric Harris, 18, the Columbine killers, were not old enough to vote, and Hedgecock acknowledges that. But claims that their parents were Democrats and progressive liberals have no proof. Both youth admired Timothy McVeigh, according to published reports, not Ted Kennedy, as the email purports. There is no substantiation that the families were registered Democrats.

As is always the case with the Mighty Wurlitzer of the right-wing noise machine, they simply make shit up. Facts do not matter to propagandists.

The propaganda of the conservative media entertainment complex is making Tea-Publicans stupid, and is destroying our country. There is an “off” switch — use it!

By the way, Tea-Publican Adam Kwasman is quoted by the Daily Star as saying  he supports gun rights and said, “it’s a God-given, natural right to keep and bear arms.” Are you really that effin’ stupid? A “God-given right?” Where is that in the Bible, genius, since the first recorded use of a firearm was in 1364.

It was the Second Amendment, enacted through the legislative process of a government of the people and by the people who rejected the concept of the divine right of kings (God-given) with the American Revolution, that gave you that right. I’ll bet he even calls himself a “constitutional conservative” (an easy reference way to identify someone who does not know a damn thing about the Constitution).

Congresswoman Ann Kirkpatrick should have nothing to fear from this pair of Yahoos.

Gary Kiehne has apologized for saying most mass shootings in the U.S. are committed by Democrats.

On Monday, Kiehne issued a public apology and said his comments were inaccurate. He says he shouldn’t have made the remarks without any reservations.

Arizona House Speaker Andy Tobin is also running for the seat and said Kiehne should leave the race after a pattern of “bizarre and deeply offensive” remarks.

Seriously? Andy Tobin has a collection of “bizarre and deeply offensive” remarks of his own. That’s par for the course in the GOP.