Tucson voters have consistently for many years rejected this  idea. Whatever happened to “let the voters decide”?

The Courts have repeatedly rejected the Republican-controlled legislature’s attempts to dictate to Tucson when it should hold its local elections, and its city-wide council ward elections, all the way to the U.S. Supreme Court. Whatever happened to “Government is best which is closest to the people”?

At one time Republicans used to believe in these principles. Not the modern day version of authoritarian Rethuglicans in the Arizona legislature. They believe they have the right to disenfranchise voters of their choice and to dictate to local governments, like Big Brother, what they can and cannot do. “We decide, and you will obey.”

The city of Tucson asked the Arizona Supreme Court Tuesday to rebuff yet another effort by state lawmakers to tell charter cities when they must hold their elections.

The Arizona Constitution’s purpose in allowing cities to adopt charters was to give them control of matters of purely local concern, said Jean-Jacques Cabou, an attorney for the city.

And in this case, he said, Tucson voters have said they like having their elections in odd-numbered years so that local issues do not get swept up in, and buried under, debates about who should be president or governor or about statewide ballot issues.

“Let’s be clear: The electors of the city of Tucson have consistently and very recently have said, ‘We want odd-year elections, leave us alone,’” he told the justices, noting that Tucson voters decided as recently as November 2018 to keep their odd-year elections.

Under questioning from the court, Cabou conceded there are limits to local power.

“If the city of Tucson, or some other city for example, passed a law that said only property owners could vote in purely municipal elections, there’s no question that the state would have a constitutional imperative to step in and say, ‘No, no, no,’” he said. Such a provision would infringe on individual constitutional rights. 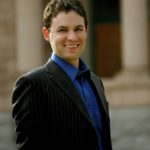 “But the question here is whether the state — and one legislator who doesn’t represent any part of the city of Tucson — can step up and say, ‘We want your elections to be when we say so,’” Cabou said.

He was referring to the fact the 2018 state law telling charter cities to hold their elections the same years as state elections was pushed through by J.D. Mesnard, a state senator from Chandler.

But Assistant Attorney General Beau Roysden said the members of the Republican-controlled Legislature who mandated consolidating elections have a legitimate interest in promoting voter turnout. And he said the 2018 law promotes that concern.

Are you fucking kidding me? The very same legislators who every year find new creative ways to engage in voter suppression, and who are currently seeking to disenfranchise millions of Arizona voters with their “stop the steal” investigation of the 2020 election are interested in “promoting voter turnout”? I’m surprised the Justices did not fall off the bench laughing out loud at this rank hypocrisy.

What the justices decide will have implications beyond Tucson. There are 19 [Charter City] communities in the state that have taken advantage of a provision in the Arizona Constitution allowing them to adopt charters to govern local matters which, until now, have included things like terms of office and when to hold elections.

An adverse ruling by the high court could open the door to state lawmakers imposing other restrictions on the power of councils in those charter cities to make their own decisions.

Tuesday’s hearing is the latest bid by lawmakers to exert their will on not just Tucson but charter cities.

That started in 2012 with a law requiring consolidated election dates. It was struck down by the state Court of Appeals, which said lawmakers had no statewide interest in interceding in what charter cities decide is a local matter.

The 2018 revision sought to get around the earlier ruling with a declaration calling it “a matter of statewide concern” to boost voter turnout. It says cities have to scrap their election dates if turnout at a local-only election was 25% less than in the most recent statewide election.

Putting this language in the preamble to this legislation changes nothing. The 2014 Court of Appeals ruling is still good law.

The Tucson turnout in 2019 was 39.3% versus 67% of Tucson voters who cast ballots in 2018. But the City Council ignored the new state law and set the next election for later this year.

The justices questioned Roysden on how any of that is a matter of “statewide concern.”

“Where’s the statewide interest of someone in Lake Havasu of when Tucson holds an election?” asked Justice Bill Montgomery.

Roysden said the statewide interest is “allowing their citizens to effectively vote.”

But Justice Andrew Gould suggested Roysden was confusing this with the state’s interest in protecting the individual right to vote.

“Our laws certainly say we can’t burden it, we can’t discourage it, we can’t limit it through either expenditures or overly restrictive regulations in terms of access,” he said. “Where do you derive this statewide interest to increase voter participation?”

Sounds to me like someone needs to go back to law school for some remedial education.

“I don’t agree,” Roysden responded. That assertion got Montgomery’s attention.

“So the state Legislature could penalize people that don’t vote?” he asked.

Cabou picked up on that point, telling the justices that Roysden is effectively arguing that having more people vote will lead to a better outcome – a Republican outcome.

Note: Tucson may be a liberal blue island in a sea of red in Arizona, but in my lifetime a number of Republicans have been elected council members and long-term mayors. There is nothing inherently unfair to Republicans getting elected in Tucson. They just typically run terrible candidates. Mesnard’s objection is that the current Tucson mayor and council are all Democrats, duly elected by the voters of Tucson.

Cabou also disputed the state’s argument about the inherent constitutional right of the Legislature to set policy on local elections.

“The same constitution that created the Legislature created charter cities and created this court,” all of which have a role, Cabou said. In this case, he said, the framers gave charter cities certain powers to be “laboratories of democracy to let them pick and choose how they elected their leaders and structure their government.”

That all would be undermined “if the state is allowed to impose its will on the electoral plans of the charter cities,” Cabou said.

Anyone who has ever worked elections in this state can tell you all about “down ballot drop off.” Many voters vote the top of the ballot and do not vote down ballot races, or for judicial retention, or for propositions. There is a high degree of probability that this proposal would actually reduce voter turnout in Tucson’s mayor and council elections. That’s the very reason why these elections are held in “off years” – so voters can focus their attention just on the mayor and council races.

It’s a fool’s errand to predict a court ruling based on oral argument. After all, these are all Republican appointed Justices who may decide to do the bidding of Republicans in the Arizona legislature. But based upon this reporting, it sounds to me like the Arizona Supreme Court intends to follow the sound legal reasoning of the Arizona Court of Appeals from 2014, which it did not reverse, and will again reject this latest attempt by a Rethuglicans to dictate to the City of Tucson when it can hold its elections. Let’s hope so.