Memorial Service For Justice Ruth Bader Ginsburg Not Yet Finalized

Memorial Service For Justice Ruth Bader Ginsburg Not Yet Finalized

Justice Ruth Bader Ginsburg is expected to lie in repose at the Supreme Court for two days, according to two people familiar with the preliminary plans, a public ceremony that is expected to draw large crowds of admirers who have come to view her as a feminist icon and liberal hero. 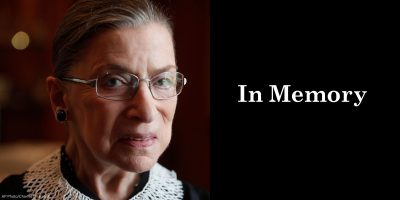 A ceremony inside the court is expected as early as Tuesday, according to someone familiar with the plan, followed by an outdoor viewing that would adhere to social distancing guidelines.

A small funeral service is also expected to be held for Justice Ginsburg, who died on Friday at 87, as well as a burial at Arlington National Cemetery later in the week. Her husband, Martin D. Ginsburg, was buried at Arlington in 2010.

On Saturday, however, those plans were still not made final and were subject to change.

A two-day public commemoration would be somewhat out of the ordinary — Justices Antonin Scalia, William J. Brennan Jr., John Paul Stevens and even Chief Justice William H. Rehnquist all lay in repose for one day, said Barbara A. Perry, the director of presidential studies at the University of Virginia’s Miller Center. Justice Warren E. Burger lay in repose for only 12 hours.

But a crush of admirers was expected to turn out to mourn the passing of the second woman to serve on the Supreme Court, who had become in recent years an unlikely cultural icon.

“I had to wait three hours to see Justice Scalia,” said Ms. Perry, who recalled paying her respects at the court after his death in 2016.

Ms. Perry, who also served as a researcher for Chief Justice Rehnquist, said she expected the outpouring for Justice Ginsburg to be exponentially larger.

“The steps were decorated last night in her honor; it was like a Princess Diana moment,” she said, referring to the impromptu gathering of admirers that formed on the steps of the Supreme Court on Friday night after the news broke that the justice had died.

Justice Ginsburg was deeply identified with her Jewish faith and did not sit in court on High Holy Days, even though she was not particularly observant and rarely attended services, former clerks said.

Jewish custom would mean that Justice Ginsburg would have to be buried on Monday, but Judaism is also flexible on matters of burial, and a rabbi could preside over a private funeral days later.

For justices who die while still sitting on the bench, the longstanding tradition, dating to the late-19th century, is to drape the doors of the courtroom and the justice’s seat in black wool crepe.

The Lincoln catafalque, which was used for President Abraham Lincoln’s coffin when his body lay in state in the Capitol Rotunda in 1865, has typically been borrowed from Congress and used in the Supreme Court building. And if there is an official portrait, it is also typically displayed, as the clerks stand in honor of the justice who has died. There is a signing book for people who have come to pay their respects.

In the past, the current justices have all stood on the steps of the court to receive the coffin.

On Saturday, all eight remaining justices expressed their grief at the loss of their colleague. “We at the Supreme Court have lost a cherished colleague,” Chief Justice John G. Roberts Jr. said in a statement. “Today we mourn, but with confidence that future generations will remember Ruth Bader Ginsburg as we knew her — a tireless and resolute champion of justice.”

I will update when more information becomes available.