Restaurants Face An ‘Extinction Event,’ While Republicans Are Sabotaging The Economy

Restaurants Face An ‘Extinction Event,’ While Republicans Are Sabotaging The Economy

In September, the National Restaurant Association released a survey which showed nearly 1 in 6 restaurants (representing nearly 100,000 restaurants) is closed either permanently or long-term; nearly 3 million employees are still out of work; and the industry is on track to lose $240 billion in sales by the end of the year. 100,000 Restaurants Closed Six Months into Pandemic.

The survey also found that 40% of operators think it is unlikely their restaurant will still be in business six months from now if there are no additional relief packages from the federal government. The Association highlighted this for Congress and the Trump Administration in a letter sent today, asking them to use bipartisan support to pass small business programs in stand-alone bills.

There is a bipartisan stand-alone bill pending in Congress for months now, “The Real Economic Support That Acknowledges Unique Restaurant Assistance Needed to Survive” (RESTAURANTS) Act of 2020.

In October, Independent restaurants urgeg the Senate to pass a relief bill before it’s too late:

Several members of the Independent Restaurant Coalition, a trade group formed this year to lobby for an industry devastated by the coronavirus pandemic, said Friday that if the U.S. Senate doesn’t pass a relief package similar to the House’s revised Heroes Act, it could lead to the closure of 85 percent of small restaurants by the end of the year.

Besides another round of Paycheck Protection Program money for small business, the $2.2 trillion Heroes Act, passed by the House on Thursday, includes a restaurant revitalization fund, which would provide $120 billion to help independent restaurants and bars with fewer than 20 locations. The fund, based on the Restaurants Act introduced by Rep. Earl Blumenauer (D-Ore.), is seen as essential to prop up a hospitality industry expected to lose $240 billion this year.

“Without passage of this restaurant relief program, there is no light at the end of the tunnel. Time is running out to save us. Literally, winter is coming,” said Andrew Zimmern, the TV personality, chef and restaurateur. “Tens of thousands, if not hundreds of thousands of restaurateurs, will have no choice but to call it quits.”

Zimmern echoed a comment he made earlier this year as restaurants were heading into the cold-weather months: Without federal assistance, there could be an “extinction event,” with “as many as 85 percent of those businesses closing between now and December. So the bottom line is simple: If the Senate wants to revive the economy and protect millions and millions of jobs and our trillion-dollar industry, they need to pass the restaurant revitalization fund now. This cannot wait until after the election.”

The revitalization fund will be different from Paycheck Protection Program money, the proprietors said. For starters, only about $45 billion of the first round of PPP loans went to hotels and restaurants, and even a smaller amount went to independent restaurants, said Jeff Solnet, a spokesman for the coalition. But the PPP money was also restricted, mostly to rehire employees. If used properly, the PPP loan would convert to a forgivable grant. If not, it would remain a small-interest loan for restaurateurs who could little afford more debt.

The revitalization fund would issue grants to eligible independent restaurants. The grants would allow more flexibility on how the cash is spent: Owners can use them to pay vendors, cover rent, keep employees on staff or buy more protective equipment for staff and guests. They would be a “true lifeline” for small restaurants, said Caroline Styne, co-founder of the Lucques Group in Los Angeles.

“This could really create a way for us to survive this. I experience this myself everyday in our restaurants,” Styne said. “We are really on the brink.”

“The Enemy of The People,” Senate Majority Leader Mitch McConnell and his obstructionist Senate Republicans have failed to act to prevent an “extinction event,” with “as many as 85 percent” of restaurants and bars closing between now and the end of the year.

The federal government is currently sitting on a pile of unspent Paycheck Protection Program money from the CARES Act, because the program was poorly designed and administered, and short-lived. Rather than repurpose this existing pile of appropriated money to save the nation’s restaurant industry from an economic “extinction event,” the Trump administration is focused on sabotaging the economy for the incoming Biden administration.

When policymakers approved the CARES Act in March, the massive federal response to the coronavirus pandemic included several emergency lending programs to prevent deeper economic losses. With the economy still struggling, common sense suggests those programs should continue in the coming months, taking advantage of money that hasn’t yet been spent.

The Trump administration, however, disagrees. Earlier this week, the Federal Reserve explicitly requested that Treasury Secretary Steven Mnuchin extend the lending programs beyond Dec. 31 — a legal option under the CARES Act — but the cabinet secretary refused, insisting instead on pulling the plug.

As Neil Barofsky, the former special inspector general for the Troubled Asset Relief Program, explained this week, “The decision appears intended to limit the incoming Biden administration’s options to deal with the continuing crisis.” 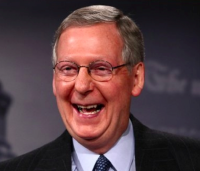 Treasury Secretary Steven Mnuchin will put $455 billion in unspent Cares Act funding into an account that his presumed successor, former Federal Reserve Chair Janet Yellen, will need authorization from Congress to use. Mnuchin plans to place the money into the agency’s General Fund, a Treasury Department spokesperson said Tuesday. That fund can only be tapped with “authority based on congressionally issued legislation,” according to the Treasury’s website. The money includes $429 billion that Mnuchin is clawing back from the Federal Reserve — which backed some of the central bank’s emergency lending facilities — and $26 billion that Treasury received for direct loans to companies.

If Janet Yellen is confirmed as Treasury secretary, she’ll able to use just under $80 billion in the department’s Exchange Stabilization Fund to bolster the economy. Were it not for Mnuchin’s latest actions, Yellen would have access to a pot of resources nearly six times larger to work with. 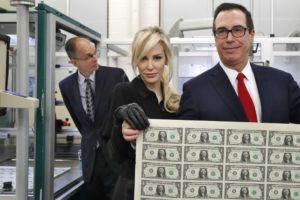 The outgoing Treasury secretary doesn’t have to do this. As Bloomberg News’ report added, “Mnuchin isn’t required to move the money into the General Fund — the Cares Act states that the Treasury Department can maintain access to the money by keeping it in its Exchange Stabilization Fund until 2026.“

But Trump’s Bond villain cabinet secretary is doing it anyway.

But on their way out the door, Trump and his team appear a little too eager to salt the earth behind them.

Chris Hayes has been making a similar case for this “salt the earth” theme of sabotaging the economy ahead of the incoming Biden administration by the Trump administration.

The upper chamber voted 50-47 against a move that would have advanced the nomination by limiting debate, typically a death knell because the opposition simply could block the vote from ever coming to the full floor.

The only avenue for Shelton to get through would be if Senate Majority Leader Mitch McConnell can get at least 50 votes together. Following the vote, McConnell moved to preserve his right to bring Shelton’s name up again for consideration.

In case of a 50-50 split, Vice President Mike Pence would be called on to break the tie.

So you’re telling me there’s still a chance – should “The Enemy of The People,” Senate Majority Leader Mitch McConnell and his obstructionist Senate Republicans move to reconsider the vote for the purpose of sabotaging the incoming Biden administration.

Paul Waldman of the Washington Post is also making a case for this “salt the earth” theme of sabotaging the incoming Biden administration by the Trump administration. On his way out, Trump salts the earth behind him (excerpt):

This was probably the way we should have expected President Trump to finish his time in the White House: whining, lying, ignoring the duties of his office, desperate to keep his scam going and focused only on himself. But that Trump is being Trump should not for one second blind us to what is happening right now and how damaging it is. The destruction of the past four years was apparently not enough for him. So on his way out the door, Trump is salting the earth behind him.

No president in American history has ever before spent the end of his time in office trying to discredit our democracy, degrade the federal government and set Americans against each other. And what of the Republican Party? They, too, are finishing the Trump presidency the way they started it, with a show of complicity and cowardice.

So please, let’s not hear anyone praise those few Republicans willing to say that Biden is going to be president and the transition should proceed with some measure of professionalism. That’s nothing to be proud of. What we deserve is to hear Republicans say to Trump, “Stop this right now. You are hurting the country.”

But there are none who will do so. So to them we should say: The leader of your party is pouring poison into our national bloodstream, and if you can’t find the courage to say it’s wrong, don’t ever try to tell us again how patriotic you are.

Members of the chamber of commerce organization Restaurant Associations tend to be Republicans – yet it is the Republicans that they helped to elect to Congress who are sitting on their hands and doing nothing to provide economic relief to an industry in dire economic straights and facing an “extinction event,” with “as many as 85 percent” of restaurants and bars closing between now and the end of the year.

How much does it take before restaurant and bar owners are willing to say “enough is enough” and hold these Republicans accountable for their purposefully destructive actions? Your livelihood depends on it.