Home/Courts & Law, COVID-19 & Healthcare, National Politics/The AMA hedges its bets on opposition to Medicare for All (doctors do a fact check)
Previous Next

The Hill reports that “The American Medical Association (AMA), the nation’s main group for doctors, announced Thursday that it is leaving a coalition fighting “Medicare for All,” a blow to the industry’s efforts to push back on the progressive proposal.” American Medical Association leaves coalition fighting ‘Medicare for All’:

The AMA said it is leaving the industry group called the Partnership for America’s Health Care Future, which has been running ads against Medicare for All and public option proposals from the leading Democratic candidates for president.

However, the doctors group’s CEO, Dr. James Madara, said in a statement that the AMA still opposes Medicare for All. It just wants to focus its energies on advocating for solutions, such as improving ObamaCare by making its subsidies for helping people afford coverage more generous.

“The American Medical Association (AMA) firmly believes that the best pathway to expand affordable, high quality health insurance coverage to all Americans is through a mix of private and public health insurance options,” Madara said in a statement. “We remain opposed to Medicare for All, and policies that reduce patient choice and competition, and are built on flawed financing policies.”

The news was first reported by Politico. 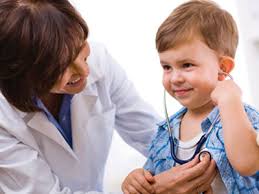 The AMA is internally divided on whether to maintain its decades-long opposition to single-payer health care. Many young doctors tend to be more supportive of the idea than their older counterparts.

Amid that debate, the AMA is deciding to focus on advocating solutions, though more incremental ones than Medicare for All.

“Practical solutions have been identified and continue to be championed by the AMA,” Madara said. “The AMA decided to leave the Partnership for America’s Health Care Future so that we can devote more time to advocating for these policies that will address current coverage gaps and dysfunction in our health care system.”

The anti-Medicare for All coalition still has many powerful industry groups in it, including the American Hospital Association and the Pharmaceutical Research and Manufacturers of America.

In a statement, the Partnership for America’s Health Care Future emphasized that the AMA still opposes Medicare for All.

Two of them, Eve Shapiro a pediatrician, and Paul Gordon a family practice physician, in an op-ed at the Arizona Daily Star write We’re doctors, and we’re debunking myths about Medicare for All:

As physicians who have been working on improving our health care system by implementing an improved “Medicare for All,” we are dismayed by the current debate on health care reform, both on the part of the journalists and politicians.

We hope to clear up some of the myths that have been commonly portrayed in the media.

Myth No. 1: Medicare for All will cause Americans to lose their private health insurance coverage.

Fact: yes, but it will be replaced by a comprehensive government-financed (not government-controlled) insurance plan that will cover all Americans and include all physicians.

Your current physician from your private health insurance plan, will be part of the Medicare for All plan. There will be no out-of-pocket costs, no copays, no deductibles, no surprise billing or risk of medical bankruptcy.

After all, what do private insurance companies contribute to health care other than adding to complexity, paying CEOs exorbitant salaries (in the 100s of millions of dollars) and reaping enormous profits? Right now, over 20% of all the money spent on health care goes to these companies, which provide no benefit.

That money could be used to insure the 20 million Americans without health coverage now.

Yes, Medicare for All will be paid for by a progressive tax and possibly other taxes on the wealthy and financial transactions. For the vast majority of Americans, their costs on health care will drop significantly.

Currently, health insurance costs the average family of four over $12,000 a year from premiums, copays and deductibles.

This will be replaced by an equitable tax based on income and most people will wind up paying far less in new taxes than they are currently paying for all of their healthcare costs.

Currently, the U.S. pays more than twice as much as most other developed countries and our health outcomes are worse than theirs. These other countries all have a version of single-payer, and if they have any private insurance, they are closely regulated and must be nonprofit.

In other words, we can’t afford NOT to introduce Medicare for All because our current costs are going to keep rising.

Changes in employment or marital status, reaching age 26, or increased income above eligibility thresholds for Medicaid or exchange subsidies currently disrupt coverage for needed care. Improved Medicare for All is cradle to grave coverage that each of us can afford.

Having no cost at the time of service is important to avoid disruptions. Medicare for All is actually less disruptive.

Myth No. 5: We need to take smaller, safer steps.

Incremental steps, such as a Medicaid or Medicare public option, have been proposed by several of the Democratic candidates.

Yet it is putting a Band-Aid on a dirty, infected wound and won’t solve our health-care problems. For-profit insurance companies collude with the drug and large hospital corporations, creating the current extreme costs for health care and gaps in care that are so prevalent in our country.

It will eliminate the financial burden of premium, deductibles and copays so nobody would ever have to choose between paying their bills and going to the doctor; medical bankruptcy will be a thing of the past.

A reminder: A three-judge panel of the Fifth Circuit Court of Appeals heard oral arguments in early July in the case of Texas v. Azar, a federal lawsuit in which the Trump administration and Republican states attorneys general are trying to kill the Affordable Care Act based on a technicality related to Congress’ removal of the individual mandate tax penalty two years ago. States Battle Over Affordable Care Act in Fifth Circuit. The panel is expected to issue its ruling within months, and an appeal to the Supreme Court or to the Fifth Circuit en banc is expected whatever the panel decides.

The AMA’s focus on making incremental changes to “Obamacare” will be blown away should this case ever make it as far as the U.S. Supreme Court and Chief Justice John Roberts decides that he wants to overturn “Obamacare” on a specious tax argument. The AMA has to hedge its bets.

The nation’s health insurance system would be completely disrupted by such a decision, creating a crisis in which millions of Americans who now enjoy coverage for preexisting conditions, coverage for children to the age of 26, expanded Medicare covered services, and expanded Medicaid eligibility would lose the medical coverage that they now enjoy. Some lives will literally be in jeopardy.

That Supreme Court decision, should it occur, would likely come during the last week of June next year, on the eve of the political parties’ conventions in July. It will lead to a long hot summer of political unrest and protests at those conventions. It will be an inflection point when Americans demand a solution to health insurance coverage that ends this long-running partisan debate once and for all.